Our guide to the cheapest ways to access global markets, including the UK, US and emerging markets. 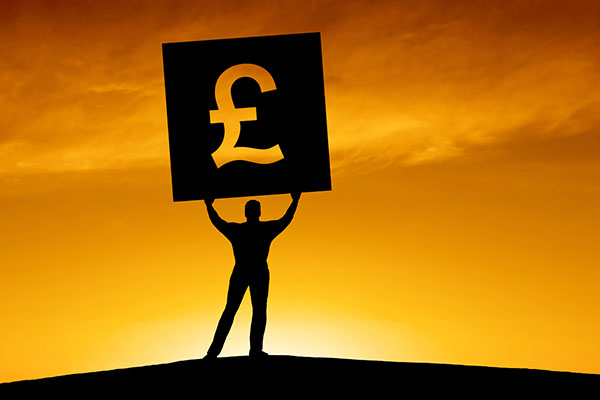 One of the biggest benefits of investing with exchange-traded funds (ETFs) is that they are cheap. In recent years, ETF providers have also engaged in fierce competition to offer investors the lowest price possible.

Below, we examine some of the cheapest ETFs that are both listed on the London Stock Exchange and available through interactive investor.

The FTSE 100 is one of the most recognisable indices in the world. As a result, investors can find several very cheap ETFs tracking the index. For instance, both iShares Core FTSE 100 ETF (LSE:ISF) and HSBC FTSE 100 ETF (LSE:HUKX) charge just 0.07%.

However, as cheap as these ETFs are, they are not actually the cheapest way to access the UK market. Lyxor Core UK Eq All Cap (DR) ETF (LSE:LCUK) charges just 0.04%, making it one of the cheapest ETFs available to UK investors.

LCUK, as its name suggests, does not track the FTSE 100, but the Morningstar UK Index, which is slightly different. Whereas the FTSE 100 is the largest 100 companies listed in the UK, the Morningstar index has more than 300 constituents, giving it both large- and mid-cap exposure.

However, the two indices are not that different in practice. Both indices have similar top 10 weightings, and the sheer size of the largest holdings in the Morningstar index crowd out its additional smaller holdings. From the start of 2021 to the end of November, the Lyxor ETF provided a return of 15.7% compared to the iShares FTSE 100 ETF’s 15.5%.

Lyxor was recently acquired by Amundi, having previously been owned by SocGen.

The second cheapest ETF is the L&G UK Equity ETF (LSE:LGUK), with a charge of just 0.05%. This ETF tracks the Solactive Core United Kingdom Large & Mid Cap Index, with just over 100 stocks. Despite the different index, it has also provided a return similar to the other ETFs, at 15.6%

The cheapest way to gain passive exposure to US stocks is not through an ETF tracking the flagship S&P 500 index. Instead, it is the Lyxor Core US Equity (DR) ETF (LSE:LCUD), which charges just 0.04%. LCUD tracks the Morningstar US index, comprised of almost 700 stocks.

The next cheapest ETFs for the US market are the Invesco MSCI USA ETF (LSE:MXUS) and the Invesco S&P 500 ETF (LSE:SPXP), with both charging just 0.05%. These are the two cheapest ways to gain exposure to either the S&P 500 or the MSCI USA Index.

As has often been noted, there can be slight differences between the two indices. The S&P 500 has strict and unique inclusion requirements compared to other indices, with stocks required to be profitable over a certain period of time. The index also has a selection committee, which makes discretionary judgements about inclusion.

Passive exposure to Europe is not straightforward, as there is not singular definition of what “Europe” actually is.

These two ETFs will give you exposure to the EURO STOXX 50 index. It tracks the 50 biggest stocks from the 11 countries in the eurozone – that is, countries that use the euro. As a result, the index is dominated by France (32%) and Germany (27%). Also accounting for a reasonable share are the Netherlands (20%), Ireland (6%) and Spain (6%).

Another option is the Lyxor Core STOXX Europe 600(DR) ETF (LSE:MEUD). This ETF charges 0.07% and tracks the STOXX EUROPE 600 index. Not only is this index larger than the EURO STOXX 50, it is also not restricted to just eurozone markets. As a result, it has around 20% exposure to the UK and 15% to Switzerland.

For those seeking global exposure, one of the cheapest options is the L&G Global Equity ETF (LSE:LGGL), which charges 0.11%. This ETF tracks the Solactive Core Developed Markets Large and Mid Cap Index.

Slightly more expensive is the SPDR® MSCI World ETF (LSE:SWRD). It tracks the MSCI World Index, composed of around 1,500 companies across 23 developed markets, for 0.12%.

The Lyxor Core MSCI World (DR) ETF (LSE:LCWD) also uses this index and can be tracked for the same price.

For those who want their global exposure to also include emerging markets, the ETFs are slightly more expensive. For example, there is the iShares MSCI ACWI ETF (LSE:ISAC), which charges 0.2%. Alternatively, the Vanguard FTSE All-World UCITS ETF (LSE:VWRD) charges a slightly higher 0.22%.

Generally, it is more expensive to track emerging markets with ETFs. The index is less frequently traded and composed of less liquid stocks.

However, that is not to say exposure cannot be achieved at a reasonable price. The Lyxor MSCI Emerging Markets ETF (LSE:E127) is the cheapest, with an ongoing charge of 0.14%. Next there is the HSBC MSCI Emerg Mkts ETF (LSE:HMEM), charging 0.15%. Both track the MSCI Emerging Market index, composed of around 1,400 large- and mid-cap stocks.

For the same ongoing charge, investors can also access emerging market shares without China, which currently accounts for around 40% of the index. The Lyxor MSCI Emerging Mkt Ex China ETF (LSE:EMXC) charges 0.15%.

There is also the iShares Core MSCI EM IMI ETF (LSE:EIMI), which charges 0.18%. It tracks the MSCI Emerging Markets Investable Market Index. In contrast to the other index, this one also includes small-cap stocks, giving it just over 3,000 constituents. There is also an ESG-screened version of this ETF for the same fee; the iShares MSCI EM IMI ESG Scrn ETF (LSE:SAEM)

As noted, China dominates the emerging market index, with a weighting of almost 40%. However, for those who specifically want China exposure, there are several competitively priced ETFs.

The cheapest is the Franklin FTSE China UCITS ETF (LSE:FRCH) with an ongoing charge of 0.19%. The ETF tracks the FTSE China 30/18 Capped Index. This index is composed of 872 Chinese companies. As the index’s factsheet notes: “To limit over-concentration in any single security, constituents are capped quarterly so the largest company’s weight does not exceed 30% and any remaining company weight does not exceed 18%.”

For the broader Asia-Pacific region, the cheapest option is the L&G Asia Pacific ex Japan Equity ETF (LSE:LGAP), which has a charge of 0.10%. This ETF tracks the Solactive Core Developed Markets Pacific ex Japan Large & Mid Cap Index. Its biggest weighting is Australia, accounting for almost 60%, followed by Hong Kong at 20%.

The next cheapest is the Vanguard FTSE Dev AsiaPac exJpn ETF (LSE:VDPX), for 0.15%. This tracks a slightly different index, the FTSE Developed Asia Pacific ex Japan index. Australia is still the biggest holding, accounting for around 40%. This is followed by Korean equities, at around 30%.

Active funds are often viewed by investors as a more favourable route for Japan exposure. However, Japan is one of the most efficient markets in the world, so investors might want to consider passive exposure. If they do, there are several reasonably priced options.

The cheapest is the Xtrackers Nikkei 225 ETF (LSE:XDJP), which charges just 0.09%, and tracks the famous Nikkei 225 Index.

This index is price-weighted, not market-capitalisation-weighted. This means that the trading price of a stock determines how much of the index it makes up. According to most investors, this method is inferior to a market-capitalisation weighting, in which the proportion that each company represents in the index is the result of its share price multiplied by the number of shares in circulation.

For just one basis point more, investors can buy a market-cap weighted ETF, the L&G Japan Equity ETF (LSE:LGJP). This ETF charges 0.10% to track the Solactive Core Japan Large & Mid Cap Index, which is supposed to give exposure to large- and mid-cap publicly traded Japanese companies, with some ESG screening.

There is also the Lyxor Core MSCI Japan (DR) ETF (LSE:LCJP) which tracks the MSCI Japan index for 0.12%.