Next leg up in the making…Market cap of 29 million is still a gift here …Licensing Deals for TPR100 and CSD and the approval of TPR100 are the news to come in first half of this year .still a super strong buy here

What share prices did the major shareholders buy on average?

Thanks for the link BB. Just watched the interview now and I thought it was a really good professional interview from Ken James.

hehe no, I mean the big shareholder like Lombard Odier Asset Management, T. Adams, Robin Anthony Lamb and and and…

fum on the move again ,load up guys while its still terrible undervalued .New recommendation out today for our fum 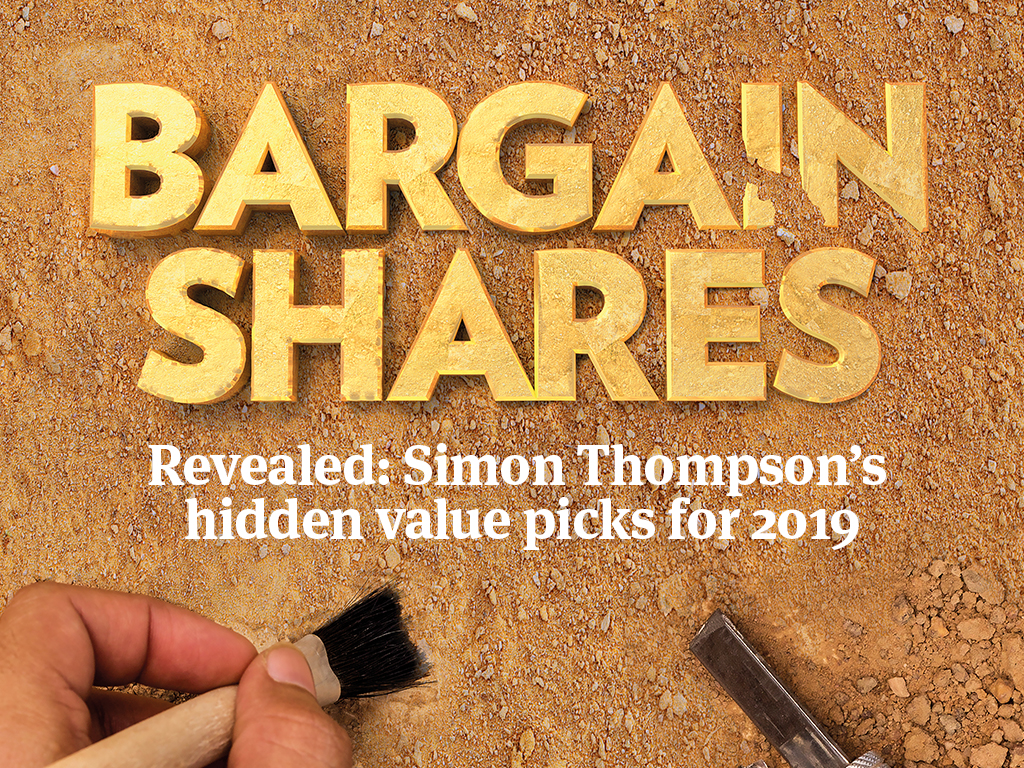 Shares inFutura Medical (FUM), a pharmaceutical company that is developing a portfolio of innovative products based on its proprietary, transdermal Dermasys drug delivery technology and one that is focused on sexual health and pain, have been battered in the past 12 months, shedding 70 per cent of their value. They are also priced almost 90 per cent below their all-time high of 110p hit in 2012 after long-suffering shareholders became increasingly frustrated at the lack of licensing deals to monetise the company’s intellectual property.

However, sentiment has improved markedly since the company raised £5.85m, at 7p a share, through a placing and open offer last October. This boosted Futura’s cash pile to £11m and has provided the cash required for the company to take its flagship product, MED2005, a breakthrough topical gel for erectile dysfunction (ED), through Phase III development with a view to seeking a partner or selling the asset. Please note that MED2005 is the codename used by Futura for the ‘locked’ formulation for use in clinical trials. MED2002 is the codename used by Futura for all proprietary formulations of glyceryl trinitrate (GTN).

The cash raised also provides additional headroom for the long-term, open-label arm of the Phase III trial in Europe, which will provide additional safety reassurance as well as enabling Futura to conclude arrangements for a second, confirmatory Phase III trial. Expect top-line Phase III data from the first trial to be announced at the end of 2019.

It’s easy to see why investors are becoming enthusiastic as MED2005 has the potential to be a highly differentiated therapy for the treatment of men with ED, especially in mild and mild-to-moderate cases. MED2005’s rapid onset of action means that it has potential to become the world’s fastest-acting treatment for ED, with a speed of onset of around five minutes. Its rapid clearance offers a favourable safety profile too.

An earlier Phase I pharmacokinetic study highlighted that doses of 0.2 per cent, 0.4 per cent and 0.6 per cent of GTN were shown to be safe and well tolerated, along with an absorption profile to similar systemic doses of GTN in the form of Nitrostat. This will be the reference drug for safety, if Phase III data are positive, in the planned regulatory filings.

The Phase III study builds on Futura’s promising Phase II data, particularly in mild and mild-to-moderate ED patients, as scientifically published in the Journal of Sexual Medicine. This demonstrated rapid speed of onset with 44.2 per cent of patients reporting a positive impact within five minutes and 69.5 per cent reporting it within 10 minutes. This is significantly faster than oral PDE5 inhibitors (Viagra and Cialis) which typically have an onset of action of between 30 and 90 minutes.

Moreover, patient uptake research conducted by Cello Healthcare has highlighted that more than half of physicians consider that MED2005 is a significant improvement over currently available ED treatments and believe it could attract high levels of patient uptake, ranging from 20 to 33 per cent of the potential patient pools. In addition, at least 10 per cent of patients are unable to take oral inhibitors because they are on nitrate therapy, so would benefit from MED2005. An average of 72 per cent of physicians considered that helping to restore spontaneity and intimacy in their sexual relationship would be very appealing to their patients too.

Details of the Phase III study

The first European Phase III study of MED2005 involves the participation of 1,000 patients in 61 centres across nine countries: Czech Republic, Hungary, Poland, Slovakia, Georgia, Russia, Ukraine, Latvia and Bulgaria. The protocol is to incorporate feedback received from potential commercial partners, opinion-leading clinicians and also US and EU regulatory agencies to optimise the commercial value and maximise the likelihood of regulatory approval.

The market for ED undoubtedly offers Futura a huge opportunity. Independent market research conducted on the company’s behalf indicates MED2005 could generate potentially $1bn (£781m) in annual sales from both prescription and over-the-counter sales priced at $5 (£3.90) per dose. The prescription market alone was worth over $5.6bn in 2016. The profit margin on the product, which will have patent protection, is massive, too, as the cost is expected to be under €0.30 per dose (26.5p). Extensive work is being carried out to produce the chemistry, manufacturing and controls package required for regulatory submission and to establish the supply chain. A huge addressable market and profit margin makes this a blue-sky opportunity. However, it comes with a fair amount of risk too.

Other products in the portfolio

That said, the company is not a one-trick pony. Although the focus is firmly placed on the planned Phase III programme on MED2005, Futura is exploring ways to ensure income streams for its Erotogenic condom (CSD500) and pain relief gel products.

The rapid skin permeation rates enabled by Futura’s transdermal delivery system, DermaSys, offer potential benefits in pain management, including: improved onset of action, duration and degree of pain relief. Futura has demonstrated statistically significant results from its two non-steroidal anti-inflammatory drug programmes, TPR100 (2 per cent diclofenac gel) and TIB200 (10 per cent ibuprofen gel), in a clinical study. TPR100 is partnered for manufacturing and distribution in the UK with Thornton & Ross, one of the UK’s largest consumer healthcare companies.

Bearing this in mind, last summer Thornton & Ross filed the product’s marketing authorisation application with the UK Medicines and Healthcare Products Regulatory Agency. Futura has received expressions of interest from a number of parties that will enable the company to expand the geographical reach of TPR100, and in particular within the EU. However, it is awaiting regulatory authorisation in the UK, expected in 2019, before progressing further.

Futura’s CSD500 condom contains the erectogenic Zanifil gel and benefits from three clinically proven claims: the maintenance of a harder erection, maximising penile size and a longer lasting sexual experience. Futura’s unique intellectual property for CSD500 has been protected throughout the world through the filing and granting of a range of patents. Both of the company’s manufacturing partners have the required approvals to ship CSD500 to any country in which the product is approved.

However, Futura does not have the marketing or regulatory resources to support the day-to-day requirements in a growing compliance-driven medical device market and is focusing its efforts on licensing the condom product and/or technology with partners. Futura still expects to benefit from the intellectual property of CSD500 through potential royalties, but in the absence of a large global brand ‘carrier’ to take the product forward, the immediate potential for substantial royalties is low. Discussions are ongoing with potential partners to license the product in a number of markets, but this has been the case for some time.

Ultimately, the investment case rests on Futura delivering positive data results on the Phase III study of MED2005 to support the potentially huge market opportunity for the product. There is no hiding from the fact that the shares are speculative, and are highly volatile so not for the faint-hearted. But equally the company’s market capitalisation of £30.2m could increase several times over if the ongoing Phase III study proves successful, and a licensing deal with a partner is signed or the product is sold. Please note that the company will be hosting an R&D day for analysts and institutional investors on Monday 11 February 2019. Speculative buy.

I was actually very impressed with Kens video, wish he would do more. Looks like we are in good hands for the next two presentations. It even made me buy more…

kaaaaboooom she is running again , maybe some good news coming next monday at the R&D day…strong buy

expect more good news on the upcoming R&D day next monday so prepare for a another boost in share price .

The event will feature a presentation from a Key Opinion Leader in erectile dysfunction (“ED”) and will provide an opportunity to hear about the Company, its R&D strategy with a focus on its DermaSys® drug delivery technology and lead product MED2005, a topical glyceryl trinitrate (“GTN”) gel for the treatment of ED.

kaaaaaaaaaaaboooooooom now at 17p and still heavily underpriced with a ridiculous valuation of 34 million enjoy the ride guys i think we could see 80-100p even before P3 results .

Near 700k GBP worth of shares traded today, volume high, convinced something is going on.

Something is definitely going on, the volume of trades has been high for the past 3 weeks.

Someone’s buying in big at the moment.

Looking good for the rest of the week, especially with the R&D day next week.

Wouldn’t surprise me if we hit 20 by the end of the week.

ED is a $5.6 BILLION Market and growing our MED has the potential to capture a very large stake of that market because of its great safety profile and strong efficacy . Thats why this pure Goldmine valued at laughable 35 million should be at minimum £1-1.50 RIGHT NOW alone for the MED Asset . This one is still a monster buying opp and 2019 will be the most important year for Fum ever .Buyout or a Mega deal is still likely before phase 3 readout .

Fum and Amyt are my top favorites biotechs for 2019 … Just bought a position in Amryt Pharma (Amyt) last week who also awaiting final phase 3 results in 2H 2019 for their potential Blockbuster . The company has also a very low valuation of just 44 million .Just in the case if you looking for a another big opp.

EB is a devastating, rare genetic skin disorder that can cause skin to blister and tear from the slightest friction or trauma and can, in some cases, cause blistering and erosion of the epithelial lining of internal organs. EB is chronic, potentially disfiguring and life limiting. There are approximately 500,000 people living with EB worldwide and there are currently no approved treatments. It is estimated that the annual market potential for AP101 is more than €1 billion.

rallyyyyyyyyyyyyyyyyyyy this stock is running brutal i think there must be some major news on the way . Buyout ??

No surprise about the RNS about Lombard reducing their holding a little today.

On Monday someone was supplying the market with shares, lots of buys without the share price going up much.

Lombard probably taking some profit along the way.

Someone’s buying them shares though.

Hope everyone is OK and looking to get back on track with some posting. In the meantime I’ll let you have a read of exactly how the current trials are structured …………

Hey Tony, good to see you are back…AberdeenInvestor revealed himself yesterday on LSE…are you also active over there by any chance?

k
Things are finally going to turn your way, the TTT is becoming hotter than ever!
Let us enjoy this run!