It's one of the City's favourite mining stocks and the share price is reacting well to this first-quarter production report. 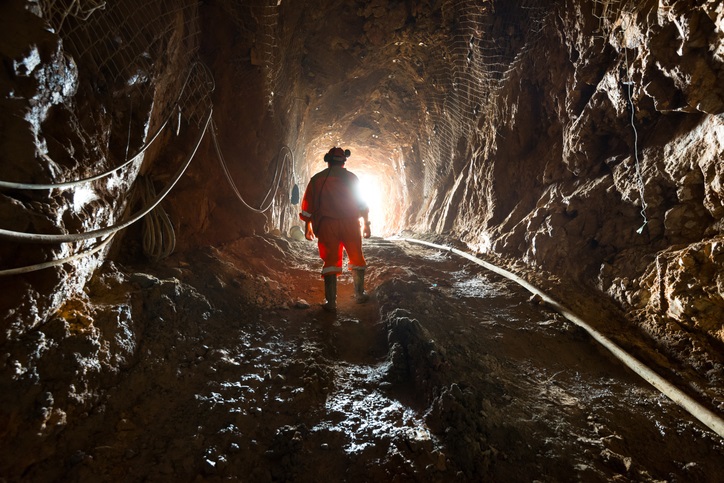 Alongside its operations spanning thermal coal, copper, cobalt, nickel, zinc and lead, Glencore sources and sells commodities and other products to customers worldwide.

The advantage of these activities was highlighted today when Glencore said tight physical market conditions and recent periods of extreme volatility had left its marketing segment trading well ahead of where it had expected to be.

Based on the first-quarter performance, full-year earnings in marketing would comfortably exceed the top end of its long-term earning range of between $2.2 billion and $3.2 billion (£1.8 billion and £2.6 billion)..

The guidance helped to offset downgrades to full-year estimates for production of copper and cobalt after a challenging first three months of 2022.

Copper production of 257,800 tonnes was 14% lower than 2021, reflecting temporary “geotechnical” constraints at its Katanga complex in the Democratic Republic of Congo.

High levels of Covid-related absences also impacted the company in Australia, where zinc production of 135,300 tonnes and lead production of 38,100 tonnes were down 9% and 19%.

The downgrades were offset by the strength of production in nickel and ferrochrome, which saw 3% upward revisions to 2022 forecasts.

Shares were 12.15p higher at 491.8p today, making Glencore the best-performing stock in another disappointing session for the mining sector.

As well as Covid disruption, valuations have been impacted by rising costs and fears that China lockdowns and rising interest rates mean many commodity prices have peaked.

Anglo American (LSE:AAL), which last week raised its cost guidance by 9%, fell another 41p to 3465p and is down 17% in the past fortnight. Glencore is off 8%, having recently been the subject of “buy“ ratings from Deutsche Bank and Goldman Sachs at 580p and 600p respectively.

One factor in support of Glencore has been the upward price of coal following the Ukraine war. Glencore operates about 26 coal mines across Australia, Colombia and South Africa, with an estimated 85% of this production exported to countries where coal continues to play a leading role in power generation given its reliability and affordability.

Glencore featured on a crowded risers board today as banks led by Standard Chartered (LSE:STAN) drove the FTSE 100 index 72.46 points higher to 7498.07, a level broadly unchanged by this afternoon’s figures showing a surprise contraction in first quarter US GDP.

On the corporate front, earnings figures continue to suggest that companies are managing to withstand the impact of rising prices and increased economic turbulence.

This was highlighted by medical devices firm Smith & Nephew, whose shares lifted 48.5p to 1,317p after it said its three divisions spanning orthopaedics, sports medicine and advanced wound management all posted growth in the first three months of 2022.

Guidance for the rest of the year is unchanged as Smith & Nephew (LSE:SN.) looks to benefit from a recovery in elective procedures following the easing of  Covid disruption. It is also eyeing a 50 basis point improvement in trading margin this year, despite input cost headwinds.