Price rises set for this Friday offers a timely reminder to take stock of your spending. 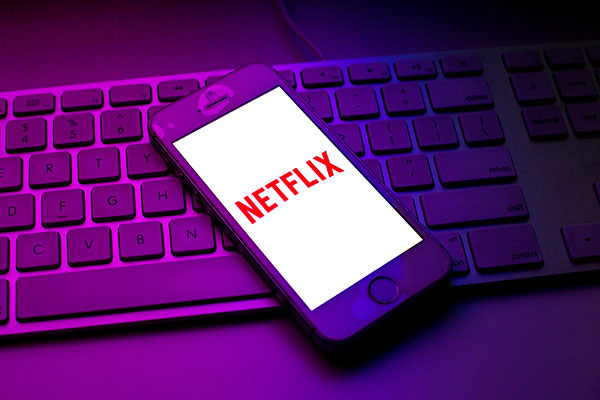 Commenting, Myron Jobson, Senior Personal Finance Analyst, interactive investor, says: “The escalating cost of living crisis has left many of us looking for ways to cut back on spending. A hike in the cost of a Netflix subscription, the second in less than 18 months, might seem modest but it could be enough to switch many off the streaming giant. In fact, it has already made an impact.

“Netflix recently announced that it had lost 200,000 subscribers globally during the first quarter and expects to lose two million global subscribers in the current quarter, with other streaming services such as Amazon Prime and Disney Plus gaining ground on the trail it blazed.

“Netflix reimagined what it means to watch TV in the 21st century, but is it still worth the money when so many other streaming services now exist? The answer ultimately depends on how often you use it.

“There is little point in paying a monthly subscription fee for something you seldom use. Similarly, if you are already subscribed to other streaming services, which you use more often, you may find a Netflix subscription just isn’t necessary. But equally, you might decide to trim other entertainment streaming services - there’s nothing wrong with being a ‘streaming surfer.’

“Netflix has a host of popular upcoming releases such as the upcoming season of Stranger Things, as well as some hidden gems – Arcane: League of Legends and All of Us Are Dead are personal favourites. Ultimately, the competition in the market should, in theory, keep the quality high across all the platforms. Just make sure you are not over-subsidising the entertainment giants if you aren’t avidly using them all. Streamlining your streaming services could save you a lot of money over the long term.”

A reminder to take stock of your spending habits

Myron Jobson says: “Whatever your stance, Netflix’s price rise offers a timely reminder to take stock of your monthly outgoings. Escalating inflation means that we are all spending more on the same things. From Netflix to newspapers, we pay for many goods and services that we used on a daily basis through monthly subscriptions.

“It is important to keep tabs on how many subscriptions you have, and carefully consider those that you no longer need or have been meaning to cancel but have never gotten round to.

“Most streaming services allow users to create separate accounts that can be personalised based on your preferences for a small additional fee. Sharing these streaming subscriptions within your household can be a much more cost-effective way to save money – it is worth looking at how many accounts you have between each of you in your household and working out if you can consolidate. Crucially, this is different from illegit password sharing – something Netflix is looking to crackdown on.

The cost of mobile tariffs and broadband contracts typically automatically rise every year in line with inflation.

Jobson adds: “In the same vein, it is well worth considering if you can save on broadband costs.

“If you've been with a broadband provider for a while, it is likely that any introductory offers will have expired, and you might be paying more than you need to. Shop around to see if you can get a better deal.

“The same goes for mobile phone contracts. For example, you can save big by skipping an upgrade. Sure, you might be missing out on a few of the latest ‘bells and whistles’ but forgoing an upgrade could save you a pretty penny that could shore up your financial position amid rapidly escalating prices.

“If you are happy with your current phone, however, you could stick with it and move on to a SIM-only deal, which is cheaper than a contract that comes with a phone. Or it might be cheaper to buy the handset and get a SIM-only deal separately than to opt for a package deal. Also, when it comes to usage, only pay for what you need. There is no point in paying a premium for data you won’t use.

“The take-home message today is – take the time to shop around! There is a good chance you are paying much more than you should be. Crucially, however – don’t forget to read the small print of your existing deals to ensure that you won’t be hit with a surprise cancellation penalty, and if there is a fee – it is one you are able to afford.”