End of furlough scheme is another threat to household finances, warns interactive investor. 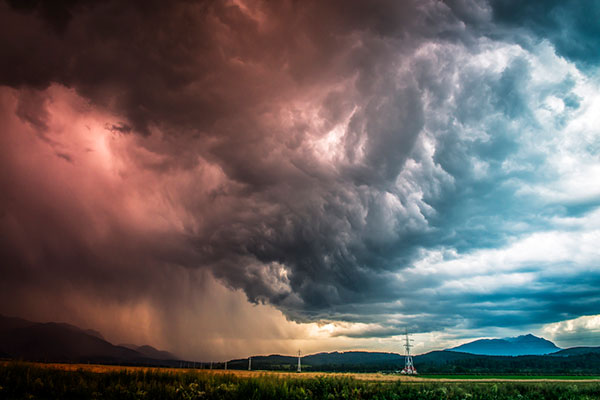 The winding up of the furlough scheme on 1 October threatens to add further pressure to household finances atop the triple threat of inflation, rising energy costs and Covid uncertainty, says interactive investor.

Consumers could also face an additional challenge of reining in spending which has escalated since lockdown. In a poll of 801 interactive investor website visitors between 3 and 6 September 2021, 40% of respondents said they spent more during summer than they did in lockdown, with 17% admitting dipping into their savings to do so.

Restaurants (67%) and holidays (39%) were the big spending items cited by the sample, followed by more essential expenditure on food (35%) and travel (32%)*.

Eating out (31%) and holidays (28%) remain the sources of expenditure that respondents expect to spend more on for the remainder of the year. Meanwhile, commuting costs rising was an expectation for only 7% of respondents, while 3% expect an uptick in childcare spend, which could suggest that working from home arrangements are still commonplace despite the scores of workers who have returned to office working in recent weeks.

In all, most of the sample believed they were spending within their means - only 6% expressed concern that they have spent too much and 4% are worried about being able to meet living costs as a result of overspending.

Myron Jobson, Personal Finance Campaigner, interactive investor, says: “Most respondents to our poll appear confident that they are spending within their means - most likely because of the bumper amounts many were fortunate to be able to squirrel away during the periods of lockdown. However, the scale of the uptick in the cost of living could knock even the most finely tuned budget off-kilter.

“The furlough scheme is set to be phased out come the start of October, yet the financial situation resulting from the pandemic has far from stabilised – which threatens to leave many Britons financially exposed as the perfect storm for personal finances lies on the horizon.

“Britons face a stark rise in the cost of living in the winter months. The Bank of England forecast inflation could reach 4% by the end of the year, and the spiking cost of wholesale natural gas is set to result in higher energy bills – meaning it will cost more to power the washing machine and even take a hot shower this winter as a result.

“The return of costs associated with working from the office such as commuting and childcare costs exacerbates matters for the scores who have transitioned from working from home in recent weeks, while plans to scrap the £20 uplift to the amount received by Universal Credit, could leave the nation’s most vulnerable on their knees.

“With Britons facing an unprecedented rise in the cost of living, it has never been more important to pay closer attention to your financial well-being and take some time to plan ahead to strengthen your finances. This may translate to doing an emergency budget, cutting down on non-essential spending and squirrelling away more money into a rainy-day fund, if you can afford to do so.

“Those worried about being unable to meet payment obligations should contact their providers for support.”

Becky O’Connor, Head of Pensions and Savings, says: “Just as our finances were turned upside down by lockdowns, the re-entry into more normal times has the potential to unwind some of the positive spin-offs we’ve experienced, such as being able to save more.

“For months, some people have experienced what it feels like to boost their pension pots and savings balances – particularly those who previously spent a lot on a commute or childcare – two massive cost burdens that decreased dramatically or were even non-existent for some during the last year and a half.

“It would be great if people could keep some of the more positive financial habits they’ve developed over recent months, such as long-term investing, despite a rise in living costs, and instead cut other forms of spending that have crept into their monthly budgets, such as entertainment subscriptions.

“In reality, the sudden rise in the cost of living from rising food and energy bills, as well as changes such as the end of furlough, are likely to put pressure on people’s ability to set aside savings to the same degree.”

Rising cost of living in numbers