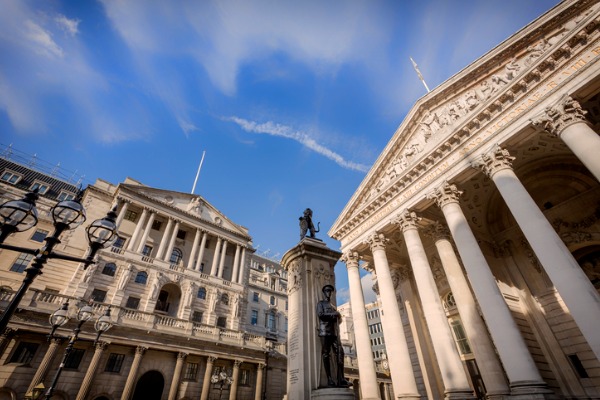 Commenting, Myron Jobson, Senior Personal Finance Analyst, interactive investor, says: “The fifth consecutive month of rate rises in a row means that the base rate now stands at its highest level since just after financial crash at 1.25%. What started off as a slow and steady journey to steer inflation towards a more manageable course is starting to look a bit more stomach churning for borrowers. The FCA is hyper alert to this, writing to more than 3,500 lenders today to remind them of the standards they should meet as consumers grapple with the rising cost of living, underscoring the seriousness of this.

“The hope is that a gradual uptick in interest rates will crush inflation without squeezing the UK economy. For consumers, the rate hike and the spectre of further increases could offer some form of reprieve from surging prices - but it also comes at a cost.

“Rising rates means that the cost of borrowing will go up, which spells bad news for the almost 2 million homeowners on variable rate and tracker mortgages and those who are approaching the end of a fixed rate home loan. We have seen rates go up by 1% since December last year, and if someone is reaching the end of their mortgage deal, they could see their new monthly payments go up by more than £1,380 per year based on an average UK mortgage of £138,000.

“Common borrowing arrangements such as a personal loan or car financing won’t usually be affected by changes to interest rates because a fixed rate of interest is typically agreed before the loan is taken out. However, the rate of interest applied to credit cards and overdrafts could go up - even though they are not directly linked to the BoE base rate.

“On the flipside, higher rates mean savings will earn more – although some banks and building societies have been fiendishly slow in passing on recent hikes to the base rate. However, with the rate of inflation now higher than the best savings deal in market, any money in savings loses purchasing power over time – but it still pays to pick the most competitive account.

“Many households will want to try taking steps to shore up their finances: pay down debt starting with the costliest ones and variable rate loans; and build and maintain an ample cash buffer for emergency spending – three month’s salary worth is a good rule of thumb, if not more. Both will allow households to better weather higher interest rates and the cost-of-living crunch which is set to become more acute.

“It is interesting to note that the BoE’s recent survey on the public’s attitudes to inflation found that almost a third of respondents said it would be better for them if interest rates were to ‘go up’, but a quarter of the sample said the opposite, indicating that cost of living experiences are polarised between the ‘haves’ and ‘have nots’.

“It is clear that something needs to be done to tackle runaway inflation as people are struggling to keep up with the escalating cost of seemingly everything from the food we put on our tables to filling up our cars at forecourts. However, raising the base rate has become an increasingly blunt tool to rein in rising prices as the main factors fuelling inflation are beyond the Bank of England’s sphere of influence, ranging from the fallout of the devastating war in Ukraine, China’s zero Covid policy and the stubborn persistence of the post pandemic supply bottlenecks.”

Alice Guy, Personal Finance Editor, interactive investor, says: “It’s difficult to predict how high rates are likely to go. It depends on how the economy and inflation reacts over the next few months. Most experts agree that further rate rises are likely and interest rates could climb as high as 2.5% by 2023.

“However, we’re unlikely to see a return to the ultra-high interest rates of the 70s and 80s. That’s because those interest rates hikes followed a very long period of high inflation throughout the 1970s.

“In contrast, if economic forecasts are correct, the current period of inflation is likely to be fairly short-lived – at least, that’s what we all hope.”