Massive stimulus has got investors believing Japan may be on the brink of a sustainable recovery. 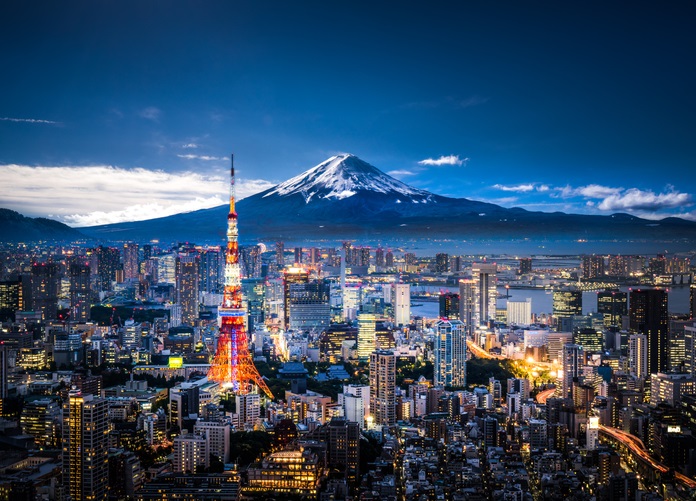 One lost decade has led to another in Japan and, although the economy remains steady, it consistently refuses to make a leap forward. The latest set of stimuli will do some good, but it won’t pull the land of the rising sun completely out of the doldrums. Investors should expect a solid but unspectacular new year.

Older readers will remember that Japan was the go-go country in the 1950s and 1960s as it bounced back from the devastation of the Second World War to produce cheaper, lower-quality versions of cutlery, toys and other goods where Western nations clung to antiquated production methods. Then came the surge in electronic goods and vehicles in the 1970s as Japan moved upmarket.

Since the 1980s, though, Japan itself has seen its markets wooed away by the Asian tigers - Taiwan, South Korea, Hong Kong and Singapore – and, more recently, by a newly emerging China. Japan has had to abandoned its jobs for life mentality, but it is restricted by having an aging population crisis that outstrips that in other developed nations while being on the whole less welcoming to foreign workers.

No surprise then that the economy has stagnated for 20 years. Growth in the third quarter of 2019 was at an anaemic annual rate of just 0.2% as exports suffered from global trade wars and a rise in consumption tax from 8% to 10% deterred consumer spending, the factor that has kept economies going in other developed nations. Growth has hovered between 0% and 2% for many years and is now at the bottom end of the range.

Japan indulged in quantitative easing, with limited impact, long before it became fashionable as an antidote to the global financial crisis 12 years ago. That policy has had less success than in the US and the UK, and the Japanese central bank is now low on options.

However, it is not all downbeat economic news. Japan is still the third largest economy in the world after the United States and China, a position that is not under challenge. It also has the third-biggest stock market in the Tokyo Stock Exchange.

Prime Minister Shinzo Abe has just launched a fresh stimulus package worth the equivalent of £92 billion that is targeted specifically where the government believes it will have most impact.

It will finance new infrastructure, provide investment for technology and will also repair typhoon damage. The amount being made available is doubled when government loans, credit guarantees and private sector spending is taken into account.

The spending will be spread over 15 months and will be channeled into research and development, mobile communications and biomedical research projects.

Abe says the three pillars of the strategy are recovery, reconstruction and security from national disasters. The stimulus package is the equivalent of 1.9% of annual GDP and Abe hopes it will boost the economy by 1.4%. It starts as the run-up begins to the Olympic Games and Paralympics in Tokyo next summer.

The Rugby Union World Cup has focussed favourable attention on Japan. The Olympics is bigger and, Japan hopes, better.

Experts are cautious on the degree of success the measures will achieve. There have already been six years of what has come to be known as “Abenomics”, a strategy launched in 2013 that included tax and monetary stimuli alongside structural reforms. The last round in 2016 was even larger than the one being launched now and it failed to set the economy alight.

One concern is the level of Japanese government debt, now standing at 2.4 times GDP, easily the largest burden in the industrialised world. If the latest stimulus fails to work it is hard to see what Abe can do next. Certainly, he has had his opportunity, for he is the country’s longest serving prime minister.

One thing he has done is to start to address the country’s chronic labour problem. He is trying to lure migrants to offset Japan’s falling birth rate and aging population that means a shrinking working population is supporting a burgeoning retired population.

Nearly 3 million foreigners are now registered as residents in the country, a 40% increase over seven years thanks at least in part to changes in immigration laws that make it easier for overseas labour to gain employment. He has created a new visa category intended to attract up to 345,000 workers over the next five years, particularly in nursing, farming and construction.

Abe is also trying to increase female participation in the workforce, breaking down the country’s male dominated mindset, and to encourage those over the age of 65 to keep working.

This year will be crucial for the future of the Japanese economy. As a major exporter it should benefit from any pick-up in the global economy, but the latest stimulus really does need to work, especially if there is a bursting of the euphoria bubble when the Olympics circus leaves town. At least Abe should be able to provide continuity, for there is no credible alternative prime minister snapping at his heels.

Investors could do worse than select companies in construction, technology, healthcare and infrastructure, sectors that could benefit from Prime Minister Abe’s policies. A sensible alternative for those nervous of investing in a country on the other side of the world with a very different culture, would be to choose an investment trust that concentrates on Japan or has the country as a central component of an Asian-focused portfolio.

Worth considering is Baillie Gifford Shin Nippon (LSE:BGS), which is undervalued after an admittedly disappointing performance over much of 2019. The fund has a strong long-term track record.

Despite the uncertainties surrounding the Japanese economy, the Tokyo Stock Exchange’s main index, the Nikkei 225 has had a strong year, rising from 20,000 to 24,000, the highest level since the start of 1991. Clearly, many investors have faith that Abenomics will continue to provide stability if not dynamic success.