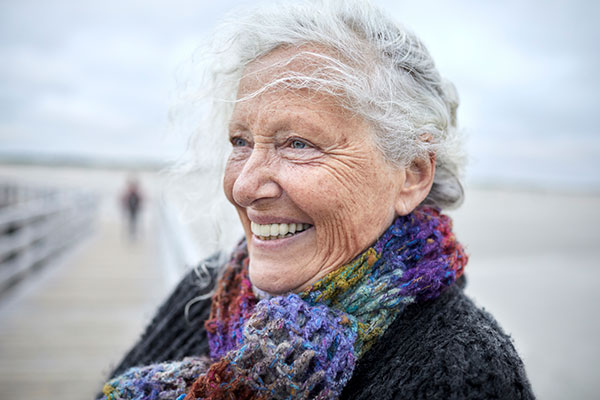 Millions of retirees using drawdown for retirement income may be at risk of running out of money in later life because they have overestimated the amount by which their spending will fall as they get older.

A study by the Institute for Fiscal Studies (IFS) published today (Thursday 19 May) finds that contrary to popular belief, spending in retirement does not generally fall as people get older. However, because the amount of state pension people receive generally rises, they may still be able to take less from their private pensions to cover their living costs over time.

The findings expose how the current cost of living crisis, which has significantly increased bills for older people, together with stock market declines that reduce the value of private pensions as well as a state pension that in the last year, has not kept pace with rising prices, could throw the delicate balance between dependence on state and private pensions for retirement income off course. Without a reversal of fortunes for the stock market, this could mean pension pots run out more quickly.

“There’s a risk people assume they won’t spend as much as they enter their 70s and 80s, which turns out to be false.

“People imagine they won’t want to go out as much and won’t be going on as many holidays. Even if that is true, new and unpredictable requirements to spend can come in later in life and blow the budget.

“If people end up spending more than they expected as they age, there is a chance they could exhaust their pension pots too soon.

“These findings suggest that people should err on the side of caution and plan as though they will always need the same amount of income each year, rather than that spending will go down dramatically, taking into account rises in the state pension they will receive over time.

“Rises in the state pension from the triple lock are there as an essential backstop. This research reveals how important the triple lock is to allowing retirees, who reach retirement age with an average of £132,464*, to manage their living costs in later life.

“The report may also support the case for a comeback for annuities, which pay a guaranteed income for life, but have fallen out of favour for over a decade as low rates meant they are often seen as an unpopular option.”

interactive investor analysis suggests that a typical private pension pot could run out after around 10 years, assuming a value at age 65 of £135,000, full lump sum taken, 3% growth a year and an annual income of £11,000. 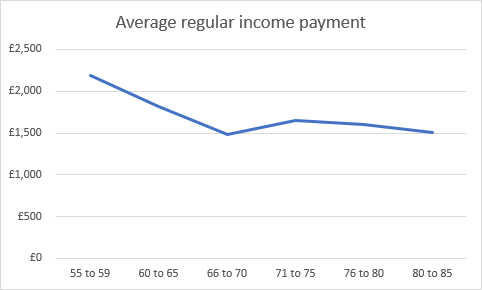 Spending in general among new retirees expected to rise

The report comes with a warning that future generations of retirees may be set to spend even more, if recent cohorts of newly retired people are anything to go by.

When you were born makes a big difference to the retirement income you can expect and also whether you will spend more or less as you move through retirement, the study found.

More recent retirees spent more on holiday than their predecessors did at the same age. For example, while this spending made up 11% of household spending at age 65 for those born between 1924 and 1928, for those born between 1944 and 1948 it made up 15% of spending. The pre-boomers have also spent less on food inside the home than older retired people did in their early 60s.

Heidi Karjalainen, a research economist at the IFS and an author of the report, said: “As retirement incomes are increasingly funded by defined contributions pots, which can be accessed flexibly, more and more retirees face complex and consequential decisions about how quickly to draw down their pension wealth. If the spending patterns of current retirees are a good guide to how people in the future will want to spend, planning drawdowns on the basis of reduced spending needs in later retirement may not be wise as it may result in unexpected shortfalls in living standards at older ages.

‘While average pension incomes have grown strongly with age in recent years, leaving many retirees with more resources than they chose to spend, high inflation is reducing retirees’ spending power and – along with the more uncertain outlook – makes careful financial planning all the more important.”