Ben Hobson explains why our brain’s programming can affect how we invest – and how to spot this happening. 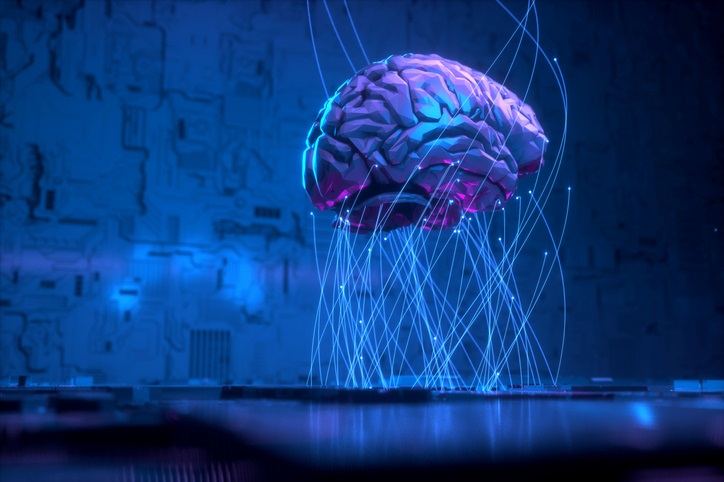 With so much financial and emotional capital invested in buying shares, it would be easy to think the hard work of investing is over once you have hit the ‘buy’ button.

In reality, the strain of stock selection is more than matched by the big question that comes some time later: when to sell?

Deciding why and when to sell shares is one of the biggest uncertainties in the minds of many investors - and that is no surprise. After so much effort upfront, it is understandable that decisions about when to sell a holding often lie in a hazy place somewhere on the horizon.

But over time, the risk of not having an exit plan is that you become a hostage to some destructive psychological pressures. These unseen and sometimes instinctive influences can be a drag on your portfolio and may even make your best investments turn sour.

Why is selling so hard?

Buying and selling are both highly personal decisions. They depend on very personal components like your strategy, risk appetite, personality and short- and longer-term objectives. So a carefully crafted investment approach should really cover what to buy as well as when to sell. Yet many seem focused on the former but much vaguer on the latter.

In the stock market, some of the clearest thinking on selling actually comes from technical traders like Charles Kirkpatrick, William O’Neil and Mark Minervini (and others in the same mould).

Successful trading demands a cast iron approach to risk management. So traders preserve their capital by being strict about selling trades that have not performed as expected, as well as those that have.

In his book Think and Trade Like a Champion, Minervini devotes an entire chapter to selling, and focuses on the challenges of how to exit both winning and losing trades. He explains: “As with everything in trading, selling brings its own emotional pressures. Selling at a profit is not as easy as it looks - and it’s fraught with emotions.

“The best - in fact, the only - way to control these emotions and keep them from undermining your success is with sound trading rules. Otherwise, you’re always going to get caught in the crossfire of your own excitement and doubt.”

In the construction of your own trading rules, here are a few of the more treacherous behavioural pitfalls that you should be seeking to avoid:

Anchoring means being overly influenced by initial information - like the price you bought a share at. That anchor then becomes a reference point from which all other decisions flow. Anchoring is dangerous because it can lead to you having a mindset about a company, which may stop you from making cool-headed decisions about whether to hold or sell it.

Holding on to ‘losing’ positions and selling ‘winners’ is known as the disposition effect, which itself is linked to loss aversion (the human tendency to feel the pain of loss much more than the gratification of a win).

In investing, this particular cognitive circuitry makes it instinctive to hold on to losing shares (rather than sell out and crystallise the loss) in the hope they will recover. Meanwhile, profits are more easily snatched from winning positions, despite it making more sense to let the winners run.

Regret aversion is the anticipation of making the wrong choice. It is a cognitive error that can lead to indecision and inaction because of a fear of personally being responsible for making the wrong decision. This can be particularly damaging when it comes to selling a holding, and it is why having an exit plan is important.

The endowment effect is the observation that humans tend to rate very highly (too highly in fact) the things that they own. In the context of the stock market, an investor would put an over-optimistic valuation on a share that they already hold - and certainly much higher than they would be prepared to pay for the share if they did not own it.

Inherent in this flaw is that ownership is enough to distort your rational view of valuation - and that emotional ‘tie’ to the share might compromise your willingness to sell it as and when necessary.

Optimism bias is the observation that when it comes to predicting our own short to long-term futures, humans are surprisingly optimistic. As a result, people tend to underrate the chances of negative things happening to them and overrate the chances of it all being positive.

In the context of investing, excessive optimism and the associated risk of overconfidence may lead to increased risk-taking and chasing returns rather than having an carefully-considered strategy for selling positions.

Keep those behavioural risks in check

While the precise strategy for selling holdings from a portfolio is a very personal choice, it is worth being aware of the psychological pressures that can influence you in the absence of a proper plan.

For the most part, these issues orbit around the two powerful emotions of fear and greed. They are grounded in either the human instinct to resist pain and regret, or the urge to forget about the negatives and think and act exuberantly.

In all aspects of investing there are behavioural pitfalls to avoid. But when it comes to selling - which arguably gets far less consideration from many investors than buying - these cognitive and emotional thorns pose a particular risk.

interactive investor readers can get a free 14-day trial of Stockopedia here.