There is lots to like about this mid-cap share, but our companies analyst is reviewing his stance. 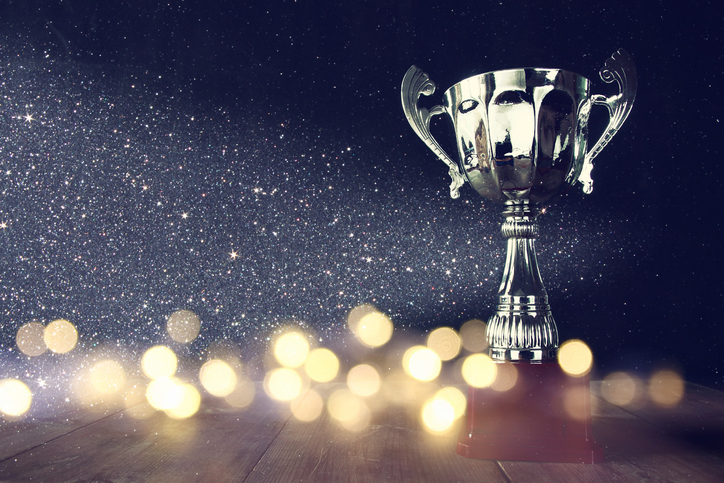 Is the case for holding £2.6 billion mid-cap soft drinks group Britvic more debatable now that its stock has enjoyed a good run?

The sense of a consolidation rather than resistance level was affirmed by October’s jump to test an all-time high near 1,070p, before a slump below 950p. An attempted pre-results rally was followed by an easing by 15p to 970p after the 27 November prelims asserted “strong” performance, albeit constant currency revenue up just 1.4%.

As trading picked up the stock recovered to over 1,000p and is currently around 990p. The one-year pattern suggests either trend-aping computers are in control at times, or investors are nowadays divided.

Quite a no man's land for market valuation

I’m also conscious of the medium-term context, having advocated Britvic in June 2017 at 575p, suggesting an inflection point operationally and in terms of market sentiment. I also rated it “buy” last January at 858p given scope for Britvic to become a premium global brand in low/no sugar drinks, amid a trend to supplant both alcohol and sugar – the group also potentially benefiting from an investment programme nearing completion.

With alcohol consumption in steady decline and low/no sugar drinks actively sought, such a group is far less the “domestic cyclical” at risk from Brexit or a hung parliament, indeed weak sterling from political chaos raises bid potential.

A price/earnings (PE) of 16.2x and yield of 3.1% means the stock is currently rated at a premium to underlying growth rate.

Yet remains a portfolio building block

Simplistically, Britvic falls between two stools – looking pricey for growth investors, while its yield is quite immaterial for income-seekers and won’t prop the stock if management’s narrative turns adverse. Yet market price may be supported currently, at least because these results appear better than recent consensus that I’ve seen: they’re a 5% beat on forecast EPS of 56.9p, and 2% better on dividend per share than 29.5p projected. Last year’s hot summer in the UK, which represents nearly 60% of the geographic revenue mix, was always going to be a high hurdle.

However, with growth in free cash flow seen as a key positive among Britvic bulls, management highlights “a significant improvement in adjusted [free cash flow] from £51 million to £116 million.” It was helped by changes in the working capital profile and capital expenditure falling sharply from £143.5 million to £74.8 million.

Strategically, the investment programme has completed with cost savings delivered sooner than guidance and the CEO says:

“Building on this strong platform, I am confident that Britvic is well placed to capitalise on the future growth opportunities in the years ahead.”

On a speculative view it equates to a useful window for a predator.

Mixed issues within the results

Cost dynamics are somewhat frustrating. Though selling and distribution costs have eased from 26.7% to 25.5% of turnover, administrative expenses as a percentage of turnover have edged up from 16.4% to 16.6%.

Brazil has been entertained as a growth driver since the 2015 acquisition of its no. 2 supplier of juice drinks. It is still a modest 8% of group revenue, though management cheers six consecutive quarters of revenue growth and continuing to take market share.

However, "overall the concentrates category performance has been subdued and we are currently developing new liquids and pack formats to lead its rejuvenation" – e.g. Fruit Shoot growth has been accelerated by a smaller version. Total Brazilian revenues rose 5.7%, but are yet prove a genuine new leg for growth.

France has been problematic – albeit a modest 18% of group revenue – with an 8.7% fall in volumes driving a 9.2% decline in revenue. Fruit Shoot suffered intense price competition and new entrants to its category, and a law regulating promotions and margins hit all Britvic brands (partially mitigated by raw material savings). To an extent, this seems a tiresome matter of French regulation, albeit a stark reminder that “global soft drinks” is not a one-way bull trend and that the sector is highly competitive.

Ireland also had a more challenging year, losing share in energy drinks and weaker sales in water/full-sugar drinks; also wholesaling third-party beer/cider brands under-performed, although total revenue barely eased. The US (within “International”) looks a curate’s egg: after increased distribution via Walmart in 2018, Britvic is closing its Fruit Shoot multi-pack operation and refocusing on PepsiCo (NASDAQ:PEP) as a partner for single-serve Fruit Shoot also London Essence, a premium mixers/sodas brand. Again, this is a huge market albeit yet to yield big results.

A discount to Coke shares, even so

Warren Buffett has been a long-time fan of Coca-Cola (NYSE:KO), buying over 6% of the company back in 1988 and  today it is his third-largest holding, which in some respects affirms investing in branded soft drinks. Yet Britvic’s recent experience in France doesn’t exactly equate with Buffett’s criterion of “competitive moat”.

In terms of outlook, management cautions that trading conditions will remain challenging but it is confident of 2020 progress due to its geographic presence, strong portfolio of brands and team of committed and passionate employees. On a sceptical view this can be interpreted as typical financial PR – a respectable conclusion but doesn’t offer any assurance, in particular when you are trying to quantify why this stock deserves a premium PE.

You’re counting on a backstop that if the stock fell significantly then it encourages rivals in this competitive industry to make offers.  By contrast, a strict investment view would insist on value being quantified in the stock today. There’s an adage not to “pay twice” both for numbers plus perceived intangible value.

That said Coca-Cola trades on an historic PE of around 30 times, yielding around 1.5%, although it is obviously a major global brand. It’s also had to reinvent a “death-by-sugar” historic product now seen as a key cause of obesity, diabetes and tooth decay.

Mixed opinion in the stock market too

Earlier this month, Liberum downgraded from “buy” to “hold” (some may interpret as “sell”), reducing their fair value target from 1,050p to 1,000p, although Berenberg raised its target from 1,000p to 1,060p based on optimism over free cash flow.

I think that unless Britvic’s performance weakens to undermine the sense of an investment programme completed – that’s poised to deliver results – then some premium to fair value, as shown by the numbers, is likely to persist. That makes the stock frustrating for medium-term target prices, but hard to argue against retaining long-term, so I rate the stock: Hold.