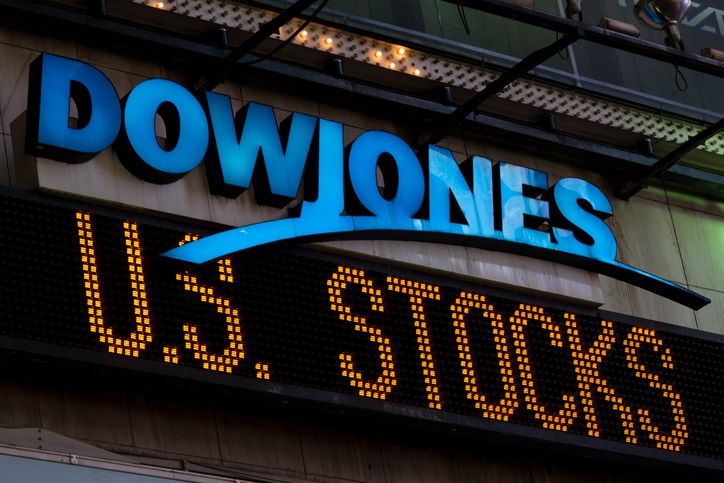 The Dow Jones Industrial Average is the world’s oldest stock-market index and probably the most famous. If you watch or read non-financial news, you will often hear it cited if the market has experienced a large fall, and it is synonymous with American financial markets.

However, as iconic as the index is, if you want passive exposure to US stocks, it is not a particularly good index to track for three key reasons.

First, the index is composed of just 30 stocks. It is offering exposure to a relatively small number of stocks compared to the alternatives. The S&P 500, as the name suggests, gives investors exposure to 500 stocks. Meanwhile, the MSCI USA index has more than 620 stocks. If the point of passive investing is to gain exposure to a representative sample of the investable market, 30 stocks is clearly not enough.

The stated purpose of the Dow Jones is to try and represent economic activity in the US, with stocks added to ensure that key sectors are given “representation”. However, this is where index management starts to look a bit like active portfolio management. You end up with a portfolio of 30 selected stocks, rather than the entire investable market.

And do not expect the Dow to up its number of stocks anytime soon. The index’s current size dates back to 1928, when the index was increased from 20 stocks.

Second, the Dow Jones uses a price-weighting methodology. This means that the trading price of a stock determines how much of the index it makes up. In my view, this method of weighting is inferior to a market-capitalisation weighting, in which the proportion that each company represents in the index is the result of its share price multiplied by the number of shares in circulation.

Strange stuff can happen when an index is weighted by price. For example, Apple (NASDAQ:AAPL) spent the first half of 2020 as the largest weighted company in the Dow. However, in the summer of 2020, it carried out a four-for-one stock split. As a result, Apple’s weighting in the index fell.

According to Howard Silverblatt, senior index analyst at S&P Dow Jones Indices, the Apple stock split would have “effectively changed its weight in the Dow from 12.20% to 3.36%”. This would also have increased the weight of the other 29 members by around 10% each, and cut the index’s tech sector weighting by around 7%. In market-cap weighted indices, the stock split had no effect on the weighting of either Apple, or the overall tech sector.

Those in charge of the Dow rightfully felt that the impact of Apple’s stock split required intervention and made some changes to index constituents. Notably, tech company Salesforce.com (NYSE:CRM) was added to the index to make up for some of the reduction in weighting to tech due to the Apple split.

However, there is only so much that the Dow’s managers can do. The tech exposure of the index is still below where it was before the Apple stock split, and Apple’s weighting is still significantly smaller than it would have been if it had not split.

As a result, investors in the Dow have lower tech and Apple exposure. Those bearish on Apple or tech might see that as a good thing. However, that is not how passively investing in a broad market index is meant to work. The exposure you get to a certain company or sector should not be determined by stock splits.

Finally, if all of that does not put you off using the Dow, the cost of ETFs tracking the index should. The iShares Dow Jones Industrial Average ETF (LSE:CIND) is the only ETF offered on interactive investor that tracks the Dow, with an ongoing charge of 0.33%.

With so many alternatives with rock-bottom charges, paying 0.33% for the Dow Jones makes no sense. Those extra charges will compound over the years.