Tesla, the US electric car and battery-maker, could soon be included in both the S&P 500 and Dow Jones. 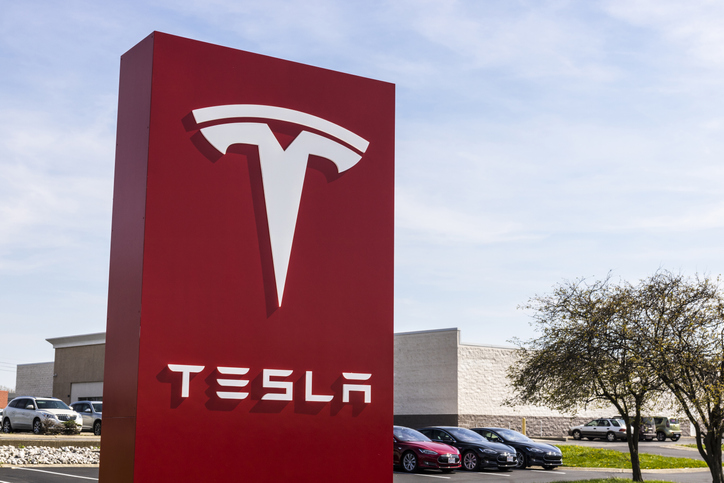 Tesla (NASDAQ:TSLA), the US electric car and battery maker, has had what can only be described as a good pandemic. Measured from the start of the year, the company’s share price has surged by roughly 275%, making it the world’s most valuable car maker. For a company that has been widely shorted and declared absurdly overvalued by notable investors, that is not bad going.

Now, there is now talk that its shares could soon be included in America’s two major indices, the S&P 500 and the Dow Jones Industrial Average. For the index investor, the company’s potential inclusion offers some valuable lessons about how these indices work and how the addition of a company is decided.

First, the S&P 500. The recent announcement that Tesla has achieved its fourth consecutive quarterly profit has raised the prospect of the company being included in this index. This profitability requirement may have come as a surprise to some investors. Other major indices around the world often determine membership based on minimum market cap, the free float of the company’s equity, liquidity, sector representation and a listing in the relevant country.

But alongside its own version of this criteria, inclusion in the S&P 500 also requires a company to have been profitable for more than one year. As S&P Dow Jones Indices notes: “Its most recent quarter’s earnings and the sum of its trailing four consecutive quarters’ earnings must be positive.”

But meeting those objective requirements alone is still not enough for inclusion. The composition of the S&P 500 is also determined by decisions made by the so-called Index Committee.

As Robert Arnott notes in his book The Fundamental Index: “The process is subjective – not entirely rules-based and certainly not formulaic.” As a result, he continues: “There are many who argue that the S&P 500 is not an index at all: it is an actively managed portfolio selected by a committee – whose very membership is a closely guarded secret!”

S&P Dow Jones Indices, and many investors, would obviously disagree with that characterisation. The subjective nature of the inclusion, says Arnott, is shown by how the Index Committee is alleged to have softened its inclusion criteria during the tech bubble. Arnott notes: “Apparently, in keeping with the times, the committee even bent its own rules: it bypassed the stated requirement of positive earnings in order to include AOL, a company that had shown only negative earnings and internally forecasting losses for the foreseeable future.”

Whatever the truth of that and the accuracy of Arnott’s descriptions of the S&P 500 as an actively managed portfolio, the existence of the Index Committee and certain qualitative criteria does show that inclusion can be deemed somewhat subjective. So, while it remains to be seen whether Tesla will be included, the committee is set to re-balance the index, which so many investors chose to passively track, in September.

Next, talk of Tesla’s inclusion in the Dow Jones shows the difference between a price-weighted index and a market-cap weighted index.

The prospect of Tesla gaining entry into the Dow Jones Industrial Average has come on the back of the company announcing a five-for-one stock split. The stock split means that if you own one Tesla share worth $1,600 (£1,220), after the split takes place (at the end of August) you will have five shares worth $320. Companies sometimes do this to make it easier for smaller investors to buy shares, or to make company stock options for employees easier. But generally, stock splits are not supposed to make much difference to the investor.

However, reducing the price of the Tesla shares would go a long way in making it potentially eligible for inclusion in the Dow Jones. In contrast to the S&P 500, the Dow Jones is price weighted, meaning that firms with a higher share price end up accounting for more of the index. As a result, the index cannot allow the inclusion of companies with very high share prices relative to the rest of the index.

For example, Apple, with its share price of $460 accounts for 11% of the index. Including Tesla, with a pre-split stock price of $1,600, would give it a weighting around three times that. Splitting its stock five-to-one and creating the new price of $320 per share, makes Tesla's inclusion more plausible. Tesla itself hasn’t said that this is the motivation behind the stock split, but the history of Apple’s stock splits in allowing it to qualify for  Dow inclusion is well known.

Again, we will have to wait and see if Tesla is included. No doubt inclusion would cause some controversy. But what the prospect of Tesla’s inclusion shows the index investor is that market capitalisation is not the only way to weight an index. Indeed, the Dow Jones, with its price weighting, has been around for longer than the market-cap weighted S&P 500 – although most investors now prefer the latter.

On top of that, the debate around Tesla’s individual share price also reveals how this approach to weighting can affect the companies in the index.

Any investor looking to track the US market should be aware of these big potential differences between the two indices.