This company has good reason to be more optimistic about the global chip shortage than rivals, but another tech star is on thin ice. 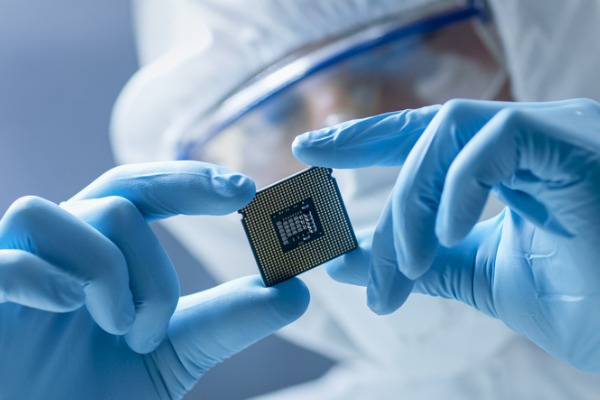 In any crisis you can find companies that do better or worse than their competitors. In the former category is computer chip maker Qualcomm (NASDAQ:QCOM), which has shrugged off the sector’s difficulties to record a 12% rise in revenue in its fourth quarter ending on 26 September.

Qualcomm saw the looming chips shortage before many of its rivals and stepped up the number of factories producing its components for use in mobile phones, tablets and cars. At a time when demand is strong and manufacturers can raise prices, it obviously pays to be the maker meeting that demand.

Net income was admittedly down 5% compared with the same quarter of 2020, but the underlying picture showed a rise of 75%. That left revenue up 43% for the full year and earnings per share 74% higher.

Some caution is required. The final quarter of Qualcomm’s financial year showed growth slowing compared with the previous nine months, so the chips shortage is having some effect. Since cars and electronic equipment tend to have more than one semiconductor in them, shortages from other suppliers of different chips can have a knock-on effect.

Where Qualcomm has an advantage is that it produces more advanced – and more expensive – processors that smartphone makers can substitute for less sophisticated options that are in short supply.

Thus, the group is able to forecast that revenue will rise from $8.24 billion to top side of $10 billion in the current quarter and that underlying net earnings will more than double.

This reflects a more optimistic view of the global chip shortage than that held by most rivals but one that, in Qualcomm’s case, is probably justified. It expects its own supply issues to be materially better by the end of December and for there to be sufficient supply to meet demand by mid-2022, while rivals see problems persisting for another 12 months or more.

Insurance group Lemonade (NYSE:LMND) is in an entirely different field to Qualcomm but it, too, has beaten expectations with its latest quarterly figures. Lemonade came to market as recently as June, cashing in on the resurgent American stock market, and has attracted the attention of many investors.

Lemonade provides property, life, car and pet insurance in the United States, with some products also available in Europe. Brokers are replaced with computers and algorithms to reduce costs and target likely customers.

Total insurance premiums are running at $347 million a year, better than management had expected and well up from the $297 million at the end of previous quarter. Sales are gathering momentum, running at double the level a year ago.

However, it is worrying that Lemonade is still making a substantial loss even before interest, taxes, depreciation and amortization. Another concern is how the proposed $500 million acquisition of loss-making vehicle insurer Metromile (NASDAQ:MILE) will work out.

The deal will transform Lemonade’s vehicle insurance from covering one US state to 49, so it is a potential gamechanger, and Metromile has $300 million in cash, so the real cost is $200 million. Payment is in shares so it will not stretch Lemonade’s resources, but it does dilute existing shareholders.

Hobson’s choice: Qualcomm shares have trebled in less than three years, and it would not be wrong to take profits but there is no reason why shareholders should not hold on and hope for further gains. The price/earnings ratio of 21 is not too demanding given the prospects. Lemonade priced its float at $29 and, after hitting $63 on the first day of trading, the shares soon soared to $180. They are back down to $65 and, if the floor breaks, they could fall further. Sell before that happens.