As surging inflation and the cost-of-living crisis make it difficult for millions of us, interactive investor’s new panel of industry experts reveals what it would do if put in charge of the UK’s monetary policy. 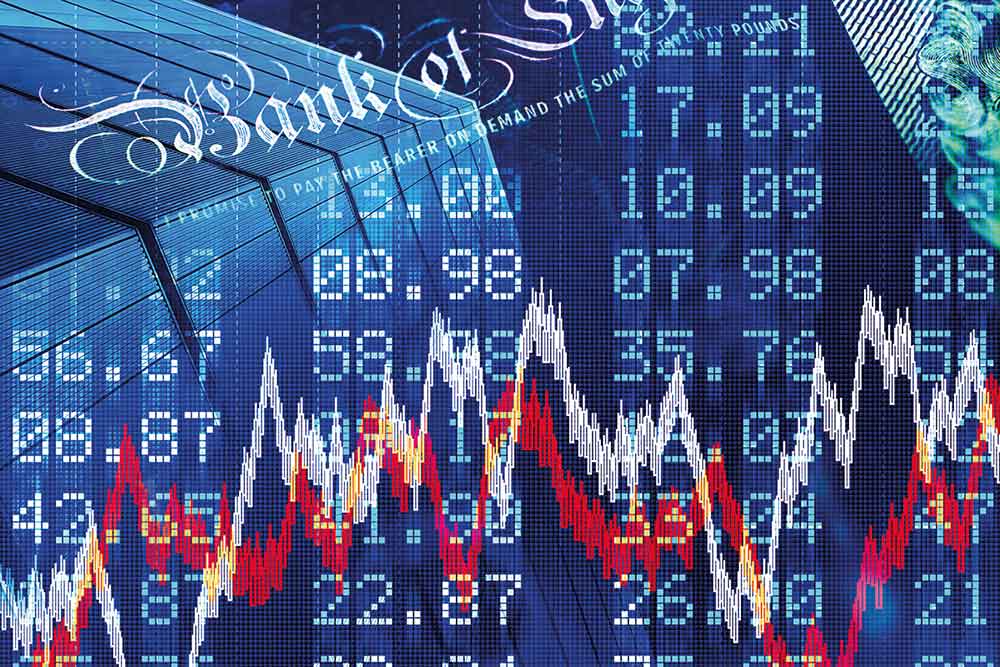 Inflation remained the number one concern for all members of interactive investor’s People’s Interest Rate Panel during the past month. And with good reason.

Office for National Statistics data showed consumer price inflation at 9% in April, a 40-year high for the annual rate and up from 7% in March. Biggest culprits continue to be utility prices following a 54% jump in the energy price cap from 1 April, petrol prices and food costs. But price rises can be seen everywhere, from restaurants, hotels, plane flights and holidays to the items we purchase every day.

A tight labour market and aggressive wage growth are also likely to persist, currently running at an annual rate of 4.2%. Add in generous bonuses and annual earnings are growing at 7%. That reduces the likelihood that cost increases will begin to flatten and decline any time soon.

Indeed, the inflationary trend is likely to continue at least for the rest of 2022. Both the Organisation for Economic Co-operation and Development (OECD) and many City economists believe it will exceed 10% by the end of this year. Another sharp increase in the energy price cap in October could make that a certainty. The OECD believes it could take until the end of 2023 to fall back to 4.7%, still way above the Bank of England’s 2% target.

But there’s a twist. As inflation continues to soar, the UK economy is struggling. Last month, we heard that UK GDP fell 0.1% in March as the cost-of-living crisis affected household spending. That followed no growth in February.

Just recently, the OECD has warned that the UK economy will only grow by 3.6% this year and by nothing at all in 2023. Rising prices will trigger a slowdown in private consumption, so, rather than the second-fastest growing economy in the G7, we’ll be the slowest, and only Russia will do worse out of all the G20 nations.

Significant change in the post-Covid jobs market is also having an impact on both inflation and the economy, with a labour shortage threatening the former and skills shortages the latter.

Latest figures from the British Retail Consortium already show retail sales down 1.5% in May as the cost-of-living crisis affected consumer demand. “Higher value items, such as furniture and electronics, took the biggest hit as shoppers reconsidered major purchases during this difficult time,” it said.

Disruptions to the global supply chain are also affecting the manufacturing sector, and there is no clear indication when these bottlenecks will free up.

Manufacturing activity grew in May at its slowest rate since January 2021, with the seasonally adjusted S&P Global/CIPS UK Manufacturing Purchasing Managers’ Index (PMI) down to 54.6 from 55.8 in April. Although the PMI has remained above 50 – the level that indicates growth - for 24 months, rates of expansion in output, new orders and employment all decelerated.

Manufacturing output increased at the slowest pace since October 2021, with the consumer goods industry “especially weak” as production fell for the first time in 15 months.

The Bank of England’s response to rising inflation has been more rapid than many other central banks. UK interest rates have risen four times since December, from 0.1% to 1%, most recently by 0.25% on 4 May. And the government has spent tens of billions of pounds on support packages to help households cope with the surge in energy prices, and on a council tax rebate and other measures, paid for in part by an energy sector windfall tax.

After considering all of the above, members of interactive investor’s People’s Interest Rate Panel had a spread of views on what the Bank of England’s Monetary Policy Committee should do next.

Most felt that action was needed, although there was disagreement about how significant that should be. Dzmitry Lipski, interactive investor’s Head of Fund Research, among those in favour of a 0.25% increase in Bank Rate, said: “Higher energy prices caused by Russia’s invasion of Ukraine have increased upside risks to inflation and downside risks to growth. But the Bank has little room to manoeuvre from here and risks making a policy error by tackling high inflation at the expense of the economy. Better to take baby steps and assess the impact rather than make any drastic moves. The difference this time around is that we have much larger levels of debt.”

Becky O’Connor, Head of Pensions and Savings, agreed: “Interest rate rises should not be excessive at this point, but very gentle and incremental as people adjust to a new direction for the global economy to the one we have travelled for the last 14 years since the global financial crisis. The inflation we are currently experiencing is not being driven by excessive spending, which interest rates would usually dampen down, but by supply-side shocks from oil prices and the war in Ukraine. Rapid inflation of this kind is to some degree self-correcting, as people make cuts to other areas of spending to afford the more expensive essentials.”

So did another. Alice Guy, Personal Finance Editor, said: “If interest rates rise, then those in debt and with mortgages will struggle, but if rates remain the same, inflation could spiral out of control, further squeezing household budgets. On balance, gradually raising rates is the only way to avoid an enormous spike in inflation and the need for a huge rate rise in the future.”

There were comments about the impact on savers and families. Nina Kelly, Editorial Content Manager, said: “There are two tribes when it comes to interest rates, and fluctuations mean different things whether you are ‘Team Borrower’ or ‘Team Saver’. Homeowners on variable rates, or prospective home buyers, for example, anxiously await every MPC decision, while hard-pressed savers hope for an uplift to swell their pots. However, at the present time it seems that the Bank must concentrate on cooling red-hot inflation that threatens to scald the poorest.”

Myron Jobson, Senior Personal Finance Analyst, added: “Interest rates must continue on an upwards trajectory to rein in inflation, despite concerns about the impact higher interest rates will have on the cost of borrowing and mortgage rates. It is interesting to note that the Bank of England’s recent survey on the public’s attitudes to inflation found that almost a third of respondents said it would be better for them if interest rates were to ‘go up’, but a quarter of the sample said the opposite.”

Other members took a more aggressive stance. Lee Wild, Head of Equity Strategy, said: “This is not an easy call, and there remains the very real risk of recession, if not this year, then possibly in 2023. However, inflation cannot be allowed to continue increasing at the current pace. It takes time for policy to filter through to the real economy, so the sooner action is taken, the sooner the brake is applied to rising prices. I don’t advocate slamming the brake hard, but I believe we can afford to push a little harder at this stage in the cycle.”

Kyle Caldwell, Collectives Editor, added: “Tightening monetary policy is the only option in the toolkit to attempt to cool down piping hot inflation levels and help to ease the cost-of-living crisis. While higher interest rates could increase the likelihood of a recession down the road, it is a risk worth taking, particularly at such time when for the first time ever there are more vacancies than people unemployed.”

And recession fears were not shared by all. Victoria Scholar, Head of Investment, said: “Given Rishi Sunak’s recent cost-of-living aid package, the risk of a UK recession has fallen with the Treasury’s fiscal stimulus likely to help the economy stave off two consecutive quarters of negative growth and increase the resilience of the economy. Bank Rate is still very low by historic standards and so the UK economy can withstand a move from 1% to 1.5%, particularly given that unemployment is at the lowest level in nearly 50 years. Focusing on the mandate of bringing price levels back towards the 2% target is the biggest priority, and so more aggressive action is needed even if there is a slight increase in the economic cost involved.”

But not all panellists were in favour of taking action at this meeting. Richard Hunter, Head of Markets, said: “As with other central banks, the most difficult trick is to curb inflation without eliminating growth. Fears of stagflation are currently plaguing the markets and walking the tightrope will not get any easier. There is little room for manoeuvre without upsetting the economic applecart. At the same time, interest rate rises are often seen as a blunt tool in curbing inflation and there is an inevitable time lag before they wash through to the economy.”

On Friday 10 June, the Chair invited the panel to vote on the proposition that:

The following nine members of the panel were present:

We want to cut through some the noise and help make sense of it all. Economics isn't about sitting in an ivory tower (or at least it shouldn't be); it's about all of us. It impacts our spending, saving, budgeting, employment, and it affects our current and future sense of financial security. The ii People's Interest Rate Panel will look at some of the key economic news of the past month and why it matters, and we'll stick our necks out with some views on where we think interest rates should go. Luckily, we're not the ones who have to make the tough calls. But we do hope our views help shed some light on the increasingly complex economic issues of the day.