Fund investors are bearish, with UK equity funds and bond funds out of favour. 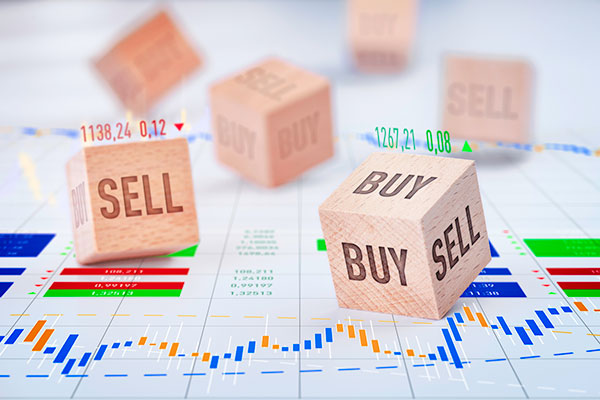 Investors stepped up their selling of funds in March, lifting the total amount of withdrawals from funds for the first three months of 2022 to £7.1 billion.

In March, £3.4 billion was pulled out of funds, up from £2.5 billion in February, data from the Investment Association (IA) shows.

For the second month in a row, the bulk of outflows were from bond funds, which saw withdrawals of £3.3 billion. High inflation levels, with the Consumer Prices Index currently running at 7%, has led investors to turn bearish on bonds as increases in the cost of living erodes the income that bonds pay.

Once again, UK equity funds remained unloved, with outflows of £563 million. Investors continue to shun UK funds, despite the return to form of value shares.

The market rotation towards more cyclical companies and away from growth shares has benefited the UK market, as it is more economically sensitive than other exchanges. Value sectors, such as oil, gas, miners and banks, comprise a large part of the FTSE 100’s market cap.

European funds were also out of favour, with £505 million withdrawn. According to the IA, investors have turned cold on the region owing to its economic exposure to Russia's invasion of Ukraine.

Most equity sectors posted outflows in March, with the two exceptions being US and Japan funds, which received inflows of £83 million and £10 million.

Interactive investor customers have also been increasingly turning to passive funds, with eight of our top 10 most-bought funds in April aiming to simply mirror the performance of an index (or use passive strategies in the case of the Vanguard LifeStrategy range).

A year ago, just four entries in our top 10 most-popular funds table were either an index fund or an exchange-traded fund (ETF).

Responsible investment funds also remain in demand, with £935 million invested. Their overall share of industry funds under management was 5.7% at the end of March, with £86 billion held in such funds.

Ethical funds have been retaining investors, despite performance coming under pressure on the back of the market rotation. Performance has been negatively impacted because most ethical funds do not have exposure to two of the best-performing sectors so far in 2022: miners and oil firms. In addition, ethical funds tend to favour technology shares, which have fallen out of favour.

Chris Cummings, chief executive of the IA, said: “Investors remained cautious in March in light of monetary tightening and Russia’s invasion of Ukraine. Although Russia launched its invasion in February, the economic ramifications of the conflict became clearer in March. Outflows from European equity funds accelerated sharply to £505 million, as investors considered the risks of Europe's dependence on Russian commodities.

“However, March was a story in two parts and outflows were balanced by many investors rushing to use their ISA allowance and seeking potentially safer havens in diversified funds, with multi-asset strategies benefiting in particular. Inflows to responsible investment funds continued to be a bright spot, recording their strongest monthly inflows so far in 2022 and demonstrating investors' commitment to sustainable investing.”