Backing this industry giant proved premature, but the investment case is still sound and our overseas investing expert remains optimistic. 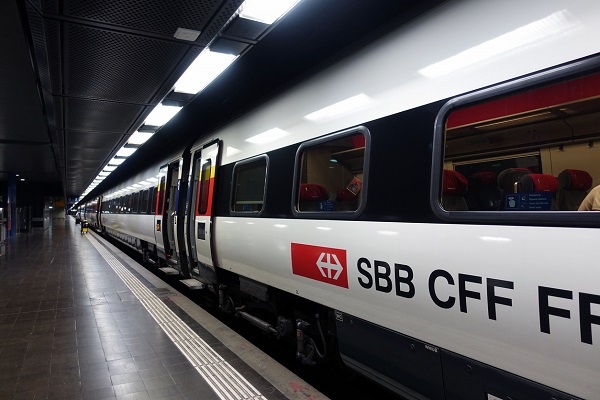 One of this year’s big investment disappointments has been French railways equipment group Alstom SA (EURONEXT:ALO). Despite the company winning more contracts around the world and producing results in line with guidance, the shares are bumping down against a four-year low.

Alstom bought Canadian rival Bombardier in January and there are some concerns that it has bitten off more than it can chew. However, the acquisition has opened up new markets in North America and Asia that allow Alstom to expand out of its European comfort zone. The €5.5 billion deal transforms the group into the second largest in the sector after China’s CRRC.

First-half results to the end of September did contain the indisputably disappointing news that net profits slipped 2.3% to €168 million. However, underlying profits, stripping out one-off integration costs, were fractionally higher and the situation should improve as the world slowly gets back to something resembling normal.

Sales were up 14% at €7.4 billion as the group bounced back from lockdowns across all regions and product lines. Although Alstom is best known for manufacturing rolling stock, it also provides signalling and maintenance.

Alstom booked €9.7 billion of new orders in the six months, an 81% rise on the previous year when the pandemic caused a serious slump in railway investment around the globe. Most orders, €6.3 billion worth, came in Europe but there is plenty of scope elsewhere in the world if the Bombardier acquisition comes good.

Meanwhile, the backlog of orders waiting to be fulfilled stood at €76.36 billion, giving strong visibility of earnings for the rest of this financial year and beyond.

Alstom is assuming no further disruptions to the world economy, which may prove to be on the optimistic side. It also issued a reassurance that it did not expect significant supply chain shortages, which is a little more believable as that is more within the company’s control.

Much depends on how well Alstom handles the completion of some problematic projects inherited from Bombardier. These will cause significant cash outflows over the current financial year but the €1.46 billion drain in the first half was not as bad as analysts expected. In any case, Alstom has the resources to handle this outflow, with €1.14 billion of cash plus €3.25 billion in undrawn revolving credit facilities.

Chief executive Henri Poupart-Lafarge said that the integration of the rail business and stabilisation of the legacy projects was "fully on track", and that Alstom would start to generate cash later in the second half even though clearing all the outstanding lossmaking contracts, amounting to €1.3 billion, will take two to three years.

The future of Alstom could depend on how it develops its green credentials. Helping to improve public transport already gives a head start, but the company is now developing hydrogen-powered trains that have already clocked up 200,000 miles. Alstom has the lead in this field. It is also developing efficient railway systems that can reduce energy consumption by 20-30%.

Another important strand for the future is the development, in conjunction with Airbus SE (EURONEXT:AIR), of cybersecurity systems for rail operators.

Alstom has been a poor, even non-existent, dividend payer in the past but is now talking about paying out 25-35% of profits. That should help the shares, which are back down to €30 after peaking at €48 in January.

Hobson’s choice: I tipped Alstom shares at €46 in May, feeling that the fallback in the price had opened up a buying opportunity. That proved to be wildly premature, although I was by no means alone in that judgement. It is dangerous to try to catch falling knives but I still believe that the shares will bounce back and still rate them a buy.