Investment trust boards have the power to sack fund managers that fail to deliver; as well as Mark Barnett, two other fund managers are under pressure. 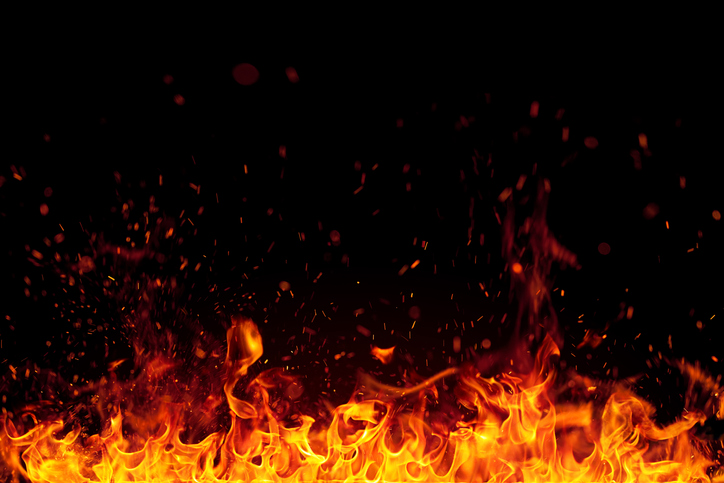 The ‘vote of confidence’ is something that is dreaded by football managers, as it more often than not marks the beginning of the end.

Unlike the owners of football clubs, investment trust boards are not in the business of making contradictory statements; they are much franker when performance is not living up to expectations.

They are also much less hasty to wield the axe, placing greater emphasis on the long-term picture rather than obsessing over how results (against peers and benchmark) have fared over a short time-span.

This is reflected in figures from the Association of Investment Companies, which show that half of investment trusts, 94 in total, have been managed by the same person for 10 years or more.

The longest-serving manager is Peter Spiller, who has managed Capital Gearing for over 37 years; following close behind is Simon Knott, manager of Rights & Issues for 35 years. Next is Hugh Young, pulling the strings at Aberdeen New Dawn for over 30 years.

But such loyalty only occurs when a trust’s performance meets the respective board’s expectations. On that front, since the start of 2016 there have been 12 investment trust boards that have changed not only the manager but the management group he or she works for, according to Winterflood, the investment trust broker.

The most high-profile change, which followed the resignation of Neil Woodford, was the appointment of Schroders to manage Woodford Patient Capital Trust (LSE:WPCT). It will be renamed Schroder UK Public Private Trust.

Most recently (on 11 December) the board of Edinburgh investment trust ran out of patience with Mark Barnett (see below for more details).

More often than not (with Woodford Patient Capital being one exception to the rule), the board also makes a complete change of investment approach at that point. A recent example was the board of The European Investment Trust, which in October sacked Edinburgh Partners and appointed Baillie Gifford as the new management group to run the trust. The management style will change, moving away from a value approach to a growth focus.

Over the past couple of months it has become apparent that three other high-profile fund managers are facing growing boardroom pressure to turn performance around.

Mark Barnett, the protégé of Neil Woodford, has underperformed his peer group in four years out of the past 10, according to FE Trustnet, the data firm. Unfortunately for him and his investors it has been the last four years in a row.

He held his hands up at the start of November and apologised for performance not being up to scratch. Barnett, like his mentor, backs out-of-favour shares and has been focusing his sights on domestically oriented shares.

Edinburgh Investment Trust, one of the two closed-ended funds he manages, decided enough was enough on 11 December and sacked him. Chairman of the board Glen Suarez said:

“I am disappointed by another weak result for the company in today’s interim results, extending the period of underperformance to beyond three years.”

The chairman said the board had “worked hard” to understand why the trust had underperformed and concluded it best to replace the current management with Majedie Asset Management.

On the same day Perpetual Income & Growth (LSE:PLI), the other trust Barnett manages, put out a statement to shareholders, in which it acknowledged its “long-term performance remains poor”, but added that it “does not consider it appropriate to undertake a review of its investment management arrangements at the current time.”

“I am disappointed to report that the net asset value (NAV) total return performance in the six months to 30 September 2019, with dividends reinvested, was –1.2%, compared with +4.6% for our benchmark FTSE All-Share index. The share price total return was –1.0% for the period. In contrast to the NAV and share price performance, revenue has remained strong.”

Laing added that the board “will be closely monitoring progress”, and that it “is very sensitive to shareholder concerns about the continued weak results.”

“We engage regularly with the portfolio manager, Mark Barnett, who continues to apply his consistent valuation-based investment approach. We have also had a number of discussions with Invesco management about the continuing poor performance and about processes around individual portfolio managers.”

Morningstar also flagged liquidity concerns. It said both open-ended funds hold around 30% in small-sized companies, a weighting that has been increasing as both funds have been hit with investor redemptions over the past two years.

Another ‘value’ fund manager who has underperformed heavily in recent years, Davies has managed the open-ended Jupiter UK Growth (LSE:JUKG) since the start of 2013 and more recently (April 2016) was appointed lead manager of Jupiter UK Growth investment trust. It was previously called Jupiter Primadona Growth Trust. Alongside Davies taking the reins the trust switched to a concentrated approach of 30-35 firms with recovery or growth potential, with a bias towards FTSE 100 names.

However, the board has grown frustrated, with chairman Tom Bartlam noting in early October that a change in manager could on the cards.

“With regard to the future of your company, our current investment adviser, Steve Davies, will remain in place until such time as alternative portfolio management arrangements have been agreed by the board. The board is working to identify the best outcome for our shareholders and will communicate with shareholders as soon as a decision has been made.”

“It has now been more than three years since shareholders approved the change in the company's investment policy to focus on UK growth and recovery investment opportunities and we appointed Steve Davies as our fund manager. These past three years have been a challenging period for active investors in general, and in particular for those, such as our fund manager, who focus to a considerable extent on cyclical, domestically facing UK equities.”

Perhaps feeling the heat the least in respect of this trio is Thomas Moore, who manages the Aberdeen Standard Equity Income trust. He also manages the open-ended ASI UK Income Unconstrained Equity fund.

Moore is a respected stockpicker, but performance has come off the boil of late, particularly over the past 18 months. This led the chairman Richard Burns to pen some stern words in the trust’s annual financial report for the year (ending in September 2019), which was released in late November.

He said: “After a performance in 2018 which I described as ‘solid’, our results this year have come as a considerable disappointment. The net asset value total return for the year was -10.8% against the FTSE All-Share index positive result of 2.7%, an underperformance of 13.5%. Unsurprisingly our discount widened from 2.5% to 7.4% and our share price total return was -15.1%.

“This is a very poor result and there is no point in pretending otherwise.”

Burns acknowledged that Moore’s value style has been out of favour. Moore has been favouring domestically focused UK business, primarily in the mid and small cap arena.

Nonetheless, Burns was critical that stock selection mistakes had been made by Moore, citing “several disasters, such as Kier Group and Staffline.”

“These results mean that our long-term performance numbers, which have for several years been running ahead of our benchmark, are now lagging significantly.”