UK shares carry lower valuations than overseas peers, but there’s a hidden risk to be mindful of. 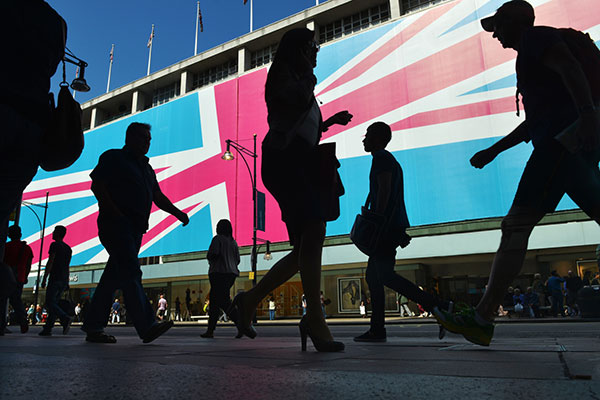 Over the past couple of years there’s been plenty of commentary pointing out that the UK market is cheap versus its own history and compared to international markets.

The two big headwinds that have deterred UK investors from their home market were years of Brexit uncertainty (when a potential no deal was a real prospect), followed by the Covid-19 pandemic.

Given that both are no longer the headwinds they were, continued pessimism towards the UK market has been surprising commentators. In three of the past four months, UK funds have posted outflows, meaning more money has been withdrawn than invested.

This is despite UK shares looking cheap versus history and international peers – particularly the US stock market, which continues to advance higher and command a higher price tag from investors.

But, while there is a growing chorus of fund managers, many of whom are talking up their own books, pointing out that the UK represents a great entry point for investors due to its cheap valuation – there is a key reason to tread carefully before increasing exposure.

The fact is that many investors will already have a sizeable exposure to the UK. This is not a new observation, but investors may not realise the full extent of their UK holdings.

At interactive investor, UK shares account for around 80% of the average customer’s direct equity portfolio. Of course, around 75% of FTSE 100 company earnings are generated outside the UK, so investors also have international exposure via their home market.

When it comes to international diversification, investors are more likely to use funds, investment trusts and exchange-traded funds (ETFs). However, care needs to be taken when sizing up global funds and investment trusts. Some funds with ‘global’ in their name have considerably more in the UK than an investor would expect.

Moreover, multi-asset funds (both active and passively managed) also tend to have weightings to UK shares and other UK assets (such as bonds) that notably exceed the UK’s 4.2% weighting in the MSCI World Index.

Therefore, if you already have a lot of UK shares, either directly or through funds, it is key to look under the bonnet and perhaps consider a fund or trust that has a low amount of exposure to the UK. Failure to do so runs the risk of increasing home bias, as well as duplicating holdings.

“Within the utility sector, National Grid’s US business makes up half of the group and if it was listed in the US it would be in the top 10 largest utilities. In my view, the value of its business looks underappreciated as a result of being listed in the UK.

“Sage trades at a several price-to-earnings point discount to US peers and BAE systems is around one-third cheaper than US defence companies, despite a significant presence in the US market,” she says.

Alex Wright, fund manager of Fidelity Special Values (LSE:FSV) and Fidelity Special Situations, says that in valuation terms the UK is one of the cheapest major markets, with the exception of Italy and South Korea.

He adds: “Private equity groups and other corporates are recognising the value on offer in the UK market, with a meaningful uptick in M&A bids this year. We are likely to see more bids if valuation discounts relative to overseas peers do not close.”