This company hosted one of last year’s most controversial AGMs. Our expert looks at whether you should vote for or against the proposed pay  policy this time. 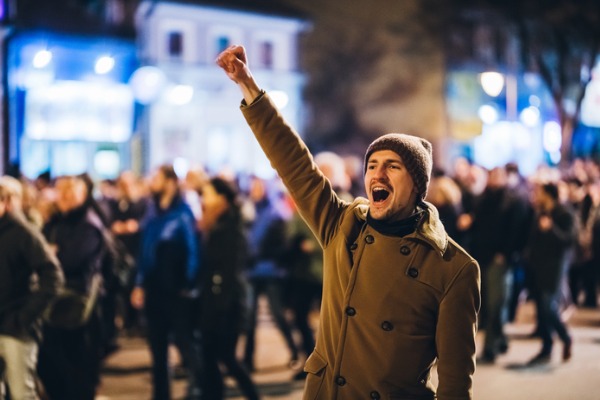 One of 2020's best examples of shareholders holding boardrooms to account came at FTSE 250-listed NCC Group (LSE:NCC), when 48% of AGM votes went against the cyber security firm's pay report.

The revolt prompted the company to go back to shareholders to better understand their complaints, which focused on an increased non-financial weighting in the annual bonus.

NCC still considers its decisions as appropriate due to the exceptional circumstances of the pandemic, but has gone back to the previous weighting in this year's annual report. Its AGM takes place next week, with advisory group Glass Lewis recommending shareholders vote in favour of the remuneration report.

How to participate: Due to an increase in the number of Covid-19 cases, the company has requested shareholders do not attend the AGM in person. Questions must be submitted to investor_relations@nccgroup.com by 2pm on Tuesday 2 November, the same deadline for the return of proxy voting forms.

Who is in the chair? Chris Stone, former chief executive of Northgate Information Solutions.

How did the company do in the year to 31 May? The cyber and software resilience business grew revenues by 2.6% to £270.5 million and lifted adjusted earnings per share by a quarter to 9.5p, leading to an unchanged final dividend of 3.15p for payment on 12 November. The FTSE 250-listed company also secured its largest acquisition to date with the deal to buy Iron Mountain's Intellectual Property Management business.

How has the company responded to shareholder pressure? More than 48% of votes at the 2020 AGM went against the remuneration report, with shareholders unhappy at the discretion used in a period of Covid-19 uncertainty. This discontent partly focused on the increased weighting towards non-financial measures in the annual bonus from 25% to 40%. This will revert back to 25% in the current year and a profit underpin will also be restored.

Why is the remuneration policy being updated? Changes to the triennial policy were kept to a minimum at last year's AGM due to the pandemic, so the company has revisited the opportunity to ensure its rewards are appropriate in a highly competitive market for talent.  This means it is making phased increases to variable pay, starting this year with a rise in the level of long-term incentive plan awards for the CEO from 100% of salary to 175%. In 2022/23, the annual bonus opportunity will increase from 100% of salary to 125%.

What's the view of voting agencies? The binding vote on the new remuneration policy is supported by Glass Lewis, which said the proposals did not appear to be excessive relative to peers or in the context of recent promotion to the FTSE 250 index. It has raised concerns about pay rises awarded to chief financial officer Tim Kowalski, but overall the voting lobby group is also in favour of the advisory vote on the remuneration report.

How is the company doing on diversity targets? There is one female board member and no ethnic minority representation. Glass Lewis notes that no woman has been appointed to the board since 2018 and that the company has not had more than one woman director at any one time since listing in 2007. Despite the company's 2024 commitment to have at least 33% female representation and at least one person of colour on the board, Glass Lewis has recommended making nomination committee chair Chris Stone accountable for the current shortfall by voting against his re-election as a director.

Where: The offices of UBS, 5 Broadgate, London EC2M 2QS

How to participate: Questions for the board need to be submitted to AGM@hays.com before the close of business on Monday, 8 November and will be answered directly. Proxy votes are required by noon on Monday 8th.

Who is in the chair? Andrew Martin, a former chief operating officer at Compass and until last year a member of the easyJet board.

How did the company do in the year to 30 June? The recruitment firm's net fees were down 8% to £918.1 million and underlying earnings per share fell 30% to 3.67p, but trading improved through the year. A strong cash performance led to the resumption of dividends, with the scheduled payment of 1.22p a share on 12 November due to be accompanied by a £150 million special dividend of 8.93p a share.

How much is the boss paid? Alistair Cox received a base salary of £768,000, with his annual bonus of £1.1 million and vesting of long-term incentives taking total remuneration to £2.6 million. The bonus amounted to 97% of the maximum opportunity after cash generation was treated as a key strategic goal at a time when the pandemic meant a low level of profitability. It will revert back to the normal metrics of earnings per share and cash conversion for this year's bonus targets. Cox's salary for 2021/22 is also increasing 2%.

What's the view of voting agencies? Glass Lewis has recommended voting in favour of the remuneration report, as well as the separate resolution on the 2022 share performance plan. This proposal is broadly in line with the policy approved by shareholders at the 2020 AGM.

How did last year's AGM go? The new remuneration policy was approved by shareholders with a binding vote in favour of 91.47%, while the remuneration report got 99.65% support.

How is the company doing on diversity targets? Women account for 37% of board membership but Glass Lewis notes the company has failed to outline an approach to increasing board-level ethnic diversity ahead of the Parker Review target to have at least one director from an ethnic minority background by the end of 2024. Hays (LSE:HAS) says that diversity is not about quotas, adding that it will continue to ensure that it is taken into account with every appointment.