Have your say on the companies you invest in. 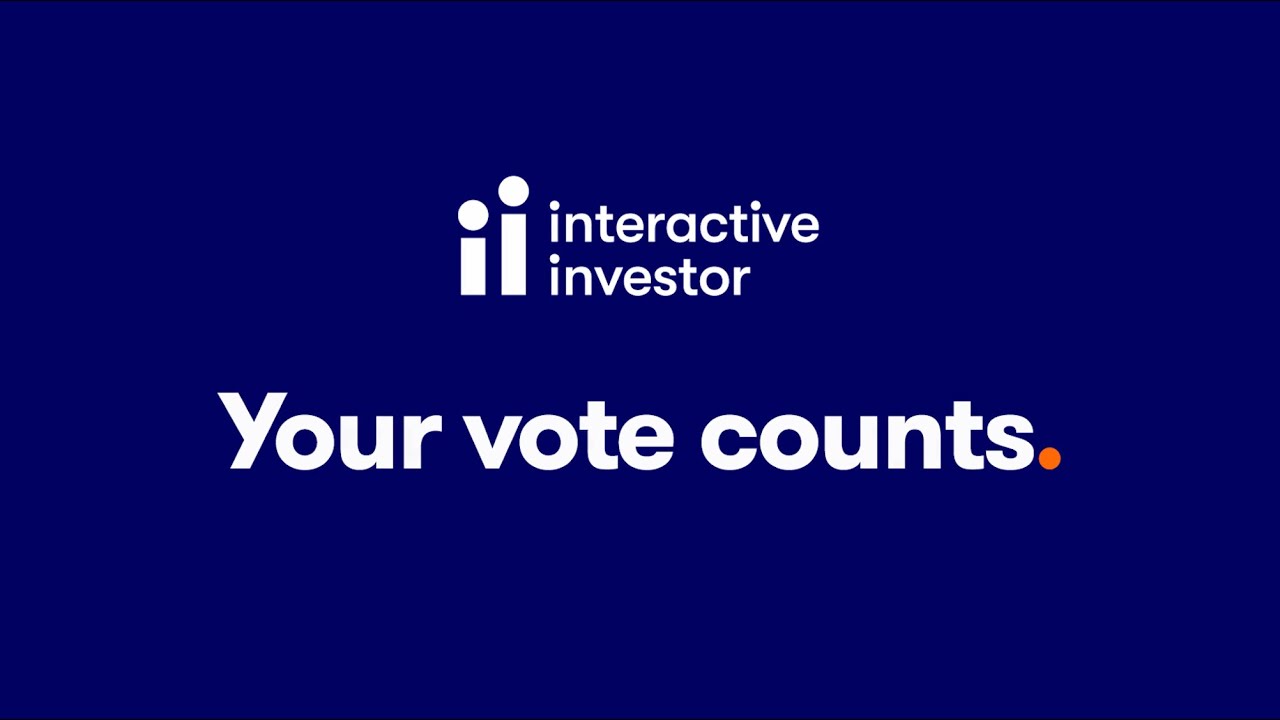 In November 2021, we made being able to vote at company annual general meetings, and other voting events, the default setting on ii (but you can still opt out if you wish).

Customers will now be notified when they are eligible to place a vote via ii’s ‘voting mailbox’ service online (unless you unsubscribe from the service), as well as being notified of shareholder events, such as AGMs.

Over the past year, we have seen more young people taking control of their financial future by investing and I would encourage these new investors to harness their collective power through voting. There is no obligation to vote, but it is important to give yourself that option.

We have seen how a default setting in the form of automatic enrolment for company pensions has had a huge and beneficial effect on savings for retirement. By making the ability to vote online the default for shareholders, we hope to increase the popularity of another aspect of investing that is valuable and important.

The ability to vote simply and easily should become the new normal.

How can I vote?

Companies ask shareholders to vote on things like the board of directors, approving dividends and how the company is run.

Subscribed customers will see a Voting Mailbox in their online account (under ‘portfolio’ at the top of the page).

Here you will receive notifications for all the UK-listed companies you own shares in. Where available, you’ll see links to view an event or place a vote.

Your AGM guide: what you can do and how to do it 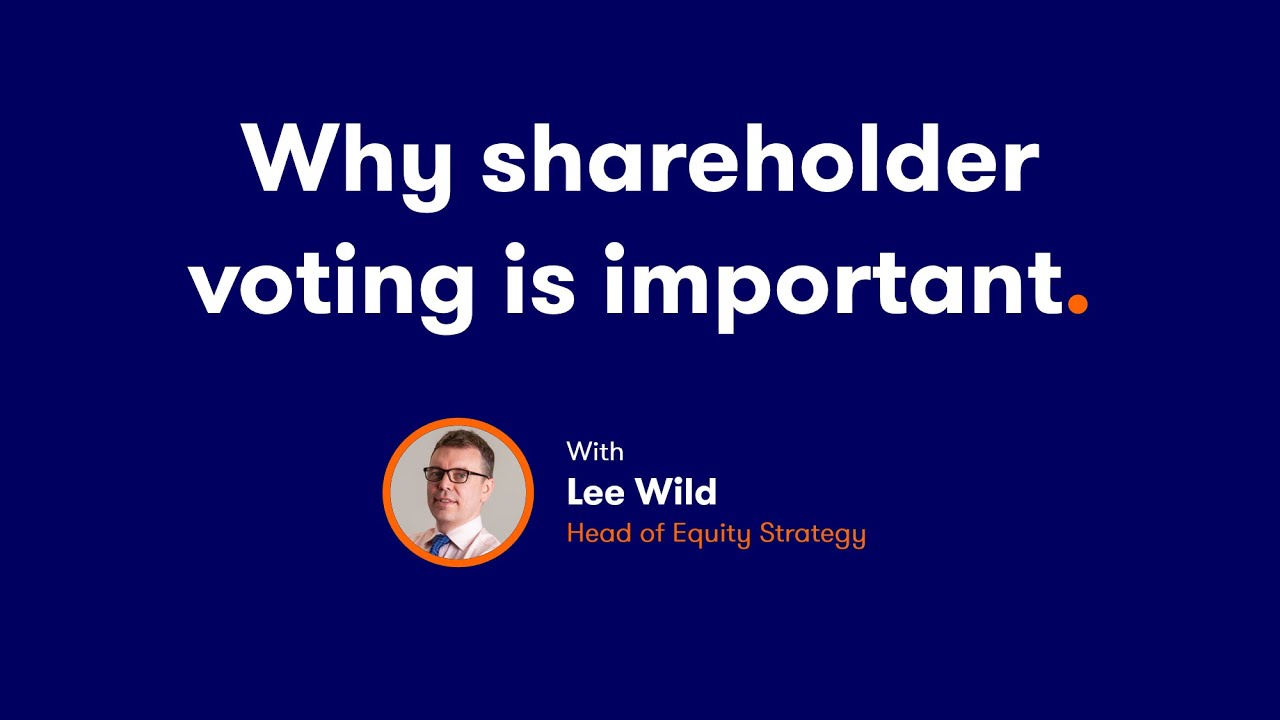 What do ii customers vote on?

The most voted shares on the interactive investor platform in 2021:

The proliferation of social media has given us all a platform to air our views on everything from sport and politics to celebrity gossip and favourite TV shows. It’s become easier to express personal opinions publicly and most of us now do it every day, so why shouldn’t shareholders have their thoughts heard by more of the big corporations they own a stake in? With strength in numbers, there’s a real opportunity to hold businesses and the people who run them to account.

More shareholders than ever are seeing the advantages of becoming more involved in the way their companies are run. And the more of them that exercise their right to vote at company meetings, the greater the influence they can have. We see time and again how effective professional activist investors can be at achieving change at underperforming companies, and management can be held to account by smaller shareholders, especially if they vote in numbers.

There’s increasing pressure on companies to give all shareholders, not just the big banks and fund managers, a say in major decisions. So, expect more opportunities to make your views known. AstraZeneca has already discovered the strength of feeling about its generous boardroom pay, GlaxoSmithKline’s investors had a say on future strategy, and in June investors got to vote on the directors’ share qualification rule at Scottish Mortgage. Both Unilever and Shell put plans to simplify their share structures to shareholders, and emotive issues like climate change are also attracting greater attention. Special resolutions gave investors a great chance to let both BP and Shell know what they thought of their approach to this hot topic.

We were delighted to win the Association of Investment Companies (AIC) recent Shareholder Engagement Award, which was launched for the first time this year.

The award recognises the work that investment platforms do to facilitate and encourage shareholder engagement with investment companies, including voting, annual general meetings (AGMs) and corporate actions.

Your investment company: having your say

This video from The Association of Investment Companies (AIC) looks at how shareholder voting gives you a voice on the companies you invest in. 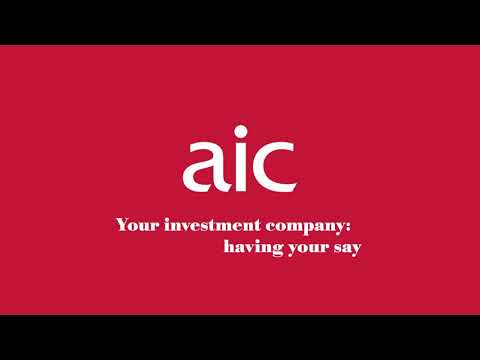 You can subscribe to and unsubscribe from this service at any time.

Your vote counts: the investment trust AGMs in May 2022

Your vote counts: a crib sheet for these hot AGMs

Your vote counts: put these FTSE 100 meetings in your diary this AGM season

Your vote counts: the investment trust AGMs in April

Is it the dawn of a new era for shareholder activism?

Merryn Somerset Webb: the future of AGMs is bright

Merryn Somerset Webb: we all have the power to transform capitalism

Your vote counts: where to put your cross at these FTSE 100 AGMs

Your vote counts: Countryside Properties has explaining to do

Your AGM guide: what you can do and how to do it

Your vote counts: why it's now easier than ever to have a say at AGMs

Your vote counts: video games, an investment manager and AI

Your vote counts: why BHP shareholders are told to reject green plan

Your vote counts: why this AGM season was revolutionary

Your vote counts: what to expect at BT, British Land and Burberry AGMs

Your vote counts: will M&S and Sainsbury's avoid AGM trouble?

Your vote counts: what to expect at Tesco and Scottish Mortgage AGMs

By Graeme Evans
17 May

Your vote counts: Lloyds Bank AGM, Shell and Next

By Graeme Evans
10 May

Why Barclays shareholders may need to be patient

By Alistair Strang
7 May

IAG losses pile up during wait for travel green light

Month in the markets: value rally in US and Europe continues

Rebel shareholders call for Strategic Equity Capital to be wound up

Your vote counts: four AGMs to watch like a hawk

Have your say: three biggest issues for shareholders right now

Have your say: the upcoming AGMs that could get bloody

Ian Cowie: investment trust shareholders should use their votes

Have your say: possible AGM flashpoints this week

Shareholder voting: how you can make a real difference

Company fundraisings: what you need to know

The value of your investments, and the income derived from them, may go down as well as up. You may not get back all the money that you invest.