"Twitter has extraordinary potential. I will unlock it," claims Tesla owner Elon Musk after launching a bid for the social media network. 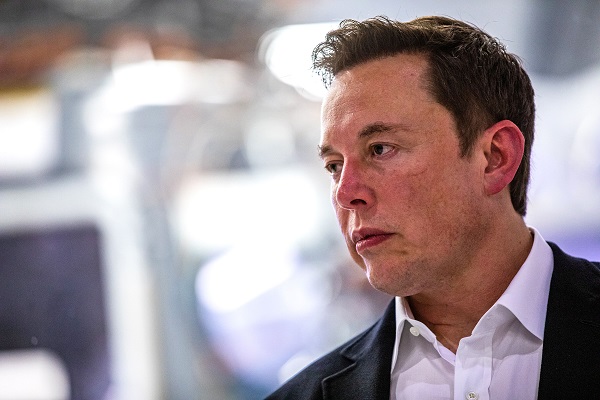 Tesla Inc (NASDAQ:TSLA) owner Elon Musk, a fierce critic of Twitter Inc (NYSE:TWTR) in recent months, is planning to extend his empire beyond electric cars and spaceships to social media.

In what is a hostile takeover, the world’s richest person is offering $54.20 in cash for every Twitter share, valuing the company at $43.4 billion. The shares closed last night at $45.85 and had been as low as $31.30 in the days following Russia’s invasion of Ukraine. That said, they have also traded above $73 in the past year, so some investors are bound to be disappointed and demand more than the current offer.

Musk, worth over $273 billion according to Forbes, began building a stake in the social media giant in January but, after starting small, we found out earlier this month that he’d splashed out about $3 billion on a 9.2% stake mid-March.

The controversial entrepreneur, who boasts 82 million followers on the platform, has been critical of Twitter, accusing it of “failing to adhere to free speech principles”.

Here’s what he said in the official filing with the US Securities and Exchange Commission (SEC):

The Proposal is non-binding and, once structured and agreed upon, would be conditioned upon, among other things, the (i) receipt of any required governmental approvals; (ii) confirmatory legal, business, regulatory, accounting and tax due diligence; (iii) the negotiation and execution of definitive agreements providing for the Proposed Transaction; and (iv) completion of anticipated financing.

There can be no assurance that a definitive agreement with respect to the Proposal will be executed or, if executed, whether the transaction will be consummated. There is also no certainty as to whether, or when, the Issuer may respond to the Letter, or as to the time table for execution of any definitive agreement. The Reporting Person reserves the right to withdraw the Proposal or modify the terms at any time including with respect to the amount or form of consideration. The Reporting Person may, directly or indirectly, take such additional steps as he may deem appropriate to further the Proposal.

If the Proposed Transaction is completed, the Common Stock would become eligible for termination of its registration pursuant to Section 12(g)(4) of the Securities Exchange Act of 1934, as amended, and would be delisted from the New York Stock Exchange."

“I invested in Twitter as I believe in its potential to be the platform for free speech around the globe, and I believe free speech is a societal imperative for a functioning democracy.

However, since making my investment I now realize the company will neither thrive nor serve this societal imperative in its current form. Twitter needs to be transformed as a private company.

Victoria Scholar, head of investment, interactive investor, said: "This is a deeply hostile move from Elon Musk who has threatened to ‘reconsider’ his 9.2% stake in the company if his 100% acquisition offer is rejected. Musk has priced his offer attractively at a significant premium to yesterday’s close making Twitter decision even more difficult.

"While shares initially spiked more than 12% pre-market, the stock is now up 6.5% to around $48 a share, suggesting the market isn’t fully convinced the $54.20 a share offer will be accepted.

"There has already been some friction between Musk and Twitter employees. Musk described himself as a free-speech absolutist, which goes against Twitter’s deep focus on content moderation through removing trolls, fake news and conspiracy spreading. If he were to take control of the company there could be some significant changes with a shift in focus away from content moderation and healthy content sharing towards absolute free speech which Musk says is a ‘social imperative.’

"The biggest change however would be that the company would go private, allowing more flexibility and requiring less accountability. Plus we would expect to see the changes Musk outlined over the weekend including allowing users to pay with dogecoin and cutting the price of the Twitter Blue premium service."