Tom Bailey crunches the numbers to find out which approach was best to profit from value shares returning to form. 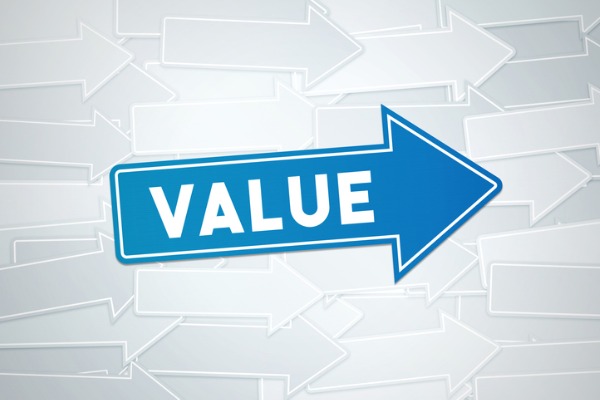 Value shares are defined as those with share prices that are ‘cheap’ when compared to their financial fundamentals, such as book value, earnings, cash flow or sales. Such stocks have historically produced higher returns.

However, that has not been the case over the past decade. Instead, companies deemed to be ‘growth’ stocks, often big US tech companies, led the way. The underperformance of value produced reams of commentary attempting to explain this. Broadly, many saw it as the result of the low economic growth, low inflation and low interest rate world that emerged following the 2008 financial crisis.

But whatever the reason, fortunes have picked up over the past few months for value investors. Since last November, value stocks have started to outperform. Largely, this is down to the pick-up in global economic growth expectations following the roll-out of vaccines, as well as the commitment of the new Biden administration in the US to large fiscal spending.

This backdrop is a tailwind because value is categorised as a ‘pro-cyclical’ factor, meaning that it tends to do better in periods of economic expansion. Cyclical and value are different categorisations, but there are many overlaps, with many value stocks also being cyclical stocks.

This can be seen in the sector composition of the MSCI World Value Index compared to its parent index, the MSCI World Index. The value-screened index has much heavier weightings to ‘cyclical’ sectors such as financials, energy and industrials. Meanwhile, the non-value screened index has a higher weighting to both the information technology and consumer services sectors, both of which are viewed as being less cyclical and stuffed with growth stocks.

If value stocks floundered in the low growth 2010s, it makes sense for them to start performing better in the face of the expected strong economic recovery following the pandemic.

For the exchange-traded fund (ETF) investor, there have been two potential ways to play this value rally. The obvious option is to use an ETF tracking a value-screened index – the factor approach. The other way is to track an index that tracks a sector where value and cyclical stocks are typically found, such as energy, banks or industrials – the sectoral approach.

The value factor approach has certainly paid off. Year-to-date in sterling terms, both the iShares Edge MSCI World Value Factor ETF (LSE:IWVL) and the Xtrackers MSCI World Value ETF 1C GBP (LSE:XDEV) have produced returns of around 14%. In contrast, the MSCI World Index has returned just under 10%.

As the name suggests, these two ETFs track the world index, but screened for value stocks. However, it is important to note that they do not track the MSCI World Value Index, mentioned above. Instead, they both use the MSCI World Enhanced Value index.

The enhanced value index is different. Whereas the standard value index finds itself overweight certain sectors, such as energy and financials, where value stocks are typically found, the enhanced index aims to be “sector neutral”. Stocks are selected according to their value characteristics, but are then re-weighted so that the sector weighting of the MSCI World Enhanced Value Index is similar to that of the MSCI World Index. As a result, the index is not overweight the typical value and cyclical sectors.

It would be a reasonable assumption to think that this attempt to be sector neutral may come at the cost of returns during the latest value rally. After all, the value rally has been driven by a pick-up in economic growth expectations, therefore not being overweight cyclical sectors such as banks and energy could be seen as costing performance during the pro-cyclical rally.

Fortunately for investors, that has not been the case. The value stocks in the index have still beem able to enjoy the pro-cyclical rally, as the performance data shows. Indeed, the MSCI World Enhanced Value Index has actually outperformed the MSCI World Value Index by about 2% year-to-date.

However, investors who opted for the sector route, choosing the more value and cyclical sectors, enjoyed better results. If an investor had decided to play the value rally by opting for energy stocks, they would have seen returns almost double that of ETFs tracking the MSCI World Enhanced Value index. For example the SPDR® MSCI World Energy ETF (LSE:WNRG), Amundi IS MSCI World Energy ETF-C USD GBP (LSE:CWEG) and Lyxor MSCI World Energy TR ETF C USD (LSE:NRGW) all returned around 32%.

So, choosing the route of highly cyclical sectors, in which plenty of value stocks are found, was the more profitable way of playing the value rally. However, this was also a much riskier way to do so.

Rather than just being a bet on the stronger performance of stocks that exhibit value characteristics, this entailed an active bet on specific sectors.

An indirect way to invest in value shares

Beyond the sector or value approach, there is a third option: the Invesco FTSE RAFI All World 3000 ETF GBP (LSE:PSRW). This is not quite a value factor ETF, as it does not attempt to simply gain exposure to value stocks. Instead, it tracks the FTSE RAFI AllWorld 3000 Index. This is part of the so-called fundamental indices developed by Rob Arnott from Research Affiliates.

These indices attempts to rank companies by their economic footprint, meaning constituents are weighted according to their dividend yield, free cash flow, total sales and book equity value.

The result of this is that the index is overweight value and cyclical stocks. However, it holds fewer value shares than the value ETFs mentioned above, which makes it a more ‘conservative’ way for investors to gain exposure to value. Year-to-date it has returned 13.3%.