The Bank of England chickened out of a first rate rise in over three years, but that’s great news for the UK’s army of mid-cap companies. 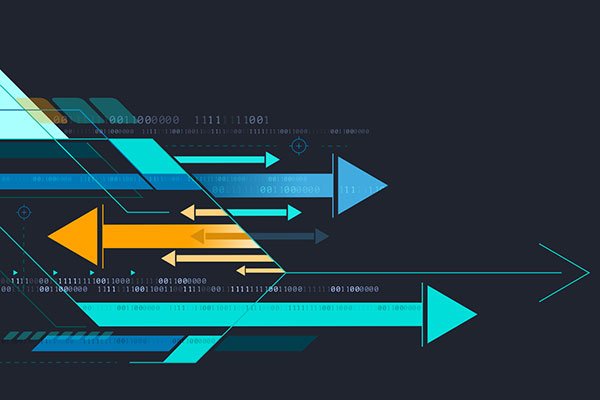 The FTSE 250 index raced ahead of its top flight counterpart today as earnings upgrades and another month of ultra-low borrowing costs kept UK-focused stocks in demand.

The Bank of England's surprise decision not to raise interest rates to 0.25% accelerated an already strong session for retailer Currys (LSE:CURY), which surged 8% higher at the top of the FTSE 250 after its better-than-expected trading update.

The prospect that many UK households will head towards Christmas without the near-term burden of higher mortgage bills did no harm to consumer-focused shares, leading to recoveries of 5% for pandemic-hit stocks TUI (LSE:TUI) and the retail landlord Hammerson (LSE:HMSO).

A resurgent Marks & Spencer (LSE:MKS) also continued its recent improvement to reach its highest level since January 2020, having gained by 3% or 5.3p to 193.96.

The FTSE 250 was already doing well at 23,307 prior to the Bank of England decision, but added another 0.9% in the following 90 minutes to stand at 23,510 for a 1.7% rise overall. Some overseas earning mid-cap stocks also benefited from the sharp fall in the pound against the dollar.

In contrast, the FTSE 100 index was 0.35% higher at 7,271, having seen a more modest spike after noon. The performance of the FTSE 250 index represents a welcome return to form for the second-tier index after hitting a record high of around 24,350 in early September.

Supply chain, inflation and interest rate jitters have led to weakening since then, although today's upbeat batch of updates should go some way to rebuilding mid-cap confidence.

Currys provided a favourable insight into the mood of the consumer ahead of the peak trading season when it reported that half-year sales in the UK and Ireland rose 11% on a like-for-like basis against the same period two years ago.

Its strong cash generation has also given management the firepower to announce a £75 million buyback of shares on top of the recent reinstatement of the dividend.

The stock, which changed its name from Dixons Carphone this summer, jumped 10.1p to 132.3p but broker Liberum believes this is still too cheap after upping its price target by 25p to 200p.

Conditions have also been favourable for Draper Esprit, whose tech-focused investments include Wall Street newcomer Cazoo (NYSE:CZOO) and the recently listed Trustpilot (LSE:TRST).

Draper sent its shares 78p higher to 1058p after revealing that net asset per share in half-year results later this month will be at least 885p, which compares with 743p in March.

Updating its target of 15% fair value growth for this financial year, Draper Esprit now expects a figure closer to 35% in the year to 31 March subject to wider market conditions.

The company, which joined AIM in 2016 and secured promotion to the FTSE 250 index in September, said it would update investors over the next few days on a new corporate name to better reflect its next phase of growth.

The repositioning of Tate & Lyle as a growth-focused speciality food and beverage solutions business also appears to have benefited from the robust consumer conditions.

The company, which is on course to complete the sale of a controlling stake in its Primary Products business in the Americas in the first quarter of next year, reported growth in revenues and profits from continuing operations of 19% and 20%, respectively.

Chief executive Nick Hampton said he looked forward to the future with great optimism, adding: “Consumer demand for healthier food and drink continues to strengthen across our markets.”

Other big risers included precision and critical engineering firm IMI after it said third-quarter trading had been stronger than expected, despite the volatile supply chain conditions.

IMI shares rose 150p to 1,779p as it raised full-year earnings per share guidance by 4p to 92p,  but analysts at Jefferies believe the shares have the potential to go beyond September's record high to reach 2,105p.

The US bank also has a “buy” recommendation on Electrocomponents, which today reported half-year earnings per share of 23p for a 29% improvement on two years ago.

Chief executive Lindsley Ruth said the “very strong performance” reflected a differentiated offer and a robust market as revenues rose 24% on 2019 to £1.2 billion.

Founded in 1937 as Radiospares, the company distributes 500,000 industrial and electronics items under nine brands including RS Components and the technology business OKdo for computing and Internet of Things equipment.

Shares rose 6% or 68p to 1,206p but Peel Hunt has a price target of 1,420p after highlighting the company's potential for continued margin progress and market share gains.

The broker added: “We see organic momentum in the business complementing the self-help measures implemented in recent years. The potential for acquisitions also adds an attractive angle.”