We reveal how the UK market responded in its first trading session since the Brexit deal. 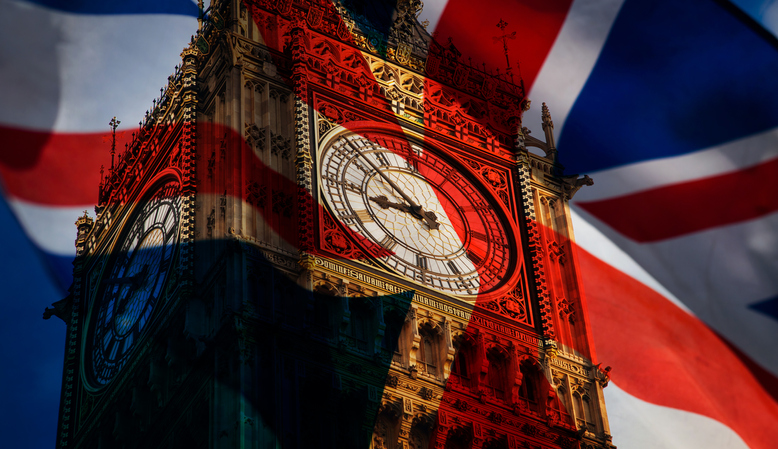 Investor sentiment has been boosted following the eleventh-hour post-Brexit trade deal struck on Christmas Eve. The prospect of a no-deal scenario was one of two big headwinds - the other being Covid-19 - that cast a shadow over the UK stock market in 2020.

On the first day the UK market has been open since the trade deal was announced, the FTSE 100 hit its highest point since early March. At midday, the index gained 2.1% or 137 points to trade just below 6,650. The vast majority of the index’s constituents saw their share prices advance, as investors gave the deal the thumbs up. The broader FTSE All-Share index also gained 2.1%, while the more domestically focused FTSE 250 index hit a 10-month high, up more than 2%.

The pound, which had hit a two-year high versus the US dollar prior to the trade deal, posted a smaller gain of 0.4% to trade around $1.35.

Among a small number of shares not to benefit from the Brexit ‘relief rally’ were UK banks, with Lloyds Banking Group (LSE: LLOY), NatWest Group (LSE: NWG) and Barclays (LSE: BARC) all in the red, amid uncertainty over access to European markets for UK financial services companies.

Leading the pack at midday was new FTSE 100 member Pershing Square Holdings (LSE: PSH), up more than 5%, followed by Kingfisher (LSE: KGF) and Diageo (LSE: DGE), both up over 4.5%.

In December the FTSE 100 is up just under 4% (at the time of writing), adding to November's impressive 12% gain.

While not everyone will be happy with the deal, which is expected to be ratified by the House of Commons tomorrow (30 December), the consensus is that a deal is better than no-deal, which would have caused a huge amount of uncertainty for businesses. The deal avoids reverting to less favourable World Trade Organization (WTO) rules, and the introduction of tariffs that would have increased costs for businesses.

David Page, head of macro research at AXA Investment Managers, says the trade deal is “good news for both sides”. He adds: “A reversion to WTO trade terms, which would have seen tariffs and non-tariff barriers rise across a broad range of categories, but most notably in cars and some food products, would have led to a much more material impact on the UK economy.

“[The deal] removes the uncertainty that has affected UK business investment since the referendum result in 2016 ,and may finally allow investment to readjust to the shock of increased trade barriers on a more certain footing.”

While the majority of firms saw their share prices rise, the biggest winners, in theory, in the days and weeks ahead will be those that are more domestically focused, according to respected fund manager Richard Buxton. However, he points out that some of these businesses have seen already seen notable share price gains since early November following  the “sea change in sentiment towards ‘value’ stocks relative to ‘growth’ stocks, spurred by positive vaccine news”.

Buxton, who manages the Merian UK Alpha fund, says a no-deal scenario would have seen significant further weakness in sterling and sharp falls in domestically focused companies. The winners would have been multinational companies benefiting from the pound’s fall. But, given that a deal has been struck, the reverse trend should now play out.

“As it stands, there is a high likelihood the pound will appreciate, but in all probability only modestly. Relief, the avoidance of a bad outcome and the ability to look beyond this all-consuming negotiating deadline would then buoy sterling assets.”

Investment bank UBS predicts the pound will strengthen against the US dollar over the next 12 months, ending 2021 at $1.44.

Buxton adds: “Companies reliant on domestic economic activity – retailers, housebuilders, selected leisure and financial companies – should be the most direct beneficiaries. While gains in multinationals will probably be more muted, given the currency headwinds, it is likely they will rise, in the hope that global investors will once more regard the UK stock market as ‘investable’ rather than a pariah of uncertainty.”

Will investors return to the UK?

While Buxton views the deal as “undoubtedly good news for investors in the UK”, he cautions that "global investors may well bide their time to see how the UK does indeed fare in its newly negotiated relationship with the EU before plunging back into UK equities."

He adds: “I expect overseas flows into UK stocks are likely to build slowly over time. All too soon, the focus will return to navigating this difficult virus-impacted winter, to partial lockdowns, rising unemployment and frustratingly slow progress towards mass vaccination and scalable testing. The UK finding its way out of the pandemic, and its way in the world outside the EU, will quickly fill the news pages emptied of stories about the trade negotiations.”

UK equity funds have been unpopular with investors since the Brexit vote in June 2016, with withdrawals exceeding £10 billion. The prospect of a no-deal Brexit, as well as the Covid-19 pandemic, led to UK funds suffering their worst-ever three months of investor withdrawals between June and August, with £1.2 billion withdrawn, according to global funds network Calastone.

Investors in UK equity funds, which were among the worst performers of 2020, will be hoping the trade deal will result in an improvement in performance.

The performance of UK funds has been sluggish since the Brexit vote. According to fund research rating agency FundCalibre, over the past four and a half years, European equities have notably outperformed their UK counterparts. The average fund in the Investment Association (IA) European Smaller Companies sector is up 69% (from 23 June 2016 to 23 December 2020), and the average fund in the IA Europe ex UK sector is up 59.3%

Darius McDermott, managing director of FundCalibre, says: “While many bourses around the world have regained their pre-Covid-19 highs, ours has not and it remains cheap compared with its global peers. So valuation support, some post-deal Brexit positivity, attention from investors and another vaccine bounce may all lead to better times ahead.”