A new CEO is incentivised to make this stock double, but should you take on its risks? 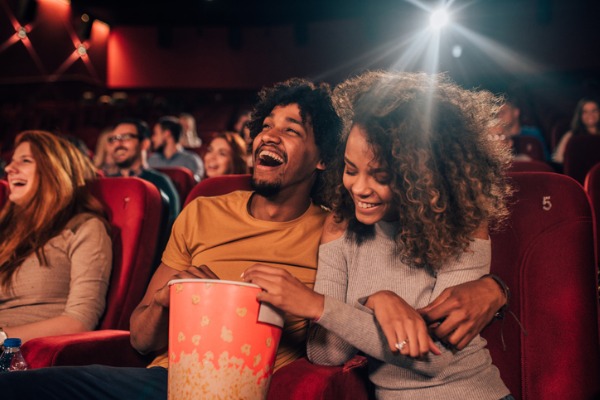 Following my piece on ViacomCBS (NASDAQ:VIAC) it is logical to consider latest annual results from AIM-listed Everyman Media Group (LSE:EMAN) and its prospects. Who will be the entertainment winners in years ahead? Is there pent-up demand to get out of homes for a special experience at venues, or have streaming services gained the upper hand making it harder for cinemas to recover?

Capitalised at £132 million with its stock at 142p, Everyman appears small but is the fourth-largest cinema business in the UK with 35 venues offering a total 117 screens. These are due to re-open on 17 May albeit at 30% less capacity due to social distancing.

Everyman’s venues contrast with traditional cinemas, offering spaced out sofas and quality meals. In good times, the financial year to January 2020 year had shown £37.2 million revenue from box office tickets, with the average price up 1% at £11.37. That’s versus £23.3 million revenue from food and drink which rose 13% to £7.1 million. The growth disparity was explained by way of regional increases in admissions outside of London (at lower margin) while enhanced menu offerings and a relationship with Spielburger boosted meals.

For me, the notion of burger aromas wafting over, even food and drink being delivered to tables, seems a distraction too far. But I would credit that an Everyman near me in Surrey enjoys a 4.7 out of 5 star rating on Google, the first reviewer enthusing: “This is such a lovely cinema, well worth the extra pounds…super comfy sofas…great food and service…all cinemas should be like this.”

Everyman definitely has a clientele, then.

Stock has risen, like much else, on vaccine hopes

After its stock market flotation in late 2013, the shares bumped along sideways around 100p then, from early 2017 to mid-2018, soared as high as 266p. Such a rally looked a classic small-cap squeeze – momentum buying of a cult stock – given the price/earnings (PE) multiple at the peak was 95x the 2.8p a share of normalised earnings per share (EPS) later produced for that financial year.

It appears pre-pandemic forecasts linger in data banks, which his for 6.8p in respect of the current year. Mind there is no dividend record and the current market price of 142p represents a 144% premium to the end-2020 net asset value.

After drifting back to 170p in July 2019, by early February 2020 the shares had rebounded to 220p but, as the pandemic gripped markets, the price fell below 90p a year ago. Autumnal lockdowns saw an all-time low of 68p early last November, from which recovery has appeared to be based on vaccines enabling an extent of normality to resume. 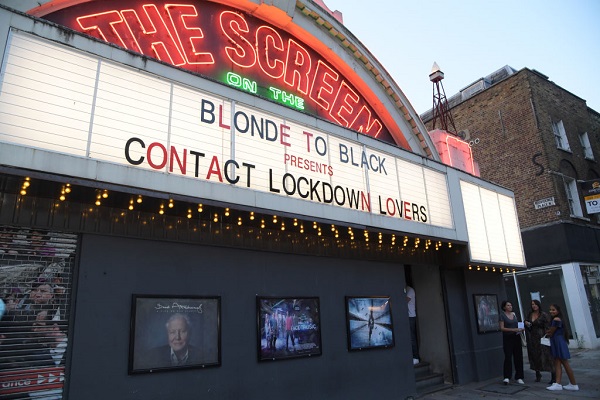 I incline to think that home entertainment is enjoying a long-term boost from the pandemic; that we cannot yet see its extent of poaching interest from cinemas until they declare at the very least a few months of operating results. From my recent investigation of ViacomCBS, prospects for streaming services appear buoyant and it is possible people have also upgraded their home technology.

With Everyman’s stock up 110% on the back of vaccine hopes, it now faces a dual test – of revenue recovery, plus corporate liquidity.

How is the present balance sheet, versus cash burn?

The coffers were boosted by a £17 million April 2020 capital-raise at 100p a share, intended to see the company over the worst of the pandemic and help maintain investment. Yet end-December cash is cited at just £328,000 versus £9 million bank debt (virtually all long-term) and £78 million lease liabilities. Trade payables have reduced 34% but are 3.6x trade receivables.

It is unsurprising, then, how a 23 March update cited debt facilities raised from £30 million to £40 million, as if to further tidy the company over. Presumably, the existing two banks were satisfied to extend – although it is unclear at what charge, given the risk.

The table shows historically high levels of capital expenditure, which was fair enough during expansionary years, and the latest cash flow statement cites £8.5 million spent last year as two additional venues opened in July. More recently, it seems fair to assume some costs being incurred to ensure premises are Covid-secure. “All but a handful of staff” remains furloughed, although the business rates relief is starting to taper down.

The chairman's statement does include a claim that the company will remain within its (amended) banking covenants for the next 12 months, asserting current net debt of £8.7 million.

Mind how new accounting standard FRS16 has altered assumptions behind debt and is presumably why last year’s finance charge was £2.9 million. Inclusive of lease liabilities, year-end net debt was £86.7 million, 90% of which constituted leases, and the introduction of FRS 16 explains why the table shows a jump in net debt from £3.5 million over £86 million.

New CEO incentivised to raise the stock to 225p to 300p

Shareholders can take some heart in the appointment – effective from last January – of Alex Scrimgeour who has a strong record in the leisure industry, having developed Cote Restaurant into a significant brand over five years. He was looking for a new role anyway, after the chain was sold last autumn to private equity. Everyman’s previous CEO had resigned last September after six years, to pursue personal interests.

The rationale was his ability to address customer needs in a constantly evolving leisure market, although quite how the Everyman offering can be radically changed henceforth is unclear.

A second announcement following annual results could see him granted nearly 3% of the company by way of additional shares issued, if performance targets are met.

Initially, he gets a million share options at 100p – a price last seen mid-November, a month before his appointment was confirmed. It seems possible a benchmark market price was discussed back then by way of his remuneration package.

A second element is two million shares issued in a subsidiary Everyman company, exchangeable for new equity in the parent plc: one million shares based on the ordinaries achieving a closing market price of 225p or higher over 15 consecutive trading days, before end-December 2023; and another million if 300p is similarly attained. The actual number of shares will base on market price minus 100p and be subject to other performance criteria.

Best not hold your breath, as the share grants have a 10-year life to reach their targets. That is a fair enough timescale though, if a traditional sense of PE is to apply to this stock than its racy 2017-18 period, or indeed hopes based on vaccine success.

I find Everyman’s situation too speculative and risky for now, chiefly due to its liquidity risk, where I am mildly surprised the financing announcement was not another on equity issuance than debt extension. The early 2021 lockdown really does need to be the last, and opening up from 17 May remain in place.

It also shows the dilemma after stocks have run up in price already, but now face a test of meeting the expectations implied in the valuation. Everyman’s fan club implies future updates are well worth watching, but, in terms of choice, I would favour ViacomCBS. Avoid.