UK banks are being affected by events in Ukraine, but this lender with exposure to a relatively strong economy nearby has grabbed the attention of our stock picker. 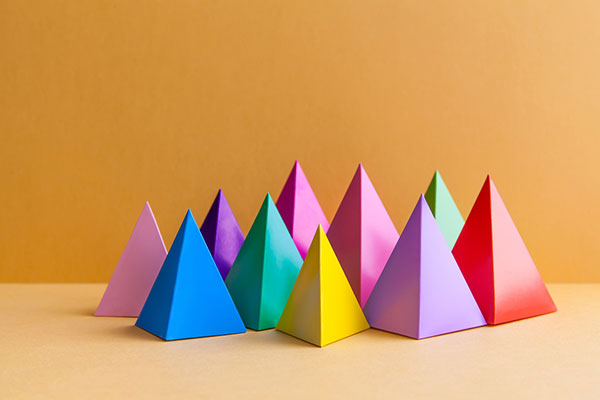 Why are bank shares plunging if a rising interest environment is meant to strengthen their business models?

It is because financial stocks are inherently sensitive to major market moves; insurers are down similarly since Russia unleashed war.

All this confuses prospects for interest rate rises, which would help banks’ operating models. Loan and mortgage demand could also reduce if a climate of uncertainty sets in.

Yet investors and traders could get lucky - buying leading financials when the market plunges like today. Unless the leading banks’ numbers deteriorate, their valuations are already fair to modest.

While most UK investors tend to follow Barclays (LSE:BARC) or Lloyds Banking Group (LSE:LLOY), the contrarian inside me was intrigued by 2021 annual results from Bank of Ireland (LSE:BIRG) earlier this week.

Underlying operating profit (pre-impairment charges) jumped 53% versus 2020 and 25% up on 2019. “We grew income, reduced costs for the eighth consecutive reporting period… as a result of this profitability and strong capital position we are recommencing distributions…”

The news on fundamentals comes in a chart context where the stock declined consistently from €8 in early 2018 to €1.4 in April 2020, then was in an uptrend, reaching €6.8 by early February. The five-year pattern is pretty similar to Barclays and Lloyds, however.

Basic valuation parameters are also broadly in-line with the big UK banks. At €5.55, Bank of Ireland trades on a 12-month forward price/earnings (PE) sub-8x (recent consensus forecasts) and its prospective dividend yield is just over 4%.

Market price also represents a 47% discount to the balance sheet value of €10.5 per share, although management advances its own sense of €9.50 “underlying” value per share – for a 42% discount currently.

All this is broadly in line with Lloyds, however, which at 44p trades on a 7x forward PE and 5.6% prospective yield, and likewise a 41% discount to stated net asset value (NAV). At 163p, Barclays offers an even steeper discount of 61% - on a 6.4x forward PE and 5% yield.

It is up only 5% in context of a 12% rise in operating income to €2.9 billion and a 53% jump in operating profit to €1.2 billion; hence, if rates do rise then net interest income - at 75% of group operating income - can re-rate profit substantially more, given the relative size of its contribution.

The CFO says a 1% rise in interest rates would increase annual net interest income by €274 million.

Obviously, if loans were to contract in a slowdown, then so would the loan interest element.

The bank has benefited from higher loan asset spreads, as a result of lower cost of funds – also longer-term refinancing measures – which makes the prospect of higher rates tricky to quantify.

“Other income” benefited from higher business income and valuation gains in wealth and insurance, although the latter have been inflated by loose monetary policy – now tightening.

Operating expenses are down 4% to €74 million due to efficiency improvements, although €0.2 billion net impairment gains, after €1.1 billion of impairment losses on loans etc in 2020, was the chief reason for a €0.4 billion underlying pre-tax loss becoming a €1.4 billion profit.

It is thus a frustrating aspect of interpreting UK and US banks alike, about how a reversal of Covid-related provisions is swamping headline numbers. Meanwhile, the extent of interest rate rises is now tricky to figure – but the CFO’s guidance is attractive.

Loans are yet to rise; they actually eased over 2021 from €77 billion to €76 billion. My suspicion about how monetary stimulus has benefited asset values more than economic activity, looks to have supported a 61% rise in liquid assets to €50 billion and a 15% rise in wealth/insurance assets to €23 billion.

The common equity tier one ratio – a measure of the bank’s equity capital versus its total assets, hence financial strength – improved from 15% to 17%. This was around 70% due to organic capital generation, and in principle benefits the stock’s rating.

Bank of Ireland asserts its ambition as a “national champion bank”, also with UK and selective international diversification. By this it means championing consumers and driving economic growth with a strong market share.

Cost-cutting has however meant 88 branches closed last year besides 1,585 redundancies and a 15% reduction in office space which continues.

Lengthy parts of the annual report are devoted to improvements, but, for example, I find “over 171,000 customers targeted through behavioural campaigns to improve financial wellbeing” rather wishy-washy. Cutting to the chase: how much can interest rates rise and how might loan demand pan out?

Examining the profile of loans and mortgages in note three to the accounts, “management of key group risks”, some 55% of total loans and advances are mortgage-related – 52% of which are in Ireland and the remainder UK – yet may be substantially Northern Ireland.

A majority element of Bank of Ireland’s prospects therefore relates to confidence in the housing market, which effectively means the authorities not raising interest rates too much.

It underlines the challenge for central banks to find a sweet spot after years of monetary stimulus since the 2008 crisis, that can tame inflation without seriously harming mortgage or general lending.

A means of exposure to Ireland’s ‘supercharged’ GDP growth

Just over a month ago, Davy Group, which is Ireland’s largest stockbroker and wealth manager, estimated a phenomenal 15.5% rate of Irish GDP growth in 2021 – driven by multinational sectors especially IT and communications, pharmaceuticals and medium-tech manufacturing companies.

Notionally, it affirms my concern during the 2016 EU referendum about how a big risk of Brexit – despite the UK unshackling politically from Brussels – was compromising inward investment by global firms.

While that can seem a bit disconnected from plain vanilla mortgage demand, it does help explain Ireland achieving employment 6% above pre-pandemic levels, and consumer spending just 1% below pre-pandemic levels during last summer.

While that may now be compromised by higher energy costs and consumer inflation, Davy points to Ireland having the second-highest household savings rate in the OECD in 2020. I figure that should provide a cushion for Bank of Ireland’s various services.

Davy also expects residential property inflation to slow from 13.5% late last year to 4.5% this year, but Irish wage strength should support ongoing mortgage demand – amid a lack of housing supply. The average mortgage approval rose 8% on the year, in late 2021.

A ‘buy’ for Irish exposure and capitalising on higher rates

Financial shares are likely to remain pressured as the Ukraine crisis festers, but unless expectations tilt towards recession, then Bank of Ireland offers a means of diversification from UK-oriented banks. Buy.