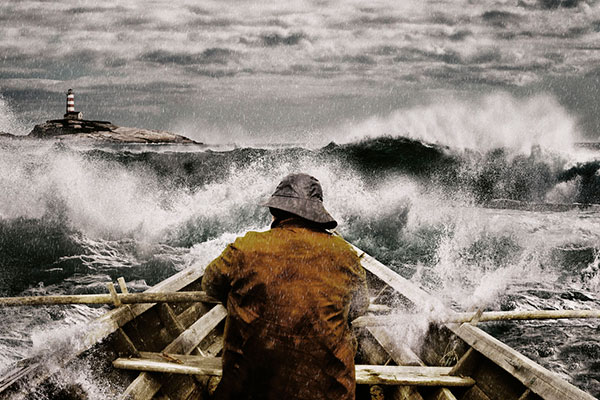 Investment trust analyst Numis has warned that 2021 could be a tough year for income-producing trusts, as boards face difficult decisions on whether they can sustain dividends long term.

In a research note, Numis suggested that the pandemic will give many UK businesses a reason to rebase their dividends to more sustainable levels.

The latest UK Dividend Monitor reveals that UK plc cut payouts by half in the third quarter alone, and they are likely to be 40% lower for the year as a whole. This would make life much harder for UK equity income investment trusts.

A small number of trusts have already taken steps to reduce their payouts – Troy Income & Growth (LSE:TIGT) plans to rebase its full-year 2021 dividend, while Temple Bar (LSE:TMPL) cut its dividend by 25% and Securities Trust of Scotland (LSE:STS) cut its by 14%.

Investment trusts have the unique ability to protect their dividends by using revenue reserves (which allow 15% of income generated each year to be put aside) to make up any shortfall, which is why many “dividend heroes” in the space have been able to maintain or grow their dividends consistently over very long time horizons, even 50 years or more in some cases, such as City of London (LSE:CTY) investment trust, one of interactive investor’s Super 60 choices.

Numis cautions that dipping into revenue reserves makes sense if the dividend drought is short-lived, but if this is not the case boards will face tricker decisions regarding whether to rebase their own dividends.

In addition to the revenue reserves, some trusts have the ability to pay some of their dividends out of capital owing to the fact they have shareholder approval to do so. The downside of this approach to safeguarding the dividend is that it can stunt a trust’s capital growth potential over the long term.

Numis says: “Many investment companies have the ability to distribute capital reserves, but we caution that the merits of any such distribution would require careful deliberation by boards.

“We believe many boards may be reluctant to do so as a long-term strategy and we could understand the drawing of a theoretical line between distributing previously earned income and eroding capital. We expect 2021 year-ends to be an even tougher year for boards making decisions about dividends.”

A note from analyst Stifel, however, is more optimistic, pointing to a potential recovery in dividends if the corporate background improves. Even in the current environment, it says that some UK equity funds are still offering attractive dividend yields of around 5%. The group’s analysts suggest that now is the time for boards to deploy their “rainy day” reserves to keep dividend payments going.

Stifel’s analysts said: “We take some comfort from the fact that many of the trusts have now provided clarity on their dividend intentions for the current year and some into 2021. In many cases, dividends will be at least maintained at prior year levels - although this is likely to often require the drawdown of revenue reserves to maintain these dividend levels. However, given that reserves are for ‘rainy days’, it is fair to say that if these are not used in the current situation, we do wonder when will they actually be used.”

Stifel notes that trusts that have announced dividend cuts have typically been in situations of manager changes, such as Temple Bar’s reduction and Perpetual Income & Growth’s (LSE:PLI) lower proposed dividend following a planned merger with Murray Income. Securities Trust of Scotland is another example, having swapped Martin Currie for Troy, and cut its dividend.

Alan Brierley, head of Investec’s investment trust research team, has concerns about Merchants Trust (LSE:MRCH), which has a very high yield it generates partly by using leverage. Investec has had a “sell” recommendation on the trust since 2003, its longest ever. “The revenue reserves will buy Merchants some time….[but] may ultimately not be sufficient to meet the shortfall,” he says. In general, Brierley would be wary of trusts where the manager has limited flexibility and is forced to buy high-yielding companies, which could be value traps. “Merchants just personifies the perils of reaching for yield,” he adds.

The consensus is for UK plc dividends to be 40% lower this year, with a very slow recovery seen in 2021-2023. The investment trust structure will give them an advantage compared to the “bloodbath” seen among open-ended UK equity income funds, says Brierley. But, while trusts will be able to maintain dividends for a while, they will need the economy to come back to life and companies to resume payouts sooner rather than later.

“The reality is that revenue reserves generally for UK equity income companies could be OK for another 12 to 18 months, but if we’re not getting that mythical V-shaped recovery in 2022 then the revenue reserves will be almost wiped out. Then what we’ll see is most companies transition to paying a little bit out of the capital account,” he notes.

So, is the potential impact of this on capital performance a concern? “Certainly I’d be wary,” says Brierley, adding that the hope of a recovery is there and that companies will do anything they can to sustain dividends. “These companies that have built up an incredible track record of progressive dividends will do whatever they can to keep on going, and if that means they have to use capital then so be it.”