There’s something for the bulls in these results, but not enough to prevent a significant sell-off. 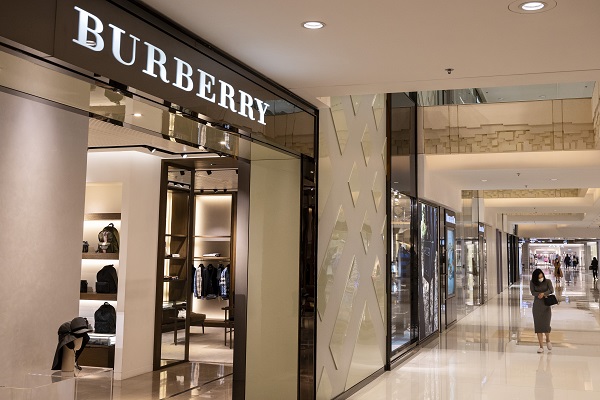 Burberry Group (LSE:BRBY) has not only put a tough year behind it, but has also clearly turned a corner in positioning for strong future growth.

Concerns around the important Asia Pacific region are for the moment unfounded. The area accounts for 52% of group revenues and saw growth in store sales in mainland China of 53% in the final quarter of the year compared to the whole of 2019, while Korea also contributed strongly to performance.

In particular, the company’s ability to create “brand heat” on an already iconic symbol has been key to the success. A new and younger generation of Burberry followers is emerging as the company targets innovative, localised and targeted social media campaigns, such as the Lunar New Year in China, which has attracted considerable interest.

Overall revenues declined by 11% to £2.3 billion which was in line with expectations, but the operating profit figure, which rose 176% to £521 million, is a significant beat. This was largely enabled by a 63% jump in full-price sales and careful management of inventory and rent concessions which resulted in an adjusted credit item of £125 million compared to a charge of £244 million the previous year.

The changing effects of the pandemic were well represented by retail store sales, which declined by 25% in the first half of the year but recovered to grow by 5% in the second.

Given that the company has net cash of £919 million and access to a currently undrawn credit facility of £300 million, the strength of the financial position echoes the trading performance which Burberry has delivered.

Indeed, the reinstatement of the dividend to 2019 levels shows both management confidence in prospects as well as reflecting the strength of the year’s performance. A return to the previously progressive dividend policy will also add to a yield which was historically conservative but tied to growth.

Inevitably, challenges remain, with the situation in Europe currently the major stain on performance, with London specifically suffering from the lack of tourist trade, and with the removal of the non-EU VAT scheme likely to have an impact on future sales. Ongoing political tensions in the Asian region can also reignite quickly, although Burberry is doing all that it can to remain relevant and aspirational in the region.

The overall performance had been largely anticipated by investors, with the share price having risen by 52% over the last year, as compared to a gain of 19% for the wider FTSE 100 index. A weak wider market and some elements of profit taking have made for an ugly start for the shares in response to the results.

While this update will reassure bulls of the stock, given the recent strength of the price performance, the shares are seen as being up with events for now, with the market consensus coming in at a ‘hold’.