Share price movements this week will decide who remains and who leaves the blue-chip index. 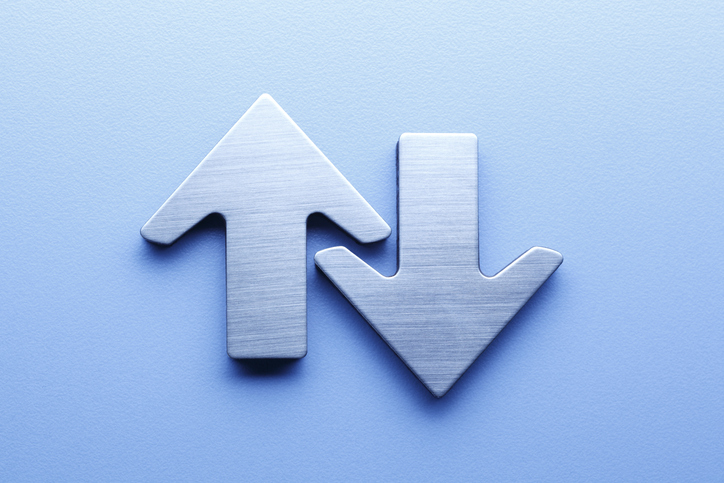 Based on current prices, the likely movements will be re-entry to the FTSE 100 for easyJet (LSE:EZJ) (demoted previously in June) at the expense of insurer Hiscox (LSE:HSX), when the reshuffle is confirmed after tomorrow’s close of play.

easyJet has had a serious return to form since its relegation, having added 57% since a low point of 855p in the early part of June. Recent strike action within the industry has actually played into easyJet’s hand in the last few months, given disruption at the likes of British Airways and Ryanair (LSE:RYA), while the unfortunate demise of Thomas Cook (LSE:TCG) could also provide further opportunities. In the meantime, the company has a laser focus on its own self-help initiatives, with a particular eye on costs and increasing ancillary revenue, the latter of which is always a boost given the wafer-thin margins on which the business operates.

Hiscox, on the other hand, will almost certainly move the other way after its promotion to the FTSE 100 last December. The shares have plunged 26% from a July peak of 1777p, having been blighted by some catastrophic weather events, such as the Japanese typhoon, leading to a hit of some $165 million, an increase in claims emanating from the US and widespread doubts over whether its premium valuation was justified.

Not currently in the direct firing line, but nonetheless in the mix for relegation could be gold and silver miner Fresnillo (LSE:FRES), down 36% from a recent peak of 1028p in February, and B&Q owner Kingfisher (LSE:KGF), whose 20% decline since May might leave it vulnerable. A recent trading update reported like-for-like sales declines of 3.4% at B&Q, 6.1% at Castorama and 6% at Brico Depot in France. Indeed, there was another poor showing from International generally, with like-for-like sales down 5.2% and the larger market in Poland also dipping 3.2% within that number.

Equally, there is a possibility of promotion for Ladbrokes and Coral owner GVC Holdings (LSE:GVC) following a 68% share price surge since relegation in March and Just Eat (LSE:JE.), demoted in October following the Prudential (LSE:PRU) and M&G (LSE:MNG) demerger. Such a return could be short-lived, however, depending on the outcome of the current takeover tug-of-war between Takeaway.com and Prosus.

While there are unlikely to be serious upsets over the next couple of days, the medium-term performance of some well-known names is worth following in the coming months, with any further share price stumbles waving a red flag. Currently teetering – but safe for the moment – in 97th, 98th and 100th places are William Morrison Supermarkets (LSE:MRW), Sainsbury's (LSE:SBRY) and Centrica (LSE:CNA) respectively.