War in Europe could lead to reduced international trade and foreign investment. 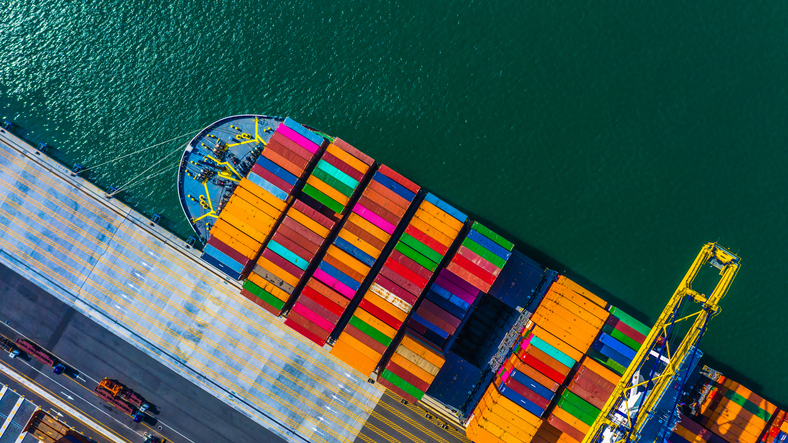 Russia’s invasion of Ukraine last month ended 77 years of peace in Europe and marked the biggest change in relations between the West and Russia since the fall of the Berlin Wall in 1989.

Russia – and its oil and gas – is now cut off from international diplomacy and trade, which has sparked drives from Western governments to secure energy independence.

Technology and natural resources independence are also high on the “onshoring” agenda, where key supply chains are kept within friendly nations.

However, globalisation – defined by the International Monetary Fund as an increasing free flow of ideas, people, goods, services, and capital leading to the integration of economies and societies – is not yet over. Top fund managers debate whether it will make a comeback.

For Larry Fink, head of the world’s biggest investor BlackRock, the war in Ukraine has put an end to the globalisation of the last three decades and will upend how the world does business.

He says companies and governments will be looking at their dependencies on other nations and will begin to bring manufacturing and energy production back home.

He said: “This decoupling will inevitably create challenges for companies, including higher costs and margin pressures. While companies’ and consumers’ balance sheets are strong today, giving them more of a cushion to weather these difficulties, a large-scale reorientation of supply chains will inherently be inflationary."

Shamik Dhar, chief economist at BNY Mellon Investment Management, goes even further. He argues that globalisation has been in retreat since the 2007-09 financial crisis and war in Europe had accelerated an existing trend.

He said world trade, which he considers the best measure of globalisation, had been growing at the same pace as world GDP since 2007 – but in the previous 20 years it had grown at twice that pace.

He said: “Globalisation won’t go back to levels last seen in the 1950s or 1960s, but it will keep slowing down. The invasion of Ukraine has marked a major reset in geopolitical relations between the east and west and is on the magnitude - but in the opposite direction - of the fall of the Berlin Wall.

“The expansion period of globalisation was all about multilateralism via international organisations like the IMF and World Bank. Commitment to these institutions has faded and now we live in a world of great power relation between the US and China."

The consequence, he argues, is that supply chains will shorten, and governments will try and bring high-tech manufacturing back home.

“This will lead to less efficiency and higher costs. Consumers will be the losers from a lack of cheap goods. However, not everything will be brought to friendly nations and comparative advantage will still be important,” he said.

Globalisation is alive and well

In contrast, Mark Mobius, founding partner at Mobius Capital Partners, is adamant that globalisation is here to stay.

Recognising that Covid-19 restrictions and the war in Ukraine had impacted supply chains, the veteran emerging markets investor argued that it would not end the global interconnectivity that has developed over two centuries.

He said: “Globalisation has always moved in phases. As a result of recent events and the vulnerabilities they have uncovered, we might see a shift in global trade but not the end of it.”

Andrew McCaffery, of fund group Fidelity International, is also in this camp. He said globalisation would live on given how integrated China was in the world economy.

He noted that China’s share of world GDP in terms of purchasing power was 19% versus 3.1% for Russia. Therefore, cutting it off from international trade would be much more difficult and damaging than what had happened with Russia and consequently more unlikely.

Higher costs and further disruption to supply chains were the immediate global economic impacts of the war in Ukraine, according to Fidelity International’s latest monthly survey of stock analysts.

Of the 147 analysts surveyed worldwide, 82% ranked higher cost inflation as a major second-order effect of the war, while about two-thirds cited deteriorating supply chains.

Energy and materials were the sectors set to win from the war, with around 60% of analysts in these areas saying higher prices were the main impact.