Like the 1970s oil shock, commodity markets have seen dramatic price rallies, but this time because of bans and disruption to Russian supplies, as the scramble for alternative sources continues. 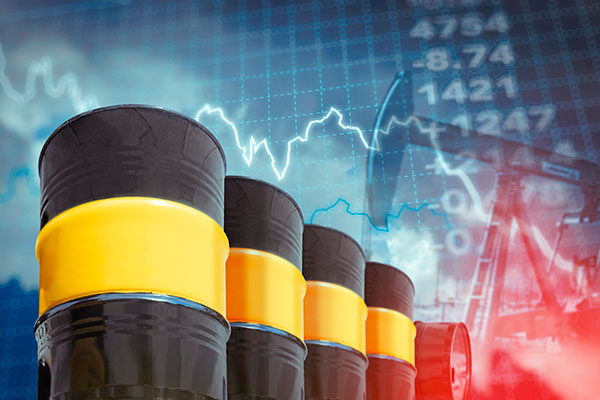 Comparisons with the oil shock of the 1970s have continued after another wild day for commodities, as markets struggle to put a price on Russian supply disruption.

Today’s latest dramatic session included the suspension by the London Metals Exchange of trading in nickel futures, after the price more than doubled at one point to over $100,000 a tonne for the first time ever.

Russia accounts for about 10% of global nickel production, with supplies from the country used in everything from stainless steel to electric vehicle batteries. Brent crude futures, meanwhile, traded at $130 a barrel this afternoon amid expectations that the US is poised to announce a ban on Russian oil imports.

It has led to a big jump for shares in several London-listed miners, insulating the FTSE 100 index against some of the economic disruption. Glencore (LSE:GLEN), for example, is up 20% this year as a result of its exposure to higher nickel, copper and aluminium prices.

UBS Global Wealth Management thinks the upward momentum is set to continue after lifting its commodity forecasts across all sectors yesterday.

It has done so even after one of the strongest weeks ever for diversified commodity indices, which are now up by between 19% and 26% this year. Energy and grain prices lead the way after climbing 35%-45%, but UBS notes that European natural gas and Australian coal prices that are not part of the indices have more than doubled.

Bloomberg’s Commodity Spot Index advanced yesterday for the 10th time in the last 11 sessions, with oil prices at the forefront of this after the US threat to ban Russian imports.

Deutsche Bank notes that the rolling three-month move in this overall commodity index is 35.9% higher, just below the highest ever of 41.9% recorded in August 1973.

Analyst Jim Reid adds: “We could easily beat this if markets continue to trade as they are. So it's going to be increasingly hard to ignore the comparisons to the 1970s as the commodity price action is increasingly resembling this.”

Even though oil hasn’t spiked by as much as in the 1970s, when it more than tripled during the first oil shock from late 1973, Reid says that natural gas has increased by a much greater amount than at any point in history.

He adds that the broader pace of the commodity rally is in many cases now beyond that seen in the 1970s, when an oil embargo by the Arab members of OPEC sent prices soaring and triggered an economic slump.

In a note published today, Liberum agrees that the potentially large scale and duration of the Ukraine conflict has left the global economy exposed to an “energy-related supply-side shock that resembles those OPEC-led oil production cuts of the 1970s.”

It adds: “Even if the war stops today, commodity trade flows/consumption patterns will probably be altered permanently by an ongoing switch away from Russian exports/risk.”

The broker recommends that investors in need of short-term protection from war-related inflation should stick with “super-tight energy markets”. It recommends exposure to South African coal miner Thungela (LSE:TGA) and Shanta Gold (LSE:SHG), with target prices of 510p and 32p respectively.

Shares in East Africa-focused Shanta have risen 17% to 9.2p in the past month, amid the wider benefit of a surge in the price of safe haven gold to above $2,000 an ounce. Peru’s Hochschild Mining (LSE:HOC) is up more than 40% in the past month, including a rise of 7% in the FTSE 250 index today.

AIM-listed Harvest sent its shares up 2.2p to 13.65p and by 220% in the year to date, after reporting sales orders in the first two months of the year that are 1,070% higher than internal forecasts and represent 35% of its 2021 total.