Big things are happening at this drug company which is now the second largest company on the AIM market. 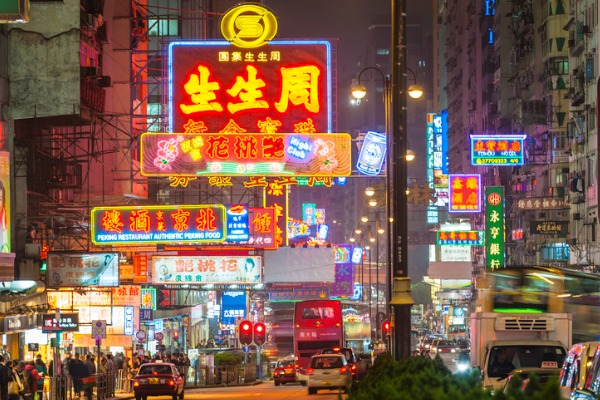 One of AIM's multi-billion-pound stocks surged as much as 38% today as Hong Kong investors rushed to get a slice of the biotech previously known in the UK as Chi-Med.

Under its new name HutchMed (LSE:HCM), the stock has been transformed by a move to raise $4 billion through the IPO of 104 million new shares in a primary listing in Hong Kong.

Trading in those shares started today, with the Hong Kong debut surging by 80% at one point as HutchMed got the funds it requires to progress its extensive late-stage clinical programmes for the treatment of cancer and autoimmune diseases.

Cornerstone investors underpinning more than half of the fundraising were new and existing investors including Carlyle Group, Canada Pension Plan and CICC.

The shares originally listed on AIM as Hutchison China MediTech in 2007 and generated big profits for those early backers who spotted the company's potential in China, where there are large unmet medical needs and a quarter of the world's cancer patients.

In a strong first decade for the shares, Chi-Med became one of the junior market's biggest stocks and is now the second largest behind ASOS after its valuation topped £4 billion today. Shares settled 15% higher at 546p by lunchtime, representing a 47% rise since the company announced its plan for the fundraising.

A week before the Hong Kong listing, Trinity Delta analysts had a price target of 658p and valuation of £4.9 billion. They will update their figures after the fundraising, which follows encouraging updates on the strength and depth of the company's late-stage pipeline.

HutchMed has grown its commercial operations from 90 staff at the end of 2019 to over 420 as it looks to focus on the revenues potential of its first two oncology drugs.

The biggest is fruquintinib, which has been developed in partnership with US pharmaceuticals company Eli Lilly for use in fighting colorectal cancer. Under the brand name Elunate, sales increased by 91% to $33.7 million (£24.3 million) last year and has the potential to accelerate further after HutchMed assumed responsibility for local marketing.

It also has high hopes for Sulanda, which is used as a treatment for neuroendocrine tumours and generated sales of almost $5 million in the two months since gaining approval.

Clinical drug development is led mainly from the United States, where savolitinib in lung cancer is one of several candidates. The company has its own manufacturing facility in Suzhou, China and is building a new state-of-the-art one in Shanghai.

Chairman Simon To said recently: “Over the next three years, we will continue to grow our R&D and commercial organisations globally to support the anticipated launch of our oncology drugs in China, the US and Europe.”

The change of name reflects the company's advances on the international stage, with the title a combination of Chi-Med and the Hutchison MediPharma name used by its R&D operation.