Transparency has improved at this online retailer, but now profits are down. Buy, sell, or hold? 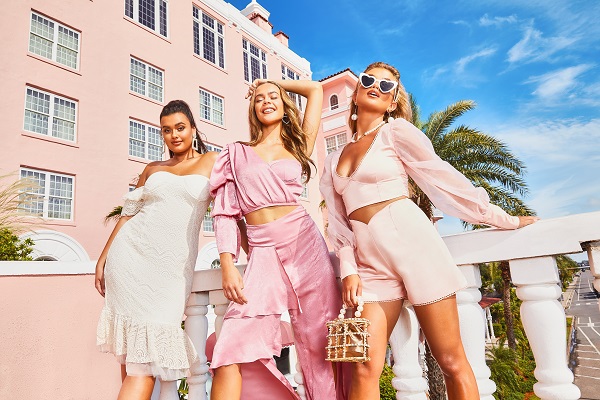 “In the first half of this financial year, our teams have yet again delivered: integrating four new brands, launching two new warehouses and strengthening our infrastructure in a manner that will allow our multi-brand platform to scale as planned.

"Entering the second half of the year, the Group is well-positioned to accelerate its growth and our confidence in the Group's medium-term targets remain unchanged. We will continue to invest across our platform, people and technology as we look to further cement our position as a leader in global fashion ecommerce."

A £26 million increase in pandemic-related freight and logistics costs, plus heightened investment contributed to a one-fifth decline in Boohoo’s half-year adjusted pre-tax profit to £64 million. Elevated costs are expected to reduce full-year profit margin to as little as 9% from the 10% expected.

Boohoo shares fell by 11% in UK trading, leaving them down by close to 40% over the last year. Fellow clothing chains JD Sports Fashion (LSE:JD.) and Next (LSE:NXT) are up by around 35% and 40% respectively.

Boohoo came under the spotlight in the autumn of last year as concerns regarding poor working conditions and pay across its clothing supply chain emerged.

In response to worker concerns, Boohoo commissioned an independent review, which made 17 recommendations. Those have been broken down into 34 deliverables under a programme dubbed Agenda for Change by Boohoo. Of these, 28 have been completed, with the remainder expected to happen over coming months.

Sales for the six months to August rose by a fifth to £976 million, or by 73% compared to the pre-pandemic 2019 first half total of £565 million. Boohoo pointed to a doubling in its market share in the UK and US over the last two years.

Around 1,100 factories contribute to Boohoo’s product supply, many of which are overseas in China, India and Turkey.

Accompanying management outlook comments pointed to improving customer demand through both August and September, but also towards cost headwinds remaining during the second half of its financial year.

Founded in Manchester in 2006, Boohoo is today a major online clothing and fashion accessory retailer. In 2011, Boohoo aired its first TV ads, launching its business overseas in the US and Australia the following year. In 2014, it came to the UK stock market.

It now has a targeted addressable market of up to 500 million potential customers in key markets. Via purchases and acquisitions, its other brands today include PrettyLittleThing, Nasty Gal, MissPap, Karen Millen, Coast, Debenhams, Dorothy Perkins, Wallis and Burton.

For investors, reputational concerns and costs and time in addressing such issues need to be considered. Environmental and sustainability issues surrounding the fast fashion industry more broadly also warrant consideration. What is a responsible number of times for consumers to wear a garment and how should it be disposed of? Elevated distribution costs are set to continue and Boohoo, unlike retailing rivals Next and Primark owner Associated British Foods (LSE:ABF), is yet to pay any dividends.

But a more transparent company has emerged since the controversy of last year, and management is at least addressing some of the ethical issues that have caused a backlash against the business. Sales are comfortably up from the pre-pandemic 2019 interim period and the group’s suite of brands is strong. An estimated forward price/earnings (PE) ratio is also below the three-year average, suggesting the shares are not obviously expensive. While some caution still looks sensible, the City consensus view remains positive and a share price at its lowest in over a year could generate interest.