After a crash in share price at two household names, directors have been quick to pick up cheap stock, and there's been further heavy buying elsewhere during the latest stock market sell-off. Our City expert reveals who the big spenders are. 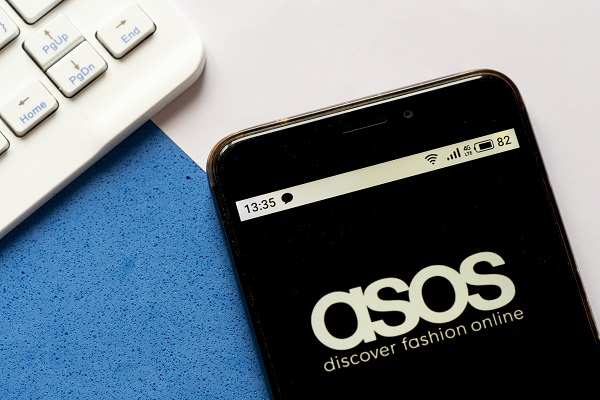 ASOS (LSE:ASC) and Next (LSE:NXT) shares worth almost £1 million have been bought by insiders after the fast fashion chain plummeted in value and the high street giant traded near a two-year low.

Non-executive director Jørgen Lindemann marked his promotion to chairman by spending £490,000 on shares at 854p and current incumbent Ian Dyson spent £50,000 at 827p.

Senior non-executive director Patrick Kennedy made his £242,000 investment at the cheapest price of the three at 809p, which compares with more than 5,000p less than a year ago.

Their purchases, which were disclosed on Friday, contributed to a rebound for ASOS shares as the former AIM heavyweight stock closed the final session of a torrid week up 13% to 883.5p.

Revisions by City analysts suggest that ASOS shares still offer some value after SocGen kept its “buy” recommendation with a price target of 3,200p and RBC reduced to 2,000p.

Liberum is among the more pessimistic after cutting its price target from 1,500p to 900p. The broker said the range of updated profits guidance of between £20 million to £60 million with just three months left in the financial year highlighted the uncertainty of the business model.

Analyst Wayne Brown said: “We are not overly convinced a more cautious consumer is what has led to the deteriorating performance. Over-stocking, maybe the wrong stock at the wrong price, the opening up of retail stores plus the competitive market are probably also to blame. The continuous decline in gross margin will reach a new low this year - where does it end?”

ASOS also forecast net debt of between £75 million and £125 million, at a time of significant capital expenditure plans. Brown added: “The current valuation at 0.3 times forward sales is optically low but earnings visibility is clearly non-existent.”

With the updated profits guidance representing a 60% cut to earlier City forecasts of between £96 million to £126 million, there was an inevitable read-across for other retail-focused stocks in a session when recession fears sent the FTSE 100 index lower 3%.

Next shares slumped 5% on Thursday, prompting chairman Michael Roney and a person connected with him to make a joint £170,000 investment. Roney, who has led the board since 2017, previously bought shares in the FTSE 100-listed high street chain last July and in March 2020, when the price was as low as 3,891p.

This latest purchase was made near 5,700p, below the price at the start of the Ukraine war and a level last seen towards the end of 2020. Goldman Sachs cut its price target last week but only to 7,600p.

Other consumer-focused director purchases during Thursday’s turbulence included at Greggs (LSE:GRG), where new board member Lynne Weedall picked up 1,000 shares at a price of 1,900p. The FTSE 250-listed bakery chain had been above 3,000p in January and 2,579p in late March.

This month, analysts at UBS said Greggs had enough growth levers to navigate the choppy waters after revisiting their “buy” recommendation with an updated target of 3,000p.

Even in a recession scenario the Swiss bank said a store roll-out target of 150 a year was very doable, adding that there were signs competitive intensity is continuing to fall.

Elsewhere in the food-to-go sector, the new boss of Upper Crust firm SSP Group (LSE:SSPG) has spent £115,000 on the company’s shares in his second such transaction in less than a month.

The latest move by Patrick Coveney was made on Tuesday at 228.5p, which compares with 254.8p when he splashed £1.6 million in the wake of the company’s half-year results.

Since becoming chief executive on 31 March, the former Greencore boss has seen SSP shares fluctuate between 207p and 277p as the recovery in leisure travel is offset by uncertainty over rising costs and weakening consumer spending power.

The company, whose other brands include Camden Food and Haven, operates at airports, railway stations and transport locations in 36 countries.

Coveney said last month: “We anticipate a full recovery in leisure travel, which drives the majority of our business, and are confident that we are well positioned for the months and years ahead."

Liberum reckons the shares are worth 350p, describing the company as an attractive way to play the recovery in travel.

It said recent business wins showed the structural growth opportunity, adding that a bolstered balance sheet gave headroom to invest over the next few years.