Stocks are priced for perfection with no room for error, so a worrying shortfall from the former Facebook firm in its fourth-quarter results has been severely punished. 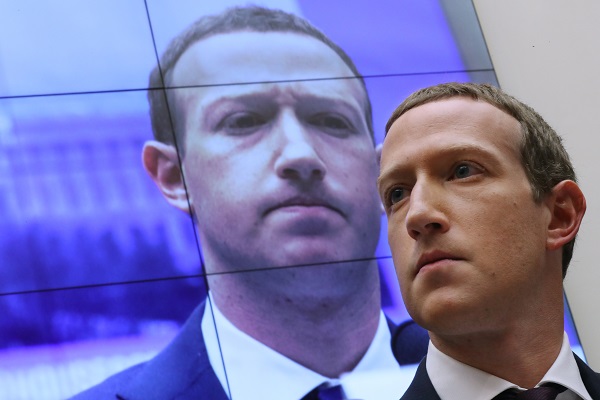 Meta Platforms (NASDAQ:FB) found a Netflix-sized hole in its valuation today as the rebranded Facebook business joined a growing list of big tech firms unable to live up to Wall Street hopes.

The shares were priced as much as 23% lower — the equivalent of more than $200 billion —after fourth-quarter profits came in short of expectations and the Instagram and WhatsApp business reported stagnation in its number of daily active users.

Meta founder and chief executive Mark Zuckerberg (pictured) called it a “solid quarter” but admitted that competitive pressure were growing. He said: “People have a lot of choices for how they want to spend their time and apps like TikTok are growing very quickly.”

Facebook is responding with short video content through its Reels format, while the wider company has stepped up investment in the metaverse, with the development of augmented and virtual reality products under a new Reality Labs division.

And although Zuckerberg says the company's direction is clear, his vision remains a long way from being realised and “our path ahead is not perfectly defined”.

This long-term approach puts the company in conflict with the more immediate demands of Wall Street, where shares are priced for perfection with no room for error. Tesla (NASDAQ:TSLA) and Apple (NASDAQ:AAPL) passed this exacting test with their recent results, but Meta Platforms has joined Netflix (NASDAQ:NFLX), PayPal (NASDAQ:PYPL), Spotify (NYSE:SPOT) and several others in seeing their shares slide after missing expectations.

Meta shares fell as it reported an 8% drop in net income to $10.3 billion (£7.6 billion) for the quarter. This was driven by a 38% jump in costs, which reflected higher marketing spend and growth in R&D expenditure behind the new Reality Labs division.

Facebook's number of daily active users was 1.93 billion on average in the December quarter, an increase of 5% year-over-year but flat on the previous three months.

Ad impressions increased by 13% in the quarter and the average price per ad lifted by 6% but Meta admitted that Apple’s iOS changes and new regulation in Europe meant there's now less data available to deliver personalised ads.

Deutsche Bank commentator Jim Reid said: “The market cap loss is bigger than the market cap of Netflix at yesterday’s closing prices. This gives a scale of a damage done.

“The shares were hit hard by a combination of extraordinary expenses associated with building the metaverse, along with what appears to be stagnating growth in the user base.”

The performances have dealt another blow to the valuations of several London-listed investment trusts, including Polar Capital Technology (LSE:PCT) Trust and Baillie Gifford's Monks (LSE:MNKS) Investment Trust as both have stakes in Meta Platforms. Their shares fell 2% in the FTSE 250 index today.

Terry Smith's popular Fundsmith Equity fund also lists Meta as one of its top 10 holdings. As we reported yesterday, January was the toughest for the fund since its inception in 2010, with a 9.5% decline in valuation.

PayPal, which is another of the fund's top 10 holdings, fell another 17% yesterday due to a miss on earnings estimates, but a new investment in Google owner Alphabet (NASDAQ:GOOGL) offset this after a better-than-expected set of results.