Rolls-Royce shares are on the ropes once again, but there was better news from Glencore after the miner’s latest big return of cash to shareholders. 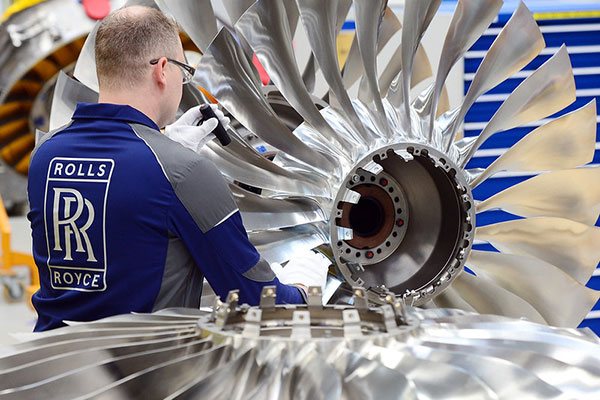 Rolls-Royce investors were dealt another blow today as weaker-than-expected earnings more than offset encouragement from a big reduction in the engine giant’s cash burn.

Shares returned to the 80p level seen in May after half-year results reinforced City forecasts of a long-haul recovery for the civil aerospace, defence and power systems company.

Rolls-Royce (LSE:RR.) was joined on the FTSE 100 fallers board by Hikma Pharmaceuticals (LSE:HIK), which slumped 127p to 1,635p after it downgraded guidance due to competition in its US generics arm.

This takes the total for 2022 to about $8.5 billion (£7 billion) as Glencore’s cash flows benefit from materially higher oil, gas and coal prices. Chief executive Gary Nagle said there were few short-term solutions to rebalance these markets, with the northern hemisphere winter expected to keep prices elevated.

For metals, the outlook is more complex due to supply risks, such as labour, water and energy shortages, set against the likely weakening of end-use markets outside of China.

Nagle added: “The combined strength of our diversified business model across metals and energy industrial and marketing positions has proved itself adept in all market conditions.”

Glencore shares rose 14.3p to 460.35p, but this is still a long way short of the new price target of 730p put in place by Morgan Stanley earlier this week.

The company also continues to be a popular pick for interactive investor customers, although the stock generating the most trading interest on our platform today was Rolls-Royce.

Most of these orders were to buy the engineering company’s shares after the stock remained at a depressed post-pandemic valuation following half-year results.

Chief executive Warren East, who steps down at the end of the year, said Rolls had made progress after a £1 billion improvement in free cash flow, strong order intake in power systems and increased engine flying hours in civil aerospace.

He also forecast a second-half improvement in the underlying profit margin, having seen the  half-year figure fall  from 5.9% the previous year to 2.4%. This margin weakness triggered today’s heavy selling of shares, with underlying earnings some 25% below UBS forecasts at £125 million compared with £307 million the year before.

East stuck by full-year guidance, which includes low-to-mid-single digit underlying revenue growth, an unchanged margin of 3.8% and modestly positive free cash flow. These forecasts are based on an expected improvement in civil aerospace in the second half, driven by planned higher spare large engine sales and engine shop visits.

UBS, which had a  “neutral“ recommendation and price target of 102p prior to today, described the cash flow performance as “reassuring” after outflows of £68 million were ahead of the £183 million forecast due to increased receipts from flying hours.

The shares were 146p in November but have fallen on both increased economic uncertainty and the slow recovery of the travel industry from the pandemic.

They are still 10p below the 90p a share paid by banks for surplus shares in November 2020’s heavily discounted £2 billion rights issue. That fundraising offered existing investors the chance to buy shares at 32p a share.

East’s last scheduled trading update as chief executive is due on 3 November, before his role is filled by former BP executive Tufan Erginbilgic on 1 January.