Now is a joyous time to be an investor says columnist Richard Beddard, whose investing strategy mirrors that of the world’s most famous investor and is throwing up lots of opportunities. 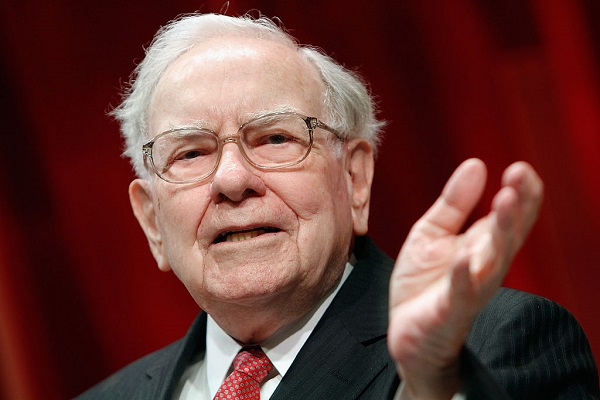 Let me start with a confession. If you asked me to tell you the level of the FTSE 100, the S&P 500 or any other stock market index, I would not be able to tell you.

The indexes mean nothing to me, after all they are largely constituted of shares that I do not own, and that I do not write about.

Yet I subscribe to Warren Buffett’s maxim to be fearful when others are greedy and greedy when others are fearful, and the instruments widely used to judge this are the stock market indices.

Fear and greed, price and value

I am no Buffettologist, but I doubt Warren Buffett spends his time squinting at movements in the S&P 500.

In his letter to shareholders in 1986, where he outlined his investment firm Berkshire Hathaway’s modest goal to be greedy when others are fearful (and fearful when others are greedy), he also described the ideal conditions for greed:

“When conditions are right”, he said, “that is, when companies with good economics and good management sell well below intrinsic business value - stocks sometimes provide grand-slam home runs.”

Buffett knows when others are fearful because it is when he can buy companies with good economics and good management for less than they are worth.

The Decision Engine is my collection of companies with good economics and good management, and I use it to tell me when I can buy them cheaply.

The scoring system decomposes a share into five factors that I believe determine a share’s long-term potential as an investment.

The first four: profitability, risks, strategy, and fairness relate to the quality of the business. This is how I determine that a company has good economics and good management.

The fifth factor, price, relates the enterprise value of the firm (its market value plus net debt), to normalised profit (how much the company would have earned if this year had been a typical year, that is to say it had earned a typical return on capital).

It is tempting but untrue to assume this souped-up price/earnings (PE) ratio is how I determine whether a share is cheaper than it is actually worth.

But price and profit are only part of the equation.

The prospects of each company are determined by my scores for the business: how well its strategy reflects the risks and, very important for the long-term, whether all concerned, executives, employees, customers, suppliers, shareholders and society in general will all benefit from the company’s prosperity.

The score, which combines the price element with the prospects element, is my measure of value.

Generally, I consider companies that score more than seven out of nine to be cheap, and companies that score between five and seven to be fair value. I am most unlikely to hold shares that score less than five (although Jet2, a company that has traded through truly extraordinary circumstances, is an exception that proves the rule).

To get back to Buffett’s goal to be fearful when others are greedy, the Decision Engine is my market barometer not the index.

The more shares that score seven or more out of nine, the more greedy I feel.

I am not saying good companies will not get cheaper and my scores will not rise further, but for me now is a joyous time to be an investor because a slim majority of the shares I follow, companies with good economics and good managers, score seven or more out of nine.

Twenty-three out of the 40 companies in the Decision are in the ‘buy’ zone.

One of the companies I have scored since I last updated the Decision Engine a month ago, is Bloomsbury Publishing (LSE:BMY).

I rounded up a very positive review of the business wondering what other “gifts that keep on giving” the company might be incubating.

Bloomsbury spawns thousands of books every year, but relatively few of these earn it substantial revenue. Publishing is a blockbuster industry, and in the print rights to the Harry Potter books and, for quite different reasons, Bloomsbury Digital Resources (BDR), it has two big and enduring sources of revenue and profit.

Bloomsbury reports the revenue and profitability of BDR, but Harry Potter is lumped into the returns of the Children’s division making its contribution somewhat speculative.

Thanks to a reader and private investor, Abs, I now have a better idea.

Abs sent me his Bloomsbury spreadsheet, which is something to behold. He must trawl the annual reports for every single datapoint, and he uses them to work out more datapoints.

The spreadsheet tells me Harry Potter earned Bloomsbury £38.6 million revenue in 2022, which is 17% of total revenue. Abs applies the profit margin of the highly profitable Children’s division to derive a Harry Potter profit of £6.6 million, which is 24% of operating profit (one thing he has not been able to weedle out of the report is the actual profitability of Harry Potter).

BDR earned the company slightly more profit than Abs’ estimate for Harry Potter in 2022, so the two gifts that keep on giving may contribute half of Bloomsbury’s profit.

Could Sarah J. Maas be the third gift?

There are reasons to be cautious. Unlike Harry Potter, sales of Sarah J Maas are driven by new titles. Bloomsbury published her latest in February, resulting in a near doubling of her contribution to revenue in the financial year that ended that month.

Sarah J. Maas’ next book is not scheduled for publication until 2024, so it seems likely her contribution to revenue and profit will fall in 2023.

We do not know whether Sarah J. Maas will deliver Potter style revenues year after year after year for decades, but it is good to know that she is capable of it in a single year.

In addition to Bloomsbury, I have also re-appraised software house and consultancy D4t4, and Churchill China, a manufacturer of tableware for the hospitality industry.

These scores, as well as the price changes for all the shares, have been fed into the Decision Engine, resulting in the following ranking:

Richard owns 30 of the shares in the Decision Engine