A number of high-profile companies have seen their shares surge by 10% or more this week, but this blue-chip’s days in the top-flight could be numbered. 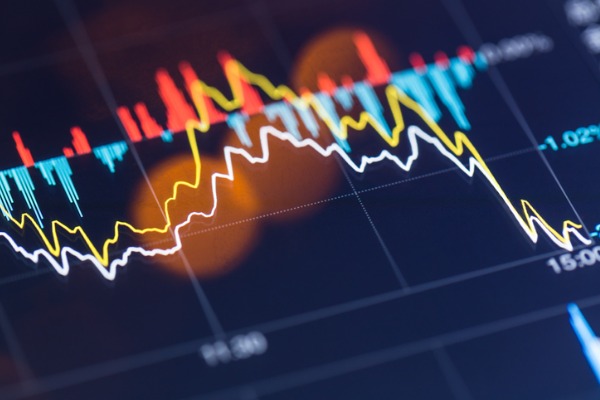 Auto Trader (LSE:AUTO) joined this week's double-digit club as it followed Marks & Spencer (LSE:MKS), ITV (LSE:ITV) and Halfords (LSE:HFD) in seeing its shares surge by more than 10% in the wake of strong figures.

The FTSE 100-listed car marketplace jumped 81p to above 700p for the first time in its history as it accompanied better-than-expected half-year results with a bullish outlook.

Another blue-chip stock in a trading sweet spot is private equity and venture capital company 3I Group (LSE:BR88), whose shares rose 3% for a fresh record on the back of today's half-year results.

Shares in B&M European Value Retail (LSE:BME) were already at an all-time high this week, but investors seized the opportunity to lock in profits despite strong interims and reassurance from chief executive Simon Arora that shelves will be well stocked this Christmas.

Its shares declined 6%, but this was more than eclipsed in the FTSE 100 index by speciality chemicals firm Johnson Matthey (LSE:JMAT), whose value dived 18% following the surprise announcement that it is pulling out of the fast-growing battery materials sector.

Battery materials had been regarded as one of the company's target areas as Johnson pivots towards the green economy. It said today: “JM is making good progress in its other growth areas, such as in hydrogen technologies, circularity and the decarbonisation of the chemicals value chain.

“These are attractive opportunities which we will now accelerate with greater focus and investment.”

Shares are in danger of slipping out of the FTSE 100 index after falling 510p to 2,253p, with the decline also reflecting the company's bottom-of-the-range full-year guidance.

It blamed this on supply chain shortages affecting the automotive industry and precious metals prices, as well as acute labour shortages in the US.

Chief executive Robert MacLeod, who has been in the role for eight years, is to step down and will be replaced from 1 March by Liam Condon, who leads the crop science division of Bayer AG.

The mood at Auto Trader is much brighter after the company reported its highest ever six-monthly revenue and profits, driven by robust demand for used and new cars. Earnings per share more than doubled to 12.63p, meaning shareholders will receive an interim dividend of 2.7p a share on 28 January.

Most of the company's revenues are recurring in nature and with modest growth in retailer forecourt numbers it remains confident in the outlook for the second half.

Bank of America raised its price target to 800p and said a re-rating is overdue based on Auto Trader shares being on 18.5 times 2022 earnings against 21 for the company's peers.

Broker Peel Hunt added: “Together with the potential of the new product development to aid dealers in the digital car buying journey, the road ahead looks good for Auto Trader.”

Management at 3i Group also remain upbeat after reporting net asset value (NAV) a share of 1,153p at the end of September, leading to a 24.2% total return in the half year.

Fast-growing Dutch discount retailer Action accounts for more than half the private equity portfolio and “continues to surpass expectations” as the largest contributor to performance in the period, adding 16.3% to NAV.