Popular UK stock slides amid takeover talk, as another company faces the future as a standalone firm. 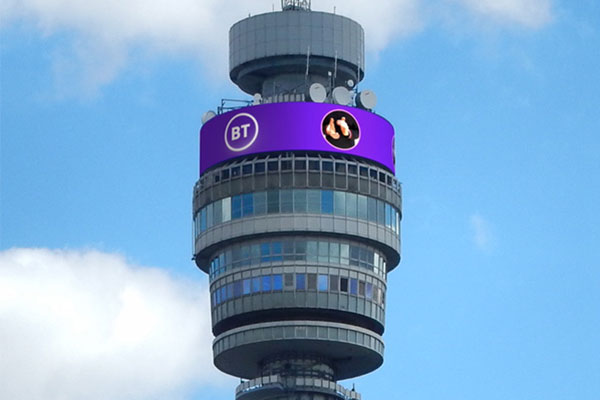 BT fell back 2% or 2.6p to 141.83p to leave the shares 13% lower over the past month, increasing the pressure on chief executive Philip Jansen ahead of next week's interim results.

Analysts will be looking for Jansen to seize the initiative with some corporate announcements, such as the sale of BT Sport to DAZN or the creation of a fibre broadband roll-out joint venture so  that the Openreach arm can connect up to five million more homes.

The division is currently working on a plan to spend £15 billion on upgrading 25 million homes and businesses from copper phone networks, but this is potentially facing increased competition following talk of collaboration between Virgin Media O2 and Sky.

The interest of Paris-quoted Altice, which is controlled by billionaire Patrick Drahi and took a 12.1% stake in June, might mean Jansen is also under pressure to consider a sale of BT's consumer division that includes the EE mobile phone network.

The possibility that Altice is agitating for a break-up or even considering a full-blown takeover is believed to have prompted BT's appointment of finance house Robey Warshaw.

Altice is bound by takeover rules not to make an offer until 10 December, but with that deadline looming the shares rallied more than 6% on the back of the Robey Warshaw speculation.

He added: “BT has previously played down a spin-off or stake sale of Openreach, noting it would lead to subordination of the pension scheme and a potential widening of the pension deficit.”

Tang said a spin-off for the consumer unit would face similar issues and would not necessarily attract a high valuation with the sector trading on a forward earnings multiple of below 6x.

One takeover definitely off the table is the $22 billion bid by fantasy sports operator DraftKings for Ladbrokes owner Entain (LSE:ENT). The FTSE 100 company, which earlier this year rebuffed a much smaller approach worth $11 billion from casinos giant MGM, rose 2% or 31p to 2033p after falling back 6% yesterday.

Entain's prospects as a standalone company today prompted Peel Hunt to restore its “buy” recommendation and 2,300p target price: “We believe that the shares are now undervalued on fundamentals and that the possibility of value-enhancing corporate activity remains.”

In a recent trading update, chief executive Jette Nygaard-Andersen reminded investors that the company was challenging for the number one position in the US after its BetMGM joint venture reported a 23% market share in the three months to August.

She added that the company's total addressable market has the potential to more than triple to more than $160 billion. One option for Entain might now be to consider cashing in on the strength of BetMGM by selling its share to MGM.

Its place in the FTSE 100 has been taken by cyber security firm Darktrace (LSE:DARK), which only joined the stock market in April, Its shares were initially priced at 250p and peaked at 985p last month, only to fall sharply this week after Peel Hunt issued a “sell” note based on  a “disconnect between the valuation and the ultimate revenue opportunity”.