This quality cyclical should do very well if a Conservative victory unleashes wave of public spending. 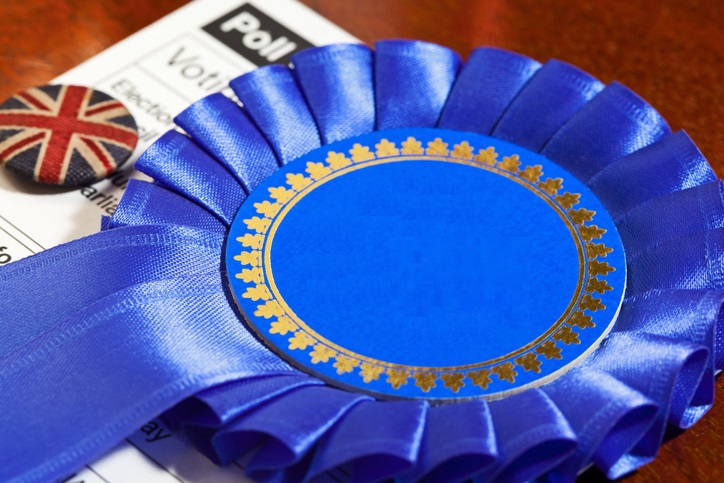 This £360 million plant hirer epitomises domestic cyclical stock mired by politics, yet is poised to rise in the event of a Conservative majority government and longer-term if Brexit is managed capably.

Serving the infrastructure, construction, house-building and oil & gas industries, Vp (LSE:VP.) is more attractively rated than comparable small/mid-cap hirers, although all could prove a value trap should the economy turn down.

Market risk aside, Vp did pull through the 2008/09 downturn in exemplary manner and sustained its dividend. And, according to a report this week in The Spectator, the chancellor Sajid Javid says that if he is still in his job in a week’s time, there will be a new economic plan for a new era – replacing austerity with infrastructure spending. So it’s timely to kick Vp’s tyres.

The six months to end-September show static profit of £25.9 million (before tax, amortisation and exceptionals) on revenue 3% easier at £186.6 million. Yet there were strong comparatives and the chairman describes this outcome as “good progress against a subdued market backdrop.” Vp’s accounts provide a breakdown of activities only by revenue than profit: 74% from equipment hire, 18% services and 8% sales of goods.

Geographically, the UK represented 91% of group revenue and over 96% of operating profit, conceptualising Vp as a classic UK smaller cyclical. Current trading is in line with expectations despite political uncertainty, and the firm has said “we remain confident of a positive full year outcome (to end-March).”

Forecasts suggest pre-tax profit near £50 million which is respectable indeed relative to market capitalisation, for normalised earnings per share (EPS) around 100p and a 32p dividend – in basic valuation terms, a forward price/earnings (PE) ratio of 9.8x and yield of 3.6%, with market price currently at 880p.

This compares with Aggreko (LSE:AGK) on a forward PE of 13.2x and yield of 3.4% and Speedy Hire (SDY) on 10.7x and 3.8% respectively. Aggreko’s market cap is £2.1 billion, but merits a better rating due to lower operational gearing (where changes in revenue are amplified at the profits level, partly due to smaller companies having a higher fixed cost base) and its stock will also have better liquidity.

Yet, in fairness, Vp’s track record from 2008/09 shows management adept at managing its cost base should trading turn adverse.

Vp’s financial gearing is pretty high though: around £200 million debt, principally longer-term, which, net of £14.9 million cash, equates to gearing of 106% and generated a £4.5 million interest charge in the first half alone. At end-June there were also £18.9 million lease liabilities.

Speedy’s net gearing is nearer 75% and Aggreko 57%, so the market could in part be applying a discount to Vp for this, lest the economy lurches down.

Looking at other ratios, while Speedy and Vp are similar-size small caps, Speedy’s earnings enjoy a slightly higher rating despite a 9.6% operating margin and 10.5% return on capital employed.

Vp’s latest results show a rise in operating margin from 13.6% to 16.2% and return on average capital employed constant around 14.5%. Ashtead (ASY) is not really a comparator for UK domestic cyclicals given its US orientation.

Capital investment in Vp’s rental fleet is down 28% to £26.6 million due to lower commercial construction and civil engineering work in the South East, versus UK infrastructure and housing remaining supportive. A positive upshot is that this effectively supports a £13.5 million repayment of lease liabilities, the interim cash flow statement shows.

Vp’s balance sheet was also improved by way of a circa £10 million reduction in trade payables, which trimmed what otherwise would have been a 20% advance in operating cashflow; also higher taxation meant net cashflow from operations was stable just below £30 million. So, looking beyond the income statement, it appears Vp has used the current interlude for some financial tidying up – implying a stronger platform for the future.

Otherwise, the table shows strong capital spending needs versus operational cashflow, hence a bumpy trend in net free cashflow. Vp has still managed to grow its dividend consistently, with earnings cover kept around 3x. Looking back to the 2008 crisis and its aftermath, the total dividend was held at 10.8p in respect of the year to end-March 2010, as basic EPS fell from 36.4p to 24.7p.

Relative to occasional listed plant hirers getting into trouble when a downturn conflates with debt and over-stretch, Vp’s stewardship looks exemplary and should limit downside risk to the UK economy should EU trade negotiations hit trouble.

Much still depends on politics

This is still a somewhat speculative stock given a Conservative majority government would still leave Brexit uncertainties for the medium term. Sajid Javid is bushy-tailed about achieving a comprehensive free trade agreement with the EU next year, with zero tariffs; yet it would be a climb-down by the EU if Brexit was to mean the UK enjoying substantially similar benefits (of membership) with reduced liabilities.

Leaked documents suggest the EU will issue an election result-day warning to Boris Johnson, saying he has only limited time to avoid a no-deal Brexit. Meanwhile, and despite our handing over £30 billion to Brussels, one research group estimates leaving without a free trade agreement at end-2020 could hit UK GDP by up to 4.4% and government income by up to £28 billion.

So, while the Brexit trade outcome may not directly affect plant hire, its effects would filter through indirectly. Domestic equities look set for a “Boris bounce” if the election swings the Conservatives’ way before settling down to contemplate the real challenge ahead.

A patient enterprising view would be: another consolidation phase to follow in 2020 until realism prevails on both sides in EU trade negotiations. That’s still risky given the EU has already seen Boris Johnson “sell out” the DUP and Northern Ireland to get a revised EU deal before his party conference and parliament last October.

“Realpolitik” would however coincide with Vp’s overall positive long-term chart, to hint at another upwards phase, having risen from 60p in early 2000 to 420p in October 2017; then, after a drop to 130p by December 2008 with the financial crisis, there was another long run reaching 1,150p in August 2018.

The stock has since drifted down in a volatile range to a 705p low last May, reflecting macro uncertainties, and is currently about parallel with 900p hit last June. So, it’s entirely possible an extent of political breakthrough triggers a breakout from Vp’s recent consolidation.

Be aware, the CMA continues to investigate three main UK suppliers of groundwork products – including Vp’s Groundforce – and has provisionally concluded with “suspected anti-competitive behaviour”.

Vp provided for a £4.5 million exceptional charge in its 2019 accounts, the middle of the £0-9 million possible outcome range. If proceeding to a guilty verdict it may not help perception, though likely remains priced in.

Assuming a Conservative majority I target a return to highs over 1,000p seen last springtime, before news of the CMA’s provisional findings broke. Despite the risks of Brexit I like the sound of Javid’s talk about a boost for infrastructure investment. Buy.