Over the next six months, this company should attract more and more momentum buying. 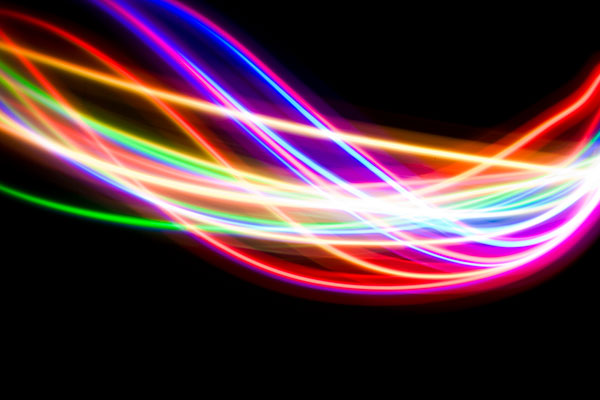 Last December at 87p, I set out a ‘buy’ rationale on AIM-listed corporate recovery specialist Begbies Traynor Group (LSE:BEG). Its interim results to 31 October had cited the biggest quarterly leap in UK financially distressed businesses since 2017 – up 6% to 557,000 despite a legal backlog thwarting wind-up petitions.

Operating margins had also re-rated to 15% after databases have shown annual mid-single-figure percentages. Mind however, there is scope to take radically different views as to profit, hence price-to-earnings (PE) multiples also.

When a group like this is acquisitive (four already this year) transaction costs will be significant but are stripped out of ‘normalised’ profit. Amortisation of goodwill (the premium paid to tangible value, which is usually big for a successful ‘people business’) is also deducted, albeit chiefly an accounting convention.

It does mean such listed companies can report dramatic uplifts in performance, but you may not know exactly how successful are the deals for a few years. With earn-outs typically taking up to five years, these can also weigh on profits by way of contingent liabilities. Personalities may clash as people businesses integrate. Once vendors have completed their earn-outs, they and other staff may move on.

Such concerns are brushed aside, however, amid current ‘risk-on’ sentiment towards equities. Begbies has progressively re-rated over 60% and now tests 140p a share, which capitalises it at around £200 million.

Management says results for the group’s year to end-April will show revenue of £83.7 million versus expectations for £77-79 million, and adjusted pre-tax profit will be £11.5 million versus £10.5-11.5 million. Encouragingly, this is before the 2021 acquisitions kick in.

A mercurial, if potentially very rewarding, business to project

Various factors conflate, if not conflict. The broad sense of owning Begbies shares is as a play on more challenged times – its quarterly ‘red flag’ alert reports of UK businesses showing a trend of rising financial stress in the year or so. This may get worse as government support measures taper off to leave vulnerable firms exposed.

A curiosity has been such red flag reports showing a 42% year-on-year increase in ‘significant’ financial distress since the first quarter of 2020. Yet the actual UK insolvency rate has plunged 34% to 11,081 firms in the year to end-March 2021 – due to financial support measures.

Management says it raised UK market share from 8% to 10.4% over two years from October 2018. This, together with an increase in the average case size, has mitigated weakness in the overall market.

The sense that insolvencies are poised to rise – Begbies cites an expected 50% increase during 2021 – grates with economic messaging that the UK economy is already experiencing its strongest recovery since the Second World War. Although it could be that an overdue clearance of ‘zombie’ firms (over-reliant on debt) is about to happen.

Also blurring projections on Begbies’ revenue/profit is how insolvencies often have a deferred element, paid out of the administration process, which may take years. Potentially this could enhance Begbies’ numbers on, say, a three-year view.

You can therefore entertain varying scenarios, possibly with a median even base-case outlook for ‘normalised’ net profit of £10 million – or higher, if synergies arise from the takeovers. Mind, better performance will increase earn-outs, hence temper profits growth.

With near 151 million shares issued (the deals have not involved onerous dilution and the group has circa £3 million net cash not debt) a £10 million normalised net profit scenario implies a forward PE sub 7x – hence the stock has justifiably tweaked up from about 125p before a 20 May year-end trading update.

As AIM stocks go, Begbies is a quality operation in essential business services and with a proven earnings/dividend record. It offers a radically better risk/reward profile than many that are more speculative.

The stock is down a penny or two this morning, but on a six months’ view I would not be surprised if it continues overall to attract momentum buying. The chart, underlying potential and valuation all look attractive, assuming insolvencies do rise.

So while it is tricky to confidently assert ‘buy’ on a longer-term view, the company’s credentials do look stronger than ever. I adjust stance to ‘hold’, simply reflecting wider uncertainties and a re-rating, but this should not be interpreted as a downgrade. It is just more speculative now to assert a conviction of ‘buy’.

Busily acquisitive this year, with the two biggest-ever deals

January saw the £21 million (including earn-outs) acquisition of CVR Global, a leading insolvency practitioner, which added the group’s first overseas office. A significant overlap of operating locations was said to enable £750,000 of annualised operating synergies.

Then in February came the £1 million purchase of a small London-based firm of chartered surveyors, to integrate with Eddisons, the group’s property advisory side.

Underlying group trading also appeared to improve by this point: on 23 February it was said the annual results would be “at least” in line with expectations.

In March, another key insolvency practice was bought: David Rubin & Partners, in London/Guernsey, for £25 million (including earn-outs). This was Begbies’ largest acquisition, intended to boost its presence in the UK business recovery market especially in London. A £22 million equity placed at 105.5p incurred 16% dilution.

May has seen the addition of MAF, a Midlands-based finance broker for up to £12 million with earn-outs. Working with banks and specialist funders, MAF arranges finance for firms in a wide range of industries towards buying equipment, vehicles and property. It is hoped to complement other Begbies services, especially debt advisory, and should also extend the group’s relationships with lenders.

If Begbies’ red flag reports are portentous than a rear-view mirror, the UK insolvencies market is now primed.

The fourth-quarter 2020 report had cited a 13% increase in businesses in significant distress – the largest since the second quarter of 2017 – albeit unsurprising as lockdowns tightened once again after a relatively easy summer. Each of the 22 sectors monitored showed an increase in significant distress, with 18 experiencing double-digit increases in the final quarter of 2020.

Moreover, it was said likely “these figures are the tip of a very large iceberg” given Covid-19 had reduced court activity and winding-up petitions.

The first-quarter 2021 report proclaimed a 15% increase in firms in significant distress over the previous quarter alone: “This is a very concerning for the UK economy and highlights the deteriorating financial situation for many companies.”

That is a reality check for optimists who reckon on a Roaring Twenties period ahead – as disposable income conflates with demand now unleashed. Begbies’ reports are effectively saying raised consumer demand is vital to offset potentially lower corporate demand within the overall economy. But it could just mean a vigorous restructuring lies ahead.

Quite a tough call then, with fresh money

It depends how disciplined you want to be, and how speculative. Unless Begbies’ reading of the insolvency market is flawed, and its expansion has come at precisely the wrong time, profit-taking looks premature. If broadly correct, then analyst targets of 165p a share are well justified and will get raised again in due course. Hold.