The building trade has enjoyed a post-pandemic boom period, and our companies analyst has found a firm he believes will continue to profit. 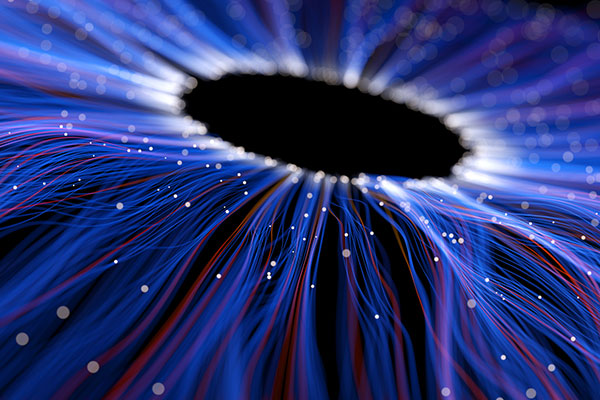 Infrastructure spending has been a classic investment theme since the initial shock of Covid-19 in March 2020. Governments around the world have twinned it with monetary stimulus as a classic Keynesian means to revive economies.

Ministers here are on another Conservative home-ownership crusade, propping the first-time-buyer market with incentives.

Various factors have conflated for a bull run

I tend to be quite wary of pure housebuilding stocks, given it can be tricky to read shifts in sentiment. In April 2020, however, I drew attention to a new kid on the block - Brickability Group (LSE:BRCK), a smaller construction materials distributor with a classic “buy to build” development strategy.

Not only would materials supply benefit from the positive macro context, acquisitions from a relatively small base – and in a quite fragmented industry – could both smooth and boost like-for-like comparisons.

Having floated in August 2019 at 65p, the stock had fallen to 46p, chiefly affected by the wider Covid sell-off. A director had bought 100,000 shares, presumably betting that construction and housebuilding were likely beneficiaries of government support. The price rose to over 50p then traded sideways while investors questioned if activity might be limited amid restrictions. Only when vaccine breakthroughs happened last November did the stock begin a solid bull run to 106p in June.

After a dip to 90p it rose to 111p in late September, and is currently 105p which capitalises Brickability at £313 million. The market appears mindful to lock in gains in potentially cyclical stocks – not only amid supply chain pressures, but also with interest rate rises now in the air. Have this and other housebuilding-related stocks had their best run?

Last June at 102p, I tempered my stance to “hold” but said not to take this negatively as if it were a downgrading. “Brickability could enjoy more years of prosperity and end up acquired itself,” I said.

The first quarter of 2021 saw the most UK homes built in a single quarter for over 20 years; however, it is a global trend and is boosting materials prices. Is demand sufficiently robust to offset this and support underlying profit growth at housebuilder related stocks? It is a tricky balance.

For what macro forecasts are worth, construction industry growth is expected to temper into single-digit percentages of around 5% in 2022 and 2023, after an exceptional 2021 enjoys 14% growth. Infrastructure and private housebuilding are key drivers, versus subdued commercial construction. Confidence levels are currently the highest since 2009.

Strong demand for building materials presents challenges for suppliers, but emphasises those with good industry relations and supply chains. In this respect, Brickability has some advantage because last December it acquired a haulage and logistics firm specialising in construction materials from Continent Europe. The chief rationale was to mitigate delays affecting rivals due to Brexit, although it has proved timely given Covid delays.

A multiple of 19x the normalised earnings per share (EPS) outcome for the March 2021 year moderates, given a strong earnings uplift helped by acquisitions. Net profit is projected to more than double to £20.7 million next March, then advance to £27.4 million for March 2023, for forward price/earnings (PE’s) of 14x, easing to 11x.

A latest update for the group’s first half-year to 30 September has affirmed the 2022 projection, despite cautioning about market supply chains under pressure due to the HGV driver shortage, plus inflation affecting construction worker wages and materials prices. Brickability does not appear immune.

The differential in earnings growth rates versus PE multiples makes for a seemingly highly attractive PEG ratio of 0.2 moderating 0.4, when value is assumed to exist in growth stocks once the PEG is sub-1.0. But this is a situation where a relatively small financial base is conflated with material acquisitions and the strongest industry conditions in two decades.

Acquisitions execution is a key element

Brickability must take care not to over-pay in current bullish conditions. I am at least encouraged by a new chief financial officer – with a strong background – joining last April. There had not been any problems (the previous CFO died from sudden illness) but a capable CFO is key for a successful small cap acquirer.

Brickability has talked about becoming the UK’s leading building materials supplier, hopefully ego does not prevail.

The most significant has been last June’s £63 million acquisition of Taylor Maxwell Group in façade and timber products. Making around £10 million operating profit on £250 million revenue, this alone justifies the uplift in March 2022 forecasts.

It was enabled by a £53 million net placing at 95p a share, incurring 22% equity dilution. The integration is said progressing well and timber has benefited from shortages inflating prices.

Then in August came another roofing specialist – Leadcraft - for £5.5 million, making around £1 million operating profit on £5.6 million revenue.

The busy schedule of deals presents a challenge to judge its risk profile, where last August’s annual results cited £7.3 million net debt – albeit referring to end-March.

The ratio of current assets to current liabilities was satisfactory at 1.6, and even before June’s equity placing the only debt – and long-term – had reduced from £24.9 million to £15.8 million.

But partly due to working capital movements, net cash from operations was only stable at around £10 million due to nearly eliminating £6.0 million interest paid. Otherwise, and before working capital, cash flow eased 17%.

It would have helped for the latest update to give an essential view about where gearing stands. Prelims did cite a £60 million borrowing facility limit after a refinancing.

Moreover, the update cites demand is expected to continue to strengthen. Versus rising costs, management says it is “not immune” to, it looks like revenue momentum will indeed tip earnings growth positively - the question being, for how long.

April to September showed a trebling in overall revenue to £223 million, helped by acquisitions, or a 54% like-for-like rise – up 31% on the same period in 2019.

Rising costs are shown by EBITDA (close to operating profit) comparisons. For this recent first half-year, adjusted EBITDA of at least £17 million is expected versus £8 million like-for-like. The implied margin of 7.6% compares with 6.6% at the reported operating level, which is down on 9.0% for the year to 31 March 2019 million and 8.1% in 2020.

It is a tricky call but for those who appreciate the risks I think Brickability merits fresh attention. Yes, construction growth will moderate and there is uncertainty both on acquisitions and costs. But unless interest rate rises stall the housing market, this group is of modest size to evolve and possibly end up acquired itself. Buy.

Ocado: a FTSE 100 stock desperate to deliver on growth ambitions