As usual, there will be lots of controversy at upcoming AGMs. We look at some of the most interesting votes that shareholders should be aware of. 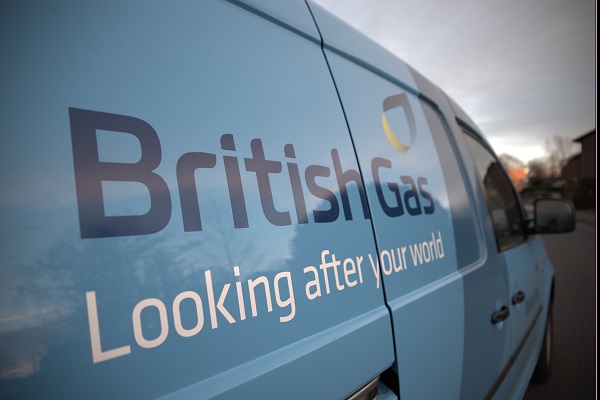 A £100,000 bonus covering the first 46 days of work by the new finance boss of Lookers (LSE:LOOK) has the potential to be a flashpoint at the motor retailer’s forthcoming AGM.

Oliver Laird only started in the role on 15 November but got the award after impressing with his contribution to discussions over the company’s strategic objectives. Voting advisory group Glass Lewis is unhappy with the bonus, which equated to 278% of Laird’s salary for the period, and has recommended shareholders go against the annual remuneration report.

Companies hosting AGMs in early June include Centrica (LSE:CNA), where boss Chris O’Shea recently forfeited a £1.1 million bonus because of the hardships faced by customers due to rising energy prices. Shareholders will have a binding vote on the British Gas owner’s new three-year remuneration policy and an advisory vote on its climate transition plan.

How to participate: Shareholders will be able to attend and participate in the AGM remotely. An online form for submitting questions in advance of the AGM will be available until 10am on Friday 27 May. Proxy voting forms must be returned by 10am, Wednesday 1 June. More AGM details can be found here.

Who’s in the chair? Scott Wheway, a former Boots and Tesco director, joined the Centrica board in 2016 and became its chair in March 2020.

How did the company do in 2021? Adjusted earnings from continuing operations rose 46% to 4.1p a share after the British Gas owner benefited from cost efficiencies, the reduced impact of Covid-19 and higher commodity prices in upstream operations. Portfolio simplification was materially completed with the £2.7 billion sale of North American supply business Direct Energy and agreed sale of Centrica’s 69% stake in Spirit Energy, a Norwegian exploration and production venture. There was no dividend payment for the year.

How much is the boss paid? Chris O’Shea’s basic salary for this year has been increased by 2.5% to £794,375. The company’s performance in 2021 meant he was entitled to an annual bonus of £1.16 million equivalent to 83% of the maximum opportunity. However, O’Shea has forfeited the award given the hardships faced by customers as a result of higher energy prices. He also earned a bonus for 2019 that was not paid as the pandemic emerged and he would have been entitled to a payment last year in respect of 2020 which was also not paid.

What’s in the company's new remuneration policy? Centrica plans to replace the current structure of long-term share awards, which have a three-year performance period and a maximum award of 300% of salary for the chief executive. It is instead introducing a restricted share plan (RSP) with annual awards of up to 150% of salary. The RSP will vest over three years, subject to a performance underpin and a further two year holding period. Centrica said the change will ensure a large proportion of executives’ pay is based on direct and uninhibited share price movement. It adds that potential pay-outs from restricted shares are far less variable than conventional long-term incentives and so more appropriate given the regulatory environment within which Centrica operates.

What’s the view of voting agencies? Glass Lewis is in support of the annual remuneration report and recommends shareholders support the binding vote on the new remuneration policy. It adds: “In the event we believe the committee fails to utilise its discretion to prevent windfall gains, we will recommend shareholders voice their dissent in the year of vesting.”

How did last year’s AGM go? The directors’ remuneration report was supported with 95.16% of votes in favour.

Is there a climate-related vote? The company published its climate transition plan in November, setting out its roadmap to becoming a net zero company by 2045 and how it will help customers to reach net zero by 2050 “in a fair and affordable way”. Shareholders have an advisory, non-binding vote on the plan at this year’s meeting, a process the company expects to repeat at least every three years.

How is the company doing on diversity? January’s appointment of Amber Rudd as non-executive director means the majority of board roles are held by women. The company also meets the Parker Review target of at least one director being from an ethnic minority background.

How to participate: Proxy voting forms need to be returned by 9.30am, Friday 27 May. More AGM details can be found here.

Who’s in the chair? Angela Seymour-Jackson, who previously held executive director roles with Aegon UK, RAC Motoring Services and Aviva UK, is hosting the PageGroup (LSE:PAGE) AGM for the first time. She  replaced David Lowden, who stepped down at the end of April after a decade with the company and six years leading the board.

How did the company do in 2021? Gross profit at the FTSE 250-listed recruitment firm rose 49% to a record £877.7 million, leading to an increased basic earnings per share figure of 37.2p. Interim and special dividends worth £100.2 million were paid from surplus cash on 13 October and a final dividend of 10.30p a share will be handed to shareholders on 17 June.

How much is the boss paid? Steve Ingham, who was appointed chief executive in April 2006, is on a basic salary of £658,400 after a 3% increase for this year. His total remuneration for 2021 came to £2.6 million, having received cash and shares worth £1.8 million from the company’s incentive plan. The hybrid scheme is based on short and long-term metrics and  awarded 74.4% of the maximum opportunity.

What’s the view of voting agencies? Glass Lewis has recommended shareholders support the advisory vote on the annual remuneration report.

How did last year’s AGM go? There were more than 99% of votes in favour of the  annual remuneration report.

Is there a climate-related vote? No. The annual report contains details of the company’s greenhouse gas reporting and Task Force on Climate-related Financial Disclosures (TCFD).

How is the company doing on diversity? Female representation on the board was 38% at the start of 2022. Page has a target of gender equality in senior management roles by 2030. Its  board does not have a member with an ethnic minority background, which Page says it is committed to changing in line with Parker Review timelines.

How to participate: Proxy voting forms should be returned by no later than 10am, Friday 27 May. More details on the AGM can be found here.

Who’s in the chair? Ian Bull, the former finance boss at Greene King and Ladbrokes, has been in the role since October.

How did the company do in 2021? Revenues 9% higher at £4.05 billion and the benefit of much stronger margins on used vehicle sales helped the motor retail business lift underlying profits to £90.1 million and basic earnings per share to 15.65p. The company has pledged a progressive dividend policy after announcing a full-year payment of 2.5p a share for 24 June.

How much is the boss paid? Mark Raban’s salary is unchanged for this year at £450,000. The company’s former chief financial officer got a total of £1.12 million from 2021 trading after an annual bonus scheme generated £641,000 of cash and shares based on 95% of the maximum opportunity.

What’s the view of voting agencies? Chief financial officer Oliver Laird was only appointed on November 15 but got a £99,750 cash and shares bonus on top of basic pay of £36,000 for the period. Lookers said this reflected his “exceptional contribution”, particularly his impact on discussions over strategic objectives and accelerating the company’s reporting timetable. However, Glass Lewis believes that shareholders deserve “a more detailed rationale for an award of this size” given the CFO's short tenure on the board. In light of what it considers to be an excessive discretionary bonus, it recommends that shareholders vote against the annual remuneration report.

How did last year’s AGM go? A delay in signing off the 2020 accounts meant votes on certain resolutions did not take place until August, when the remuneration report received unanimous support.

Is there a climate-related vote? No.

How is the company doing on diversity? The company has targeted women in 20% of board roles by 2022 and 33% by 2024. It missed this objective at the start of 2022 but has since improved to 25% with Deborah Sherry becoming a non-executive director. The company is compliant with the Parker Review in relation to ethnic diversity of its board.