We consider how the virus has hit China-focused equity funds, areas that may benefit, and panic-selling. 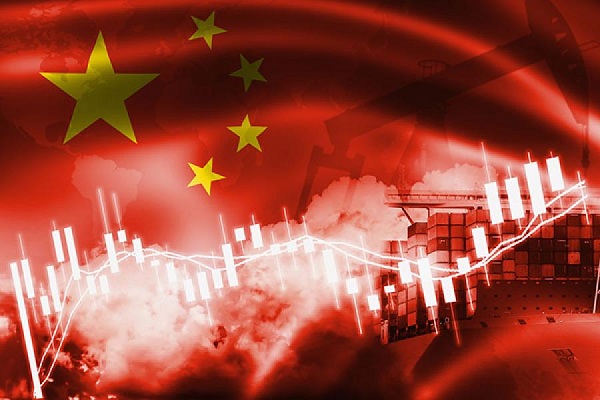 This feature was written in early February for the March edition of Money Observer magazine.

At the end of every year, investors are offered numerous outlooks and predictions assessing the major risks faced by each market or region. In the case of China, the big risks cited at the end of 2019 were slowing global growth and the potential for a worsening of the trade war with the US.

By the start of 2020, investors were generally sanguine about these potential risks. There were still plenty of red flags hanging over the Chinese economy for more bearish analysts to point to, such as the continued high levels of debt. But for the most part, Chinese equities, and with them the IA China/Greater China fund sector, started the year on a positive note.

However, by mid-January that had started to change, with talk of a deadly virus in the central Chinese city of Wuhan. By the end of January, the seriousness of the new coronavirus started to become more apparent, leading the government to shut down travel from Wuhan and several nearby cities.

In a bid to stem the spread of the virus, Chinese authorities extended the Chinese New Year period for several days. At the time of writing, Chinese authorities are continuing to encourage much of the workforce to stay at home, meaning large parts of the economy are effectively shut down.

All of this has had an impact on China’s stock market, with the Shanghai Composite Index, China’s main market, tumbling by around 8% on its first day of trading after the extended holiday. Measured year-to-date, the index is down more than 6% in sterling terms (as at 5 February 2020).

So how has this impacted China-focused equity funds? Ryan Hughes, head of active portfolios at AJ Bell, notes:

“Nearly all Chinese equity funds have been hit hard by the coronavirus outbreak.”

Data from FE Analytics shows that almost all the IA sector’s funds have lost value in the period from 5 January to 5 February. At the time of writing, the IA’s China/Greater China sector is roughly unchanged year to date. At its worst, its average year to date return has sat at around -4%.

Of course, some funds have fared worse than others. The hardest-hit funds, unsurprisingly, have been those focused on domestic consumers. “The outbreak of this virus and the fear it has created will have a fairly significant negative impact on the China consumer sector over the next couple of months,” says Adrian Lowcock, head of personal investing at Willis Owen.

Another of the worst-performing funds was Fidelity China Focus, with a one-month return of -8.8%. According to Lowcock, the fund “has a high exposure to the Chinese consumer. It is also exposed to cyclical elements of the Chinese economy through its investment in Chinese banks.” 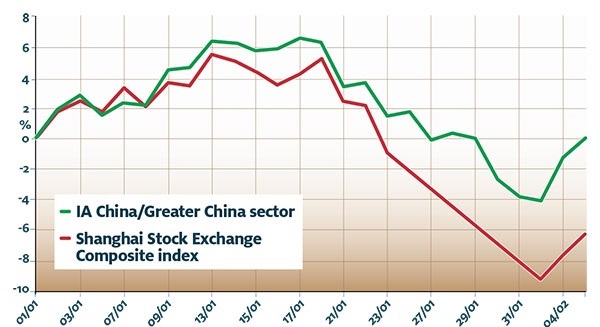 Areas that may benefit

That, however, is not the whole story. While Chinese consumption alongside broader service sectors such as tourism, food and beverage, retail, airlines and casinos are likely to take a significant hit during the quarantine period, some newer consumer-focused companies may be positioned to see benefits, as Chinese consumer habits change during the epidemic.

For example, Fidelity’s Dale Nicholls (who manages Fidelity China Special Situations (LSE:FCSS) investment trust) has noted that many technological disrupters are likely to see a speed-up in adoption during the current shutdown. Consumers who have been slower to join China’s e-commerce revolution have a clear reason to join now that they are confined to their homes – so long as there are sufficient delivery drivers available to meet this demand.

A push towards online consumption would be potentially news for the many China-focused funds with large Alibaba (NYSE:BABA) holdings. As of 5 February, the e-commerce giant’s share price (as listed on the New York Stock Exchange) was flat on the year.

There is a similar argument in support of China’s other new technology companies benefiting from the shutdown. Tencent (SEHK:700), for example, provides  online gaming, music streaming, social networking and e-commerce services, among other things. With Chinese citizens encouraged to stay at home to prevent further spread of the virus, the use of such services is likely to rise. The company is a favourite among China-focused funds.

So far this year Tencent has produced a share price return of around 2.8% – not bad considering the damage the virus has inflicted on other Chinese equities. One of the best-performing IA China/Greater China funds, Allianz China Equity (up 1.3% over the month to 5 February), has an 8.5% weighting towards Tencent.

Meanwhile, Lowcock argues that companies with China-focused exposure (and by extension the funds that hold them) should generally hold up, due to the potential support for domestic A-share equities offered by the Chinese state. Lowcock notes:

“It is easier for the Chinese to control and manage the impact on A-shares. This is also an area of the market more commonly accessed by domestic investors.”

Lowcock mentions the Allianz China A Shares fund (up 1.2% over the month) and the Matthews Asia China Small Companies fund (see below) as both having high exposure to domestic A-shares. Performance for the two funds was relatively strong in January.

More generally, the future performance of Chinese funds will depend on how quickly the economy picks up again. China will likely see a sharp contraction in its GDP data for the first and even second quarter of 2020; but if the government can arrest the spread of the virus, a rebound will likely follow, boosting Chinese equities.

A rebound would also be strongly encouraged by the government, which is keen to meet its end-of-year economic growth targets. Ben Yearsley of  Shore Financial Planning points out that the Chinese government will most likely “unleash measures to  stimulate the economy, probably via consumer spending”. He continues: “That’s where most upside will be, going forwards.”

Predicting how bad the virus will be is beyond the capabilities of epidemiologists, let alone investors. However, overreactions often result in investors crystallising their losses. As Hughes says:

“Investors who sell at the first sign of short-term volatility therefore lock in losses that have already been incurred, and then miss the bounce back once things have calmed down.”

Hughes argues that for many investors, the current period could be seen as a time to increase exposure to China-related funds. He  notes: “If we look back to the SARS outbreak in 2002/03, it had a short-term negative impact on markets – but once the outbreak had been contained, markets recovered very quickly.”

Ben Yearsley points out the relatively strong performance of China-focused fund Matthews China Small Companies, with a one-month return (5 January to 5 February) of 3.9%.

According to Yearsley: “One of the reasons it has done well recently is that it is exposed to medical waste companies, vaccine- makers and diagnostic companies, as well as companies that enable people to work or stay at home, for example online education.” The fund’s managers claim that about 35% of the portfolio is in areas that should be able to prosper in the current crisis, he adds.

Its performance, however, is no short-term phenomenon. Over the past five years it has managed to beat both its benchmark and the average return of its peers.

Dated to 5 February 2020, the fund has achieved a five-year total return of 114%, compared to the IA China/Greater China sector average of 64%. The fund’s benchmark, the MSCI China Small Cap index, has provided a total return of just 21.5% over the same period.