When it happens, the Deliveroo float will be one of the UK’s biggest in years. Here are the facts. 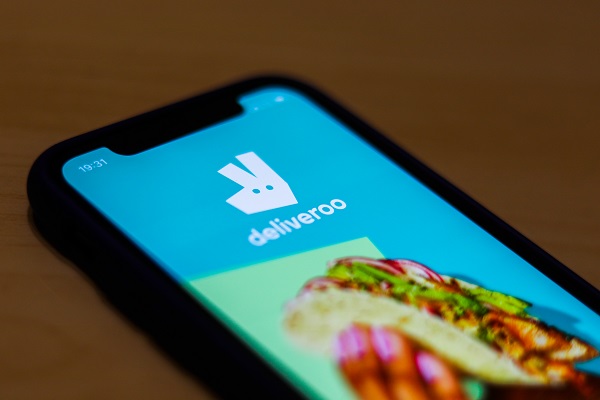 A £5 billion serving of Deliveroo shares in a blockbuster stock market flotation will go some way to satisfying investor hunger for more British-led tech IPOs.

The Amazon-backed food delivery app is hoping to follow the Wall Street lead of US counterpart DoorDash (NYSE:DASH), which soared in value in the wake of its own market debut in December. It’s rumoured we’ll find out more from Deliveroo on 8 March, but this IPO will only be open to institutional investors. The general public will have to wait until trading begins on the London Stock Exchange before they can buy the shares.

We don’t think that's fair. It’s why interactive investor’s CEO Richard Wilson has written to the Treasury calling for a consultation on how retail investors are given fair access to IPOs and not disadvantaged in favour of city institutions.

How we got here

Set up in 2013, Deliveroo now works with more than 140,000 restaurants and some 110,000 riders globally. It is also tapping into the significant growth potential of online grocery deliveries after setting up a series of partnerships with supermarket chains.

These ambitious growth plans and the impetus provided by lockdown trading mean Deliveroo could be valued at as much as $7 billion (£5 billion) in the potential IPO, based on the same multiples it used in January’s $180 million (£128 million) funding round.

That would put the company on a par with Hut Group owner THG (LSE:THG), which was valued in October at £5.4 billion in London’s biggest tech flotation for several years.

In keeping with so many of the Wall Street tech flotations, Deliveroo is still loss making and racked up a deficit of more than £300 million in 2019. While it says it traded profitably at an operating level for much of last year, it had to admit at the start of the pandemic that it faced collapse without the support of its major investor, Amazon (NASDAQ:AMZN).

The lockdown has transformed its fortunes since then, given that households unable to visit their favourite restaurants have no choice but to order takeaway deliveries. Competition from the likes of Uber Eats and Just Eat (LSE:JET) is fierce, however, and there is now renewed uncertainty about the rights of workers in the gig economy.

Deliveroo now operates in almost 800 towns and cities after its expansion in 2020. As well as the core business, its Editions delivery-only kitchens help restaurants to significantly increase their output. There are now also on-demand grocery partnerships with major supermarket brands including Waitrose, Sainsbury's (LSE:SBRY), Morrisons (LSE:MRW), Aldi and Carrefour (EURONEXT:CA).

The most recent results for 2019 showed revenues 62% higher at £771.8 million, but losses rose to £319.9 million after significant investment. However, Deliveroo said in December that it had been profitable for more than six months at the operating level.

In the past year, 20,000 new restaurant partners joined Deliveroo and the company has 36 new grocery partnerships, covering around 1,600 UK sites on the platform.

It points out that the online food delivery sector remains relatively new, presenting an enormous opportunity for growth. And out of 21 meal occasions each week, it estimates that fewer than one of those is transacted online.

Deliveroo’s primary market is the UK, where it operates in more than 200 towns and cities, working with over 30,000 partner restaurants and 50,000 riders, and employing more than 1,000 people directly. But it also has operations in another 11 countries, including Australia and France.

Who runs the business?

Deliveroo is run by former investment banker Will Shu (pictured below), who co-founded the business in August 2013 with childhood friend Greg Orlowski. Their idea for starting Deliveroo came after Shu moved from New York to London and realised that food delivery options were lacking in comparison with his former home. The service launched in Chelsea, with Shu its first ever rider. 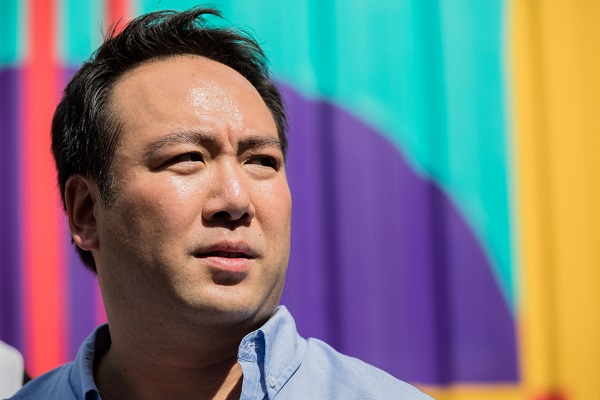 Prior to Deliveroo, he had worked as an analyst for SAC Capital and ESO Capital, and as an investment banker at Morgan Stanley in New York and London.

He is still at the helm of Deliveroo, having overseen a series of funding rounds and the move towards a stock market flotation. Shu reportedly holds a 6.8% stake in the business potentially worth £340 million in the IPO. The most recent accounts for 2019 showed that the highest paid director at Deliveroo — likely to be Shu — received almost £6 million.

The Deliveroo board is led by former Premier League acting chair Claudia Arney, whose appointment in November signalled the company’s intention to move towards a stock market float. Arney has also held senior positions at the Treasury and Goldman Sachs.

Her arrival was followed by January’s surprise hiring of Next (LSE:NXT) CEO Simon Wolfson, whose non-executive director’s role at Deliveroo is his only major external appointment. A major coup for Deliveroo, Shu said Wolfson would bring “great knowledge and insight” to the company.

How has Covid-19 affected Deliveroo?

Deliveroo was initially hit hard by the pandemic when most restaurant chains closed completely at the start of the first lockdown. The situation was so bad that in April the Competition and Market Authority was told Amazon’s investment would save Deliveroo from collapse.

The pandemic prompted Deliveroo to reassess its offer, leading to the launch of new services including on-demand grocery deliveries. As lockdown restrictions eased, restaurants re-opened and began to rely on Deliveroo for enabling a significant revenues stream.

These favourable trends have accelerated as the pandemic has continued, with the prolonged closure of pubs and restaurants making eating in the only option for households.

The company has supported restaurants with their marketing campaigns during the pandemic, as well as reduced onboarding fees and offered features such as Table Service for when it had been possible to dine in. Deliveroo also points out that it created work for an additional 25,000 riders last year, doubling the number on its books in the UK to more than 50,000 in 2020.

How does it plan to grow?

Deliveroo announced last month that it plans to expand its services to around 100 new towns and cities in the UK, bringing it to another four million people. It is also looking to expand its reach within the areas it already operates, such as Glasgow and the Home Counties.

As the fastest growing part of the business, the company wants to expand the on-demand grocery offering from the 4,300 sites served at the start of 2021. This is a particularly competitive landscape, with a £1 billion fundraising by Just Eat recently fuelling speculation that it could be the next to target this market.

Deliveroo has also said it wants to more than double the number of Editions sites it operates worldwide, as well as offer restaurant partners its new white label ‘Signature’ service where they use their own branding rather than Deliveroo’s. It is also expanding the Deliveroo Plus subscription service, which gives free delivery in return for a monthly fee.

What happened in the CMA inquiry?

In May 2019, the company raised $575 million towards developing its tech capabilities and customer experience as it sought to compete against the likes of Uber Eats and Just Eat. The funding round was led by Amazon, which took a 16% stake having only exited the online restaurant food delivery market in the UK six months earlier.

Shu said at the time: “Amazon has been an inspiration to me personally and to the company, and we look forward to working with such a customer-obsessed organisation.”

However, the move prompted the Competition and Markets Authority (CMA) to look into how the shareholding held by Amazon would affect its incentive to compete independently with Deliveroo in restaurant delivery and online convenience grocery. 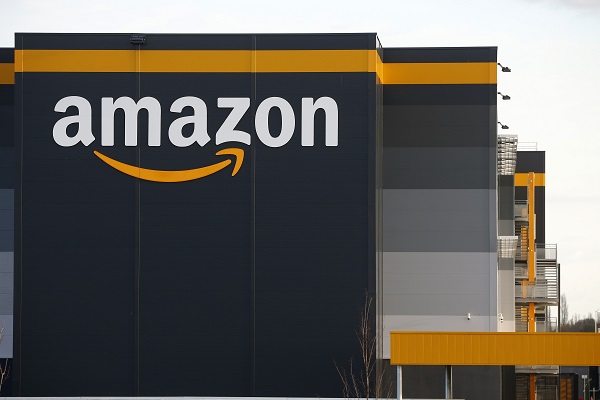 Deliveroo told the CMA at the peak of the pandemic crisis that it would fail financially without the Amazon investment. The regulator concluded that Deliveroo met the criteria for a ‘failing firm’ and that its exit from the market would have been worse for competition.

After a significant turnaround in Deliveroo’s financial position, the CMA concluded in August that Amazon’s investment would not substantially lessen competition. However, it vowed to revisit the decision if the US e-commerce giant increased its control over Deliveroo.

What about workers’ rights?

In a case with far-reaching consequences for the gig economy, the UK’s highest court ruled against Uber when it said its drivers should be classed as workers and entitled to basic employment protections such as minimum wage and holiday pay.

Lawyers believe the Supreme Court ruling will have ramifications for other firms with a similar business model, although it won’t necessarily mean that everyone will automatically be classified as a worker. Deliveroo hasn’t so far commented on how it will respond. 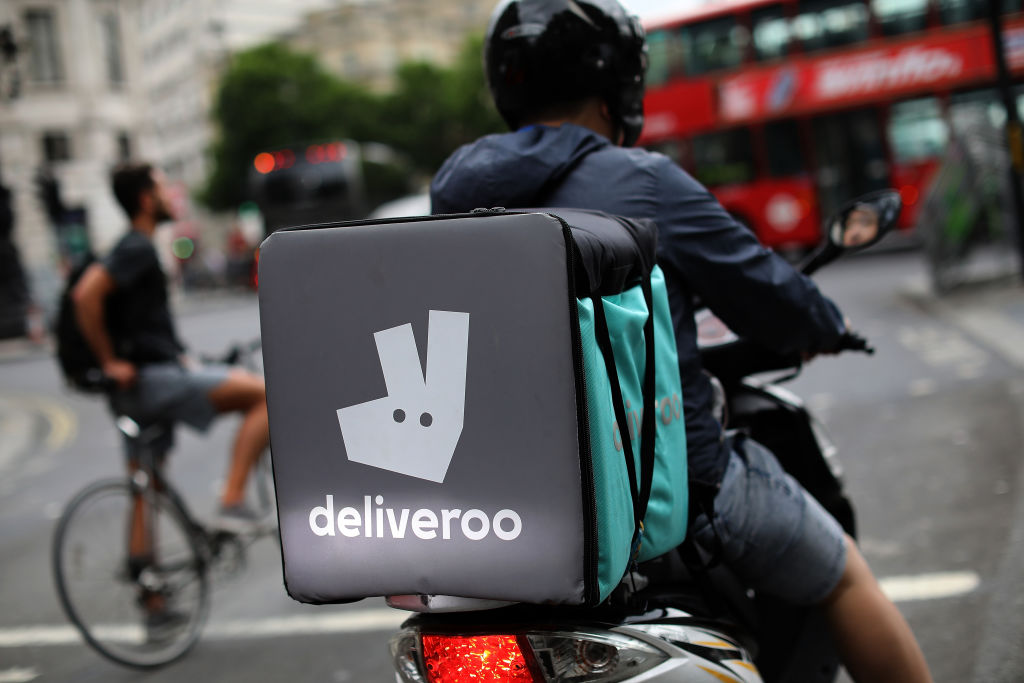 Meanwhile, a two-day case in the Court of Appeal heard in early February challenged Deliveroo on collective bargaining rights and giving workers a say over conditions. It has been brought by the Independent Workers’ Union of Great Britain, with a verdict to follow later.

The case follows a High Court ruling in 2018 that said Deliveroo riders were not in an employment relationship with the firm, meaning that collective bargaining did not apply.

The company argues that it offers riders the flexible work they value, adding that in the pandemic it launched a Cash Out scheme so that they received earnings more quickly.