‘Good value’, ‘cheapest stocks’ and ‘extremely positive’ are just some of the superlatives used to describe stocks in these sectors. 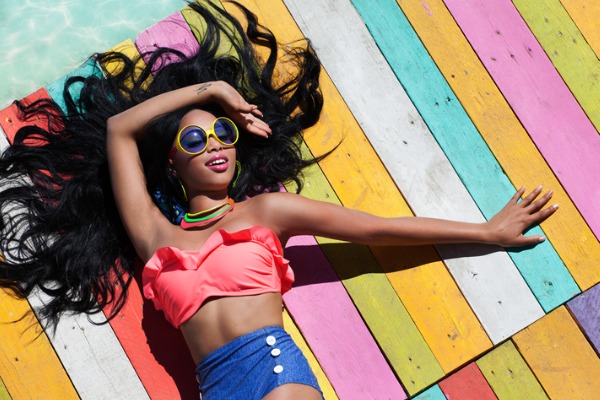 The overall picture for mid-cap investors was positive as the FTSE 250 index continued to set new highs after breaking through the 23,000 threshold during morning trading.

Page Group was among the biggest risers, up more than 2% after its second quarter update led to material upgrades to full-year earnings guidance.

A particularly strong performance in June has pushed gross profit back above 2019 levels, prompting chief executive Steve Ingham to forecast full-year operating profits of between £125 million and £135 million, compared with his previous £90-£100 million guidance.

The improvement has been most noticeable in Asia Pacific, while earnings for UK operations under the Michael Page and Page Personnel brands are still 9% lower than two years ago.

Shares rose 14p to 589.5p but analysts at Jefferies have a price target of 620p after upgrading the stock a few weeks ago on the back of improved labour market data in the US and UK.

Fellow recruitment firm Robert Walters (LSE:RWA) also said trading in June had been strong as it reported that profits will be significantly ahead of the level signalled less than a month ago. The FTSE All-Share company said candidate and client confidence had continued to improve as net fee income growth for the second quarter accelerated to 31% year-on-year.

These housebuilders are good value

The other sector generating investor interest was housebuilding, after Redrow said its sales rate had picked up despite the introduction of tighter restrictions on the Help to Buy scheme.

Its better-than-expected year-end update showed annual revenues of just under £2 billion and an operating margin in excess of 15.5%. An order book described as “very strong” and a robust market overall also boosted confidence as shares improved 2% or 12.8p to 642.2p.

That's extremely good value, according to Peel Hunt as the broker upped its price target from 750p to 830p and said the company was one of the cheapest stocks in the housebuilding space.

The shares have risen 13% year to date, compared with 9% for the wider sector, but have been flat over the past three months. On a price/earnings multiple, they are trading on 7.4 times 2022 earnings compared with the sector average of 9.7 times.

Counterparts at Liberum also raised their price target from 800p to 840p after lifting their 2022 earnings per share forecast by 10% following the “extremely positive” trading update.

Bovis Homes business Vistry underlined the positive mood in the sector when it said trading had been significantly ahead of its expectations at the start of the year, reflecting a step up in completions, price increases, improved profitability, and strong cash generation.

Chief executive Greg Fitzgerald said market trends were encouraging, with good demand for completions beyond the end of the stamp duty holiday in September.

He added that house price inflation more than offset cost pressures, having seen some price rises and extended lead times in the supply chain this year. Shares were 7.5p lower at 1,205p.

Online casino, bingo and poker firm888 Holdings (LSE:888) was the biggest faller in the FTSE 250 index after warning that gambling habits were returning to more normal patterns as Covid-19 restrictions ease. Since mid-May's re-opening of UK retail and leisure venues, it said average daily revenues in the UK have been about 20% lower than the same period previously.

Shares fell 33p to 380p, even though the company added that its second quarter performance overall had been slightly ahead of expectations.