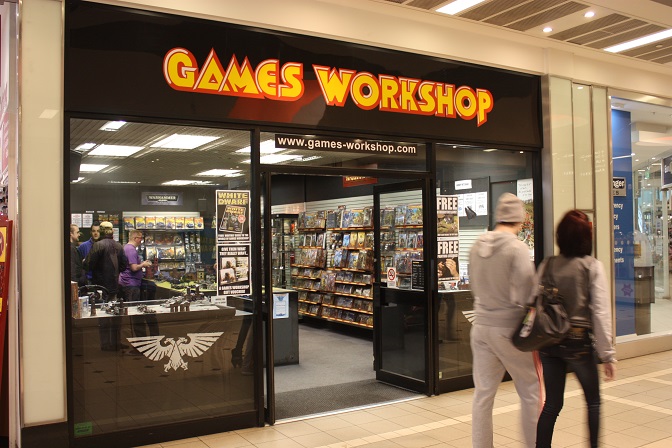 The Warhammer fantasy world that's made Games Workshop (LSE:GAW) a £4 billion hit with fund managers and retail investors is showing no signs of slowing its remarkable growth.

Its latest results reveal profits jumped 69% to £151 million as robust performances in its trade and online channels kept up the company's momentum when the majority of its 523 stores were closed by the pandemic at some point in the year to May.

Chief executive Kevin Rountree said the Warhammer miniatures hobby and the wider Games Workshop business were in “great shape” after a tough year, a point he highlighted by declaring another 40p a share dividend out of “truly surplus cash” for payment on 13 September.

Shares topped 12,000p for the first time in early June but fell back 270p to 11,530p after today's results, even though analysts at Peel Hunt said the potential for further earnings upgrades meant 12,500p looked to be achievable for the FTSE 250 index stock.

They said: “We continue to see significant long-term potential as the company expands the hobby globally and develops the intellectual property.”

For star manager Nick Train they represent one of his biggest regrets after he reportedly failed to heed the advice of a younger colleague who recommended buying the stock a few years ago.

The shares were changing hands at 500p five years ago, since when they've soared by more than 2,000% to make Games Workshop one of the biggest stocks in the FTSE 250 with a valuation of almost £4 billion — the same as Dixons Carphone (LSE:DC.) and WH Smith (LSE:SMWH) combined.

The secret of its success is clear to see from the opening lines of Rountree's results presentation, in which he says the company's ambitions are simply to make the best fantasy miniatures in the world, to engage and inspire its customers and to sell products at a profit.

He added: “We intend to do this forever. Our decisions are focused on long-term success, not short-term gains.”

The company's factories, warehouse facilities and back-office support functions are based in or near Nottingham, including a design studio employing 262 people which is responsible for all the intellectual property, miniatures, artwork, games and publications.

During the past year, the company invested £12.7 million in its studios and a further £4.4 million on tooling for new plastic miniatures.

Despite the focus on its Nottingham HQ, Games Workshop is an international business with two major logistics hubs in Memphis, Tennessee, and Sydney, Australia, serving the 77% of company sales now generated outside the UK.

Its 523 retail stores in 23 countries contributed 20% of last year's sales, while its products sold through 5,400 independent retailers in 73 countries accounted for 55% of business.

This global reach underpins the company's confidence in its prospects, with a continued focus on delivering further sales growth and maintaining the operating profit margin in 2021/22.

Rountree said: “We will focus on what is in our control; delivering on our operational plan rather than worrying about, for example, any short-term share price volatility or the weather.

He added: “Our biggest risk is senior management becoming complacent. I will continue to do my best to ensure that does not happen. ”