This small-cap’s Covid bounce is over, but bosses are betting on a fresh rise. There’s also activity at these two household names. 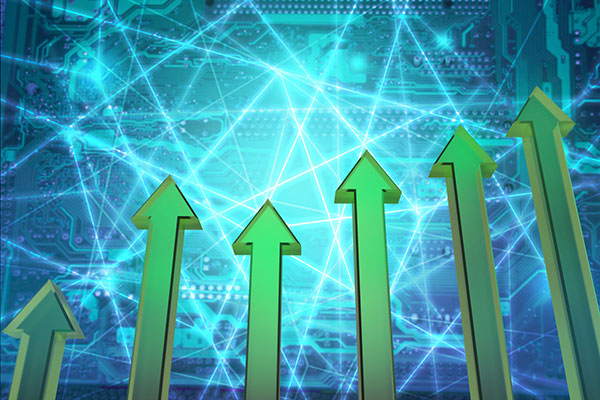 The £65,000 purchase of shares by the top two at Johnson Service Group (LSE:JSG) helped to fire up interest in the recovery story of the workwear and hotel linen firm on Friday afternoon.

The AIM-listed stock closed 3% higher at 133.6p after the lunchtime disclosure that chairman Jock Lennox and chief executive Peter Egan each bought 25,000 shares at 130p on Thursday.

Their co-ordinated move follows a poor recent run for the share price, even though Johnson forecast in early September that full-year results should be near the top end of City expectations.

Shares are down 17% since mid-September, most likely because of concerns about inflationary pressures pushing up costs. The company admitted in its interim results that recruiting 700 staff for its hotel, restaurants and catering division had been more challenging than anticipated, and that competition for labour has resulted in increased costs of production.

This division, known as HORECA, was severely affected by lockdowns but volumes in July and August returned to 80% of normal levels amid a surge in staycation activity this summer, with some tourist areas reporting a return to 2019 trading conditions.

The other Johnson division is focused on protective wear and workplace hygiene services and processes over one million garments per week. It continued to operate throughout the pandemic and has reported volumes at 98% of usual levels in June.

Egan said: “It remains difficult to give guidance for the coming months however, in the absence of increased restrictions, we expect that we will announce results for the year towards the higher end of current market expectations.”

Investec Securities said in early September that its forecast for second-half underlying earnings of £20 million, up from £16.9 million achieved in the first half, looked undemanding given the pace of the vaccine rollout and strength of recovery across end markets.

The broker had a price target of 190p and is modelling a restart of dividend payments in the 2022 financial year.

Peel Hunt, meanwhile, reiterated its price target of 168p in the wake of the results, noting at the time that Johnson traded at a 35% discount to its wider international peer group.

Analyst Christopher Bamberry said: “Liquidity remains strong and we believe Johnson is well placed to capitalise on the recovery in HORECA. This is in contrast to many of its smaller, less well-capitalised competitors.”

The Johnson business has a long stock market history, having listed on the London Stock Exchange in May 1958. It transferred to AIM in June 2008 amid a deteriorating financial position compounded by the cost of new IT systems. It sold its corporate clothing arm in that year and offloaded the dry-cleaning business to Timpson for £8.25 million in 2017.

Egan joined the group in 1998 and has over 25 years’ experience in textile services. Appointed chief executive in January 2019, he previously bought company shares in September 2020 when they were trading at 90p.

Lennox, who became non-executive chairman in May, is an accountant who held a number of leadership positions during 30 years with Ernst & Young.

The Scot, who is a director of BHP Group and was formerly deputy chair of Lloyds Banking Group, has taken on the role held for nine years by Sir Ian Davis. She is the first woman to lead the company's board in its 115-year history.

Elsewhere on Friday, Domino's Pizza (LSE:DOM) reported the acquisition of more than £100,000 worth of shares by non-executive director Stella David. Her move was made at 370p, which compares with almost 390p seen prior to a trading update on Thursday, when Domino's warned that inflationary pressures and a challenging labour market are expected to last well into 2022.

This offset another strong trading performance, with system sales of £375.8 million being up 8.8% on a like-for-like basis in the third quarter. Liberum warned of some “serious clouds on the horizon”, such as April's return of VAT to 20% and the recent surge in wage inflation.