This high-yield sector has underperformed in 2022, but there's a growing sense that stocks have been oversold. Our City expert looks at who's buying and why. 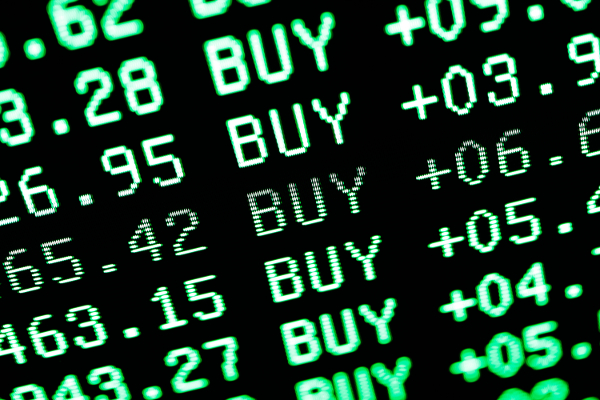 Noel, whose 30 years’ experience within the property industry has included almost a decade in charge of FTSE 100-listed Land Securities, bought the shares at 132p on Thursday.

The stock is down by a quarter so far this year, driven lower by industry uncertainty over cladding remediation costs and concerns that rising interest rates will impact demand.

Barratt Developments (LSE:BDEV) and Persimmon (LSE:PSN) have endured falls of a similar scale as a combined £10 billion has been wiped from the sector in 2022, much more than the £4 billion requested by the government for cladding work on buildings between 11 and 18 metres.

Many City analysts believe the issues are now over-discounted, creating an attractive entry point in a sector where stocks trade with dividend yields in the high single-digits. Some companies are also available at a discount to their net asset values.

On the day Noel picked up his shares, Bank of America became the latest City firm to place a “buy” recommendation on Taylor Wimpey alongside an unchanged 185p price target.

Their industry-wide note said the fundamentals of the industry remained solid, with supply running below demand and pricing still able to offset 5%-6% levels of cost inflation.

Cost of living pressures, progressively rising mortgage rates and the end of the Help-to-Buy scheme from 2023 mean the bank expects a slowdown in activity from next year, but believes this normalisation following favourable Covid-19 trends will be manageable.

The bank, which also has “buy“ recommendations on Barratt Developments, Persimmon, Redrow (LSE:RDW) and Vistry Group (LSE:VTY), adds that there may be potential for future M&A activity due to a combination of rising land prices and lower sector valuations. A resolution on the cladding issues may also provide a near-term catalyst.

On Taylor Wimpey, Bank of America believes the valuation now looks attractive given that the stock is trading in line with its net asset value and the company also recently announced a £150 million buyback plan for 2022.

It also speculates whether this month’s change in leadership could result in tougher medium-term margin targets beyond the current guidance for 21%-22%.

Pete Redfern, who has overseen the return of £2.85 billion to shareholders since becoming chief executive in 2007, is due to hand over the reins to Jennie Daly after the company’s AGM on 26 April. She joined the business from Redrow in 2014 and has been in her current role as group operations director since 2018.

The AGM in Marlow also marks an increase in responsibilities for Noel, who is about to join the remuneration committee and take on the role as the board’s employee champion.

He has been senior independent director since April 2020, having served on the board since 2019. Noel was chief executive of Land Securities from 2012 to 2020 and is a former president of the British Property Federation.

His purchase of 37,462 Taylor Wimpey shares last week adds to his existing holding of 46,674 shares, a figure disclosed in last month’s annual report.

Hough has been with the company for three years and marked his promotion on Friday to a boardroom role by spending £22,000 on shares at a price of 44p.

A day earlier, Rich picked up shares worth about £12,500 in his latest round of purchases since being named as chairman of the London estate agency business in September.

He has extensive boardroom experience, including as chairman of Hamptons International and a decade leading the board of warehouse firm Segro between 2006 and 2016.

The FTSE All-Share stock had been above 90p before the pandemic and 65p last April, only to fall to 31p in March. Recent annual results injected confidence after revenues rose 18% on 2019 levels and the company returned to the black with a profit of £5.6 million.

The improved performance and strong market conditions enabled Foxtons to reinstate the dividend under its policy of returning 35% to 40% of profit after tax to shareholders. It also handed over £5.7 million of excess capital via share buybacks.

The share price closed last week at 44p, which represents a rise of 41% on 11 March.