Recovery or no recovery, this could be a good time to increase or add Japanese equities, explains Cherry Reynard. 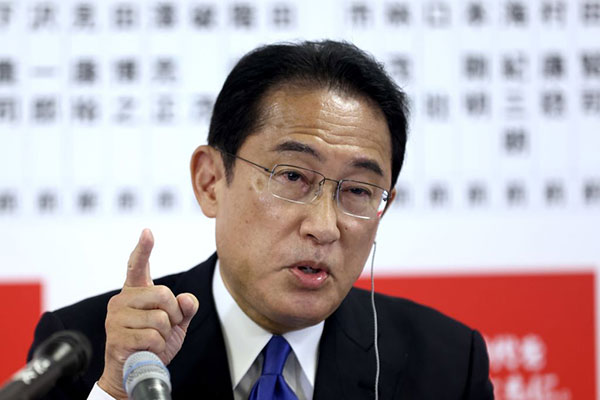 Until October this year, Japanese markets were among the very few that had barely registered a vaccine bounce. A lethargic roll-out programme, continued lockdowns and an unpopular Olympics meant there was little to lure investors to an already difficult market. There was also political inertia: newly installed prime minister Yoshihide Suga, the replacement for Shinzo Abe, appeared to lack his predecessor’s vision and grit.

This dismal picture started to change in September this year. Suga said he would not run for re-election and the Topix Index immediately rallied. Markets warmed to his replacement Fumio Kishida (pictured above), widely viewed as a more business-friendly alternative. The acceleration of the vaccine roll-out allowed the economy to unlock and it seemed like a brighter future was in prospect.

Joe Bauernfreund, manager of AVI Japan Opportunity Trust (LSE:AJOT), says: “The election of Kishida brought optimism about change. At the same time, the vaccine roll-out was progressing well - Japan now surpasses the US - and restrictions were being lifted. There was hope for a renewed stimulus, which led to a mini-rally in stock markets.”

Kishida secured a decisive election victory in November, but his honeymoon period seems unlikely to last. Recent economic data showed the Japanese economy contracted by 3% in the third quarter, against expectations of a 0.8% fall. As Bauernfreund says: “It may be better to travel than arrive.” Kishida may be a capable leader, but the Japanese economy has proved stubbornly resistant to change.

The new prime minister talks a good game. In an interview with the Financial Times, he firmly rejected the neoliberalism of his predecessors, saying it had not done enough to stimulate self-sustaining growth. “Abenomics clearly delivered results in terms of gross domestic product, corporate earnings and employment. But it failed to reach the point of creating a ‘virtuous cycle’... I want to achieve a virtuous economic cycle by raising the incomes of not just a certain segment, but a broader range of people to trigger consumption.”

Japan has suffered from lack of investor interest

Can he change the outlook for Japanese stock markets? It is a question asked so often of Japanese markets that investors may have stopped believing that anything will change. Many international investors appear to have decided that there are better, easier opportunities elsewhere. Bauernfreund says: “Japan suffers from a lack of interest. It is a declining proportion of the MSCI World Index and investors tend to focus on the larger, if costlier, markets of the US and China. Japan is generally overlooked and seen as less relevant.”

Nevertheless, this may be where the opportunity lies. Hit Japan at the right moment and it has proved a profitable option. Gavin Haynes, investment consultant for Fairview Investing, says the new government at least creates a benign backdrop. “The new government is considered to be settled and has proved favourable with investors. They look set to create a more market-friendly environment,” he says.

No one expects miracles from Japan’s economy, but there don’t need to be miracles for the stock market to improve. Haynes points out that Japan has always about been about country versus companies. There are plenty of firms that are financially strong, cash generative and highly profitable.

There are reasons why it could be a better time for Japanese companies whatever happens to the Japanese economy. The country is often seen as an outward-facing market, with plenty of exporters and cyclical companies. It should therefore be a beneficiary of global growth, but the usual bounce has been conspicuously absent. Bill Dinning, chief investment officer at Waverton, says: “Japan is still the great global cyclical market. The periods where it does better tend to coincide with times when foreign investors are net buyers. They often provide the momentum behind the market. There is a positive correlation between foreigners net buying and the Topix. Today, foreigners are buying more than at any time since 2013 (according to data from Japan Exchange Group).”

Bauernfreund agrees that Japan would normally do better at a time when the global economy is recovering: “What has surprised us is that Japan is generally perceived to be a play on global economic growth. There are lots of cyclical companies, particularly at the small end. We would have expected Japan to be the ultimate play on the normalisation of the global economy after Covid.”

There are also plenty of stock-picking opportunities. Japanese companies have operated against a difficult backdrop for decades and are well-versed in dealing with a testing environment. Bauernfreund says: “Many Japanese companies are doing well on an operational basis, growing their profits and growing their businesses. They have cash on their balance sheets.”

Equally, many companies are moving away from the sclerotic corporate culture that has tended to stifle innovation. This is partly regulation-led – under Abe’s ‘third arrow’, which dealt with corporate reform. However, increasingly companies are self-starting. For example, Dinning points out that Japanese companies have made significant strides on their environmental, social and governance (ESG) footprint.

He says: “Japanese companies are thinking more like other global companies. Toyota (NYSE:TM), for example, is very well positioned in terms of electric vehicles. The market doesn’t give it enough credit, but its ranges are very competitive and it has lots of experience with hybrids.” 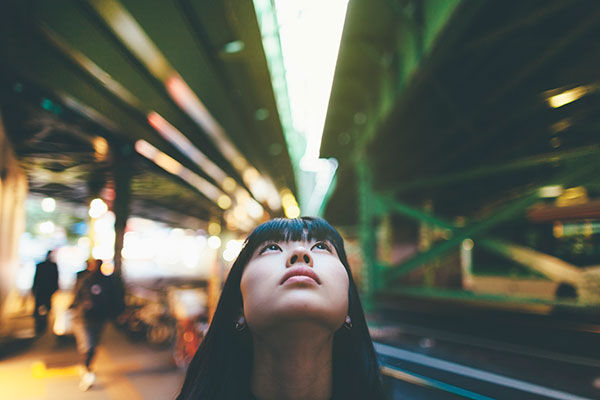 An important change for many Japanese companies has been in digitisation. Prior to the pandemic, the country was a digital laggard. This meant that while much of the world transitioned seamlessly to working from home, Japanese companies struggled. Many were exclusively paper-based, particularly the smaller companies and did not have the technology in place to facilitate agile working successfully. The pandemic has forced wholesale change, which in turn, is improving productivity.

The government is backing this strategy, launching a new Digital Agency in September, designed to shift the government’s antiquated IT systems and paper-based services into the digital era. Bauernfreund says: “Companies are having to invest in their software capabilities, integration and digital transformation. There are still productivity gains to be unlocked.”

Companies have the cash on their balance sheets to create this transformation. However, because of the lack of participation and research in Japanese markets, Bauernfreund says that an external catalyst is often needed to unlock the value in Japanese companies. In other regions, that has been merger and acquisition activity, but Japan has previously been uncomfortable about aggressive takeover activity.

He points out: “A number of companies shouldn’t exist as public companies and would have been taken over or sold in a different market. Japan has always struggled with changes of corporate ownership.” He believes this is changing. Just prior to the pandemic, in 2019, there were record levels of corporate activity in Japan. Covid-19 inevitably depressed activity levels, but the number of transactions is starting to revive.

Focusing on the micro over the macro

Haynes says that capable stock pickers have always been able to do well in Japan whatever the political and economic weather. He prefers to steer clear of the large caps, which tend to be stodgier and less dynamic, preferring fund managers who can look further down the market-cap spectrum. In this, he highlights the team at Baillie Gifford and the successful, if volatile, Martin Currie Japan Equity (formerly Legg Mason), run by Hideo Shiozumi. The Martin Currie fund tends to be either top or bottom of the performance tables. At the time of writing (in early November), it is seventh out of 103 funds over five years, but 124th out of 126 funds over one year. This suggests it might be a moment to buy. The fund is a member of interactive investor’s Super 60 rated list of investments.

Over the past year, the top performers have included Man GLG Japan CoreAlpha, Nomura Japan Strategic Value, and M&G Japan.

Ultimately, the political environment isn’t likely to make the difference for Japanese stock markets. Almost every economic theory has been thrown at the Japanese economy, but even the visionary Shinzo Abe couldn’t bring about self-sustaining growth. The key for Japan investors is the corporate sector and here, there are encouraging signs. Improving productivity, greater receptiveness to ESG issues and improving innovation are colliding with low valuations, a global cyclical rebound and, potentially, renewed international interest. This could be a better time for Japanese equities, recovery or no recovery.